A comeback victory for Albert Lea 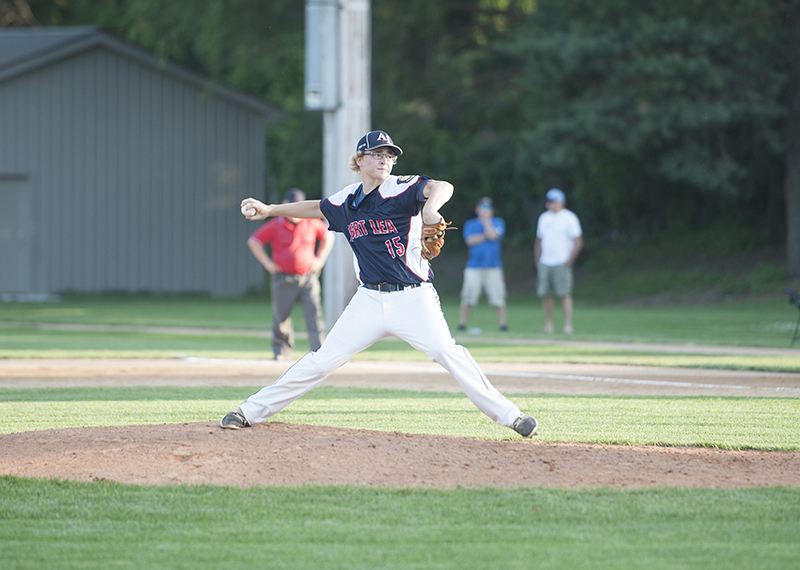 Fresh off its dominating win over Kasson the night before, Albert Lea American Legion Post 56 hosted Rochester Mayo in hopes of making it two wins in a row.

Despite losing the lead late in the game, Albert Lea rallied with a multi-run sixth inning to down Mayo, 7-4.

Post 56 wasted no time getting on the board, scoring a run in the bottom of the first inning after retiring the first three Mayo batters of the game. Koby Hendrickson was walked to reach first base and was advanced to third on a throwing error. Alex Bledsoe then hit a deep fly ball to center that was caught, but was enough to bring Hendrickson home for the first run of the game.

Albert Lea played a stellar defensive half inning in the second, once again setting down the first three batters. In the bottom of the second, Garret Piechowski led off with a hard-hit single. He was advanced to second on a sacrifice bunt by Ty Harms and went to third on a passed ball. Parker Andersen then hit in the second run of the game on a shallow sacrifice fly down the left field line.

Rochester Mayo recorded its first hit of the game in the third inning, but it was to no avail, as the runner was left on base when the inning ended. 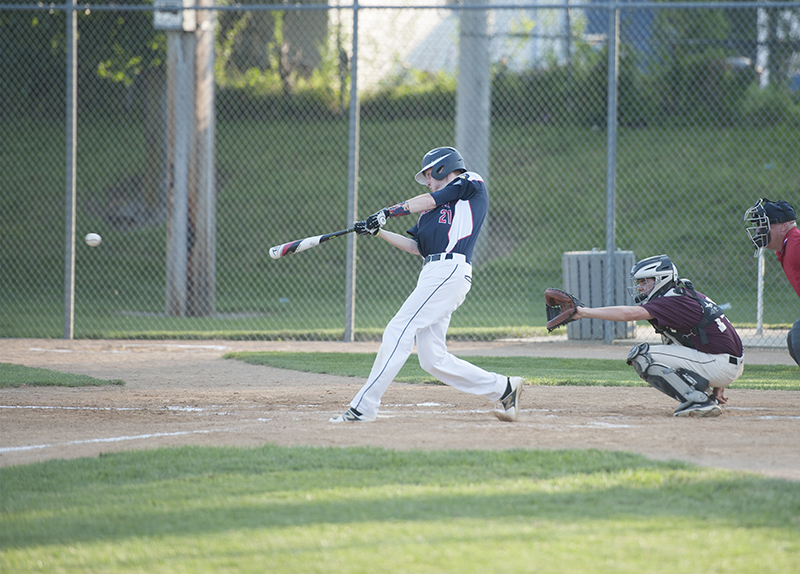 Both teams would struggle at the plate though the fourth and fifth innings. Andersen and Carter Simon each recorded a two-out single in the bottom of the fourth, but were left stranded after a pop out ended the inning.

Rochester Mayo capitalized on some walks in the sixth inning. With the bases loaded, a Mayo batter hit a line drive that just barely snuck over the center field fence. Rochester Mayo took its first lead of the game into the bottom of sixth inning, 4-2.

Albert Lea responded with a multi-run inning to take the lead right back. Riley Larson led off with a second-base hit  in the left-center gap. Piechowski hit a single to put runners on the corners, followed by an RBI single from Harms.

Down by one run with no outs, two errors made by Rochester Mayo pushed the tying run for Albert Lea across the plate. A sacrifice hit from Hendrickson and a sacrifice fly from Zach Edwards brought in two more runs, and an RBI single from Alex Goodmanson brought the Albert Lea lead to three runs heading into the seventh and final inning.

Albert Lea’s defense sprung back to life in the seventh inning, shutting down all hopes of a Mayo comeback by retiring the first three batters.

Brock Hammer made the start on the mound for Albert Lea. Hammer pitched five innings, allowing four runs on three hits while striking out four batters.

Drake Dawson came in for relief in the sixth, pitching for two innings — allowing zero runs on zero hits and striking out zero batters.

Post 56 improves to 7-2 this summer and will be back in action Friday at home against Austin. First pitch is set for 6:30 p.m.