A.L. man charged with swinging knife at man during fight

An Albert Lea man who allegedly swung a knife at someone during a fight Thursday was charged with a felony Friday in Freeborn County District Court.

Timothy Dennis Crowder, 54, is charged with second-degree assault with a dangerous weapon. 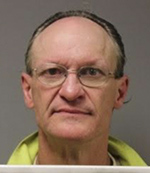 Court documents state Crowder was charged after officers were dispatched Thursday to Court Street in response to multiple calls about a fight involving a knife.

Court documents state when police arrived, several witnesses said Crowder and another man were in an argument and Crowder swung a knife at him.

The alleged victim reportedly said he lent a power drill to Crowder, who refused to give it back when he attempted to get it.

Court documents state Crowder threw the drill at the victim, nearly hitting him in the head. The argument continued, and Crowder allegedly went across the street to his yard, picked up a large stick and approached the alleged victim. After the alleged victim’s smaller stick broke during the fight, Crowder reportedly retrieved a knife from his yard, returned to the scene and began swinging it at the alleged victim.

Court documents state Crowder returned to his yard once he was told police were on their way.

A knife was reportedly later found under the stairway leading to Crowder’s apartment.

Judge Ross Leuning released Crowder on his own recognizance, contingent on him engaging in no assaultive behavior, having no contact with the alleged victim, not entering bars or liquor stores and following other court requirements.

Crowder’s next court appearance is scheduled for Aug. 9.