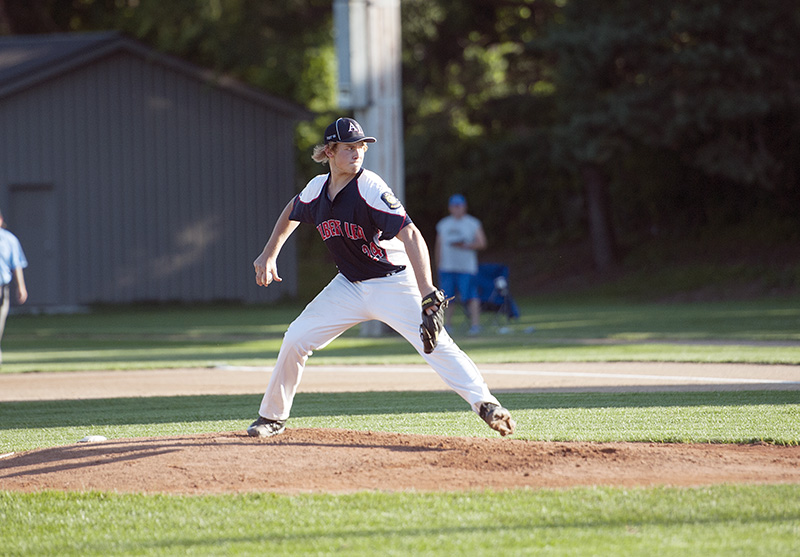 Despite giving up two runs through the first two innings, they were able to use many multi-hit innings to top Kasson, 14-4.

Kasson led off the game with a deep double that was later batted due to an error. Albert Lea responded in the bottom of the inning by scoring one run and tying the game. Zach Edwards reached on a walk and Isaac Moyer came in to pinch run. Moyer was then hit in on an RBI single off the bat of Alex Bledsoe.

Again, Kasson was able to push a run across in  the second inning, but Albert Lea did more than just tie the game back up in the bottom of the inning. 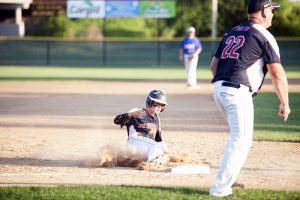 Singles from Garret Piechowski and Alex Goodmanson and a walk from Ty Harms loaded the bases. Edwards stepped up and hit a towering double that was misplayed by the outfielder and brought in three runs. Bledsoe then brought in his second run of the game on a double that lined into left-center field.

After a strikeout ended the inning, Albert Lea took a 5-2 lead into the third inning.

A stellar defensive inning put Albert Lea in prime position to open up its lead even further.

It seemed as though Albert Lea would let the opportunity slip from its grasp after the first to at-bats resulted in outs. However, Albert Lea wasn’t going to give up the inning just yet.

A walk from Simon and Harms and a single from Piechowski loaded the bases once again. Alex Goodmanson was hit by a pitch to bring in one run. Edwards then stepped up and hit another RBI double to bring in another two runs, before the inning ended on a popout.

Post 56 kept their momentum rolling into the top half of the fourth inning, allowing just one base runner. They used another huge batting performance to take  an insurmountable lead into the fifth.

Kasson battled back a little in the fifth inning, earning two more runs to add to their total.

However, Albert Lea ended the game early in the next half inning. Edwards reached first on an error. Bledsoe advanced him with a single, and Goodell hit him in with a liner to left field. Bledsoe then scored on a passed ball and  Hammer ended the game with an RBI single to shallow right field.

Post 56 will be back in action Tuesday night when they host Rochester Mayo.