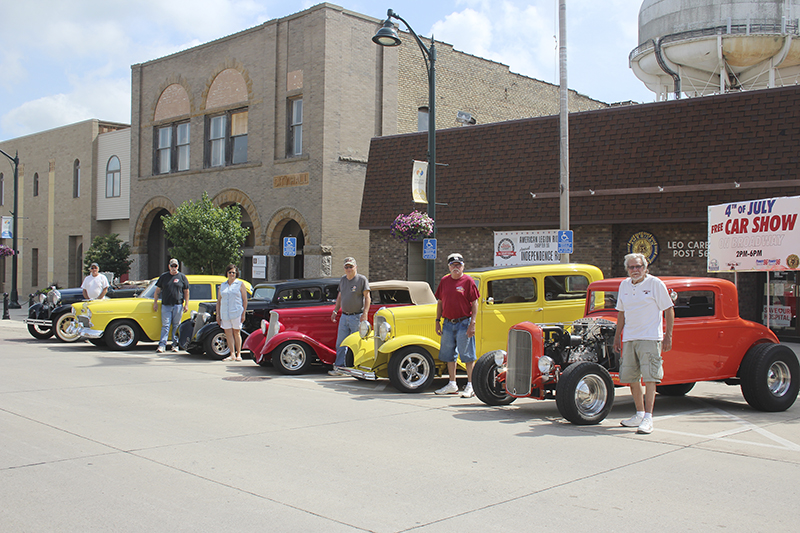 The organizer of the Albert Lea American Legion’s Fourth of July car show is hoping a midweek holiday means a higher than average turnout at the ninth annual show.

In the past, show organizer, Legion volunteer and Old Car Company member Dave Skogheim said the show usually gathers around 100 participants. Each year, the show garners more interest from the public, he said.

“It’s something to do on the Fourth,” Skogheim said. And without a long Fourth of July weekend, there is the chance more people would be in town, he said.

Skogheim said a lot of the cars in the show are from Freeborn County or people he knows in Mason City, Iowa.

One of those cars will be the 1932 Plymouth Coupe — a fenderless hot-rod owned by Skogheim himself for 60 years. Patti and Wendell Nesse’s 1934 black Chevy sedan will also be in the show, along with another car.

“Since we got married, I’ve done (car shows) with them for that long,” Patti Nesse said. “It’s just fun.”

Patti Nesse said she believes those who come to see the cars like the adventure of it as well as a chance to look back in time.

Skogheim’s Plymouth will be in the Third of July Parade to spark interest for the show, with a raised banner on the back bumper for advertisement.

The car show will run from 2 p.m. to 6 p.m. July 4. Cars will line North Broadway Avenue from Clark Street down to Fountain Street.

In addition to vintage cars, there will be burgers, brats and 50s and 60s music. There will also be door prizes donated by local businesses.

Three trophies will be given out at the show: one each for the Mayor’s choice, the Commander of the Legion’s choice and the people’s choice. Those attending can vote for their favorite car.

Albert Lea has several other events to celebrate the holiday over the course of the week. 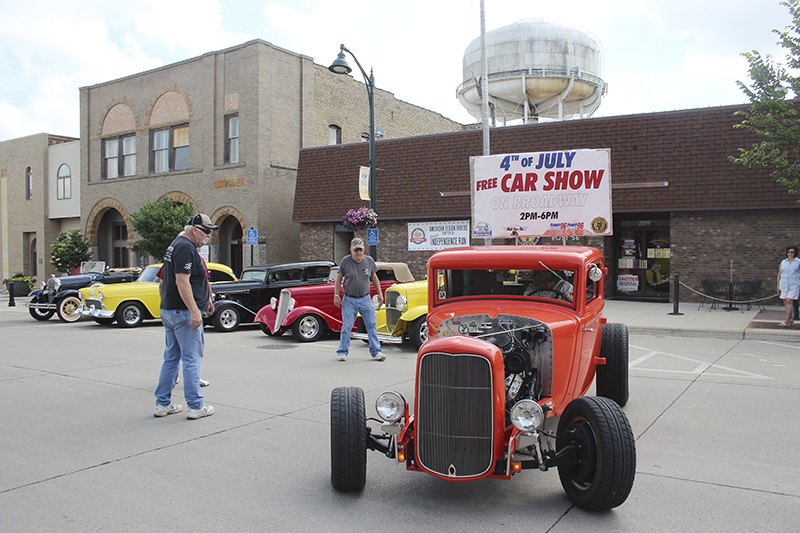 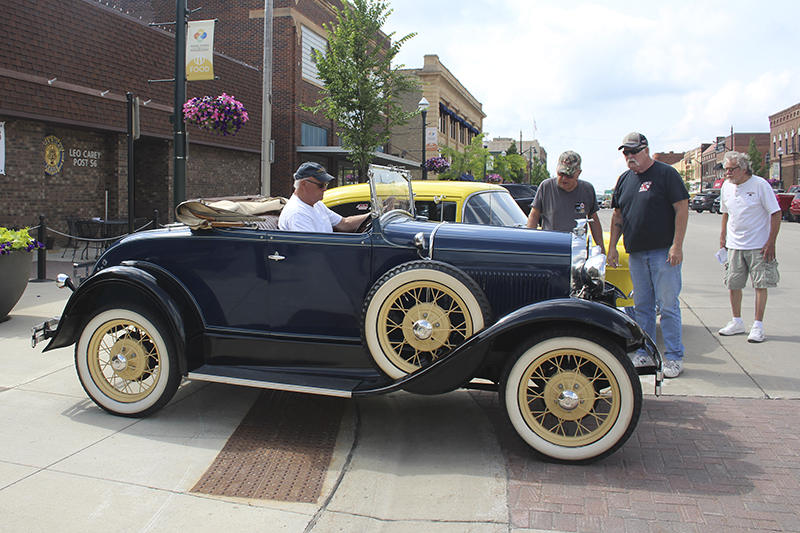 Cobb Knutson pulls his 1931 Ford into place in front of the Legion for a photo preview of the classic car show, which will take place on July 4. – Sarah Kocher/Albert Lea Tribune