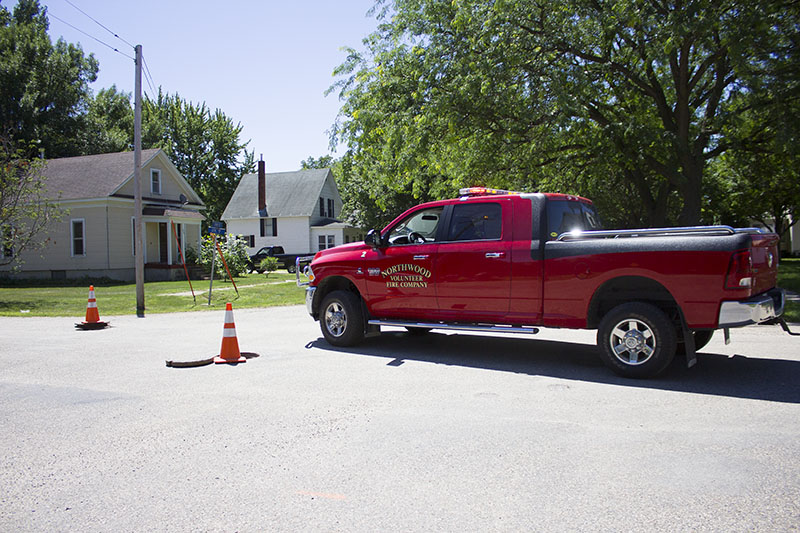 Residents allowed back in after about 2 hours

NORTHWOOD — Approximately 200 Northwood residents were evacuated for a few hours Tuesday after a gas line was struck at the intersection of 10th Street and Sixth Avenue.

The Worth County Sheriff’s Office advised residents within approximately 330 feet of the site to evacuate after the gas line was struck at about 10:40 a.m. The Olson Building, adjacent to the Northwood library, was open for evacuated residents.

Residents were allowed to return to their homes before 1 p.m, according to the Sheriff’s Office.

According to authorities, Alliant Energy crews were placing cable when they struck the gas line.

Power and gas lines were briefly shut off.