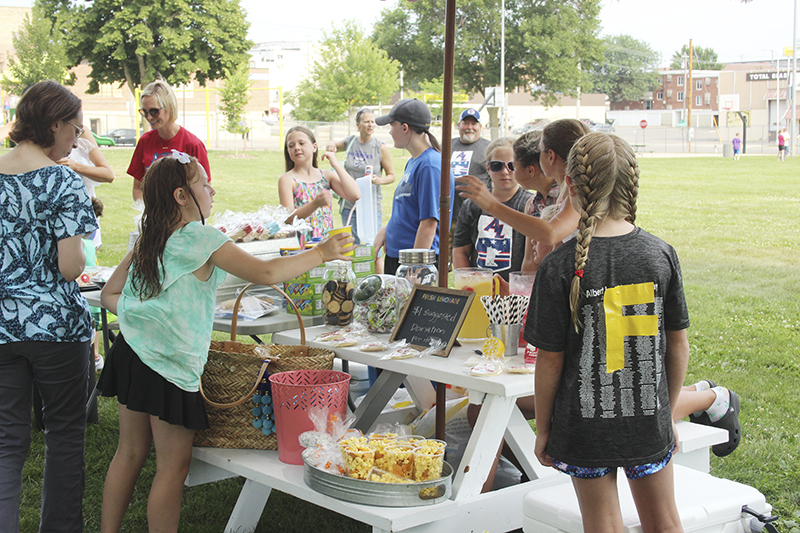 Community members stepped up to the plate Wednesday — with lemonade in their hands — in response to a local child’s death.

That response was a lemonade and baked goods stand under a grass umbrella at Morin Park set up ahead of a 5:30 p.m. tee-ball game played by the team of 6-year-old Finn Ellsworth, who died Saturday. Teammates took to the field with a bold capital “F” stuck to the back of each shirt in yellow duct tape.

“It’s amazing the support that this community brings when a family has had the unimaginable happen,” Kim Erickson said of the lemonade stand. Erickson was there along with several members of a girls’ hockey team who play with Finn’s sister.

Abby Murray said she didn’t know the family well, but helping run the lemonade stand was an opportunity to support from the back end, to bring people together who did know Finn well and to give them a way to donate. It also represents a sport Finn loved: tee-ball.

The group set up the stand at 4 p.m., Murray said, and had to add another table to hold the baked goods brought in by community members for the stand to sell. 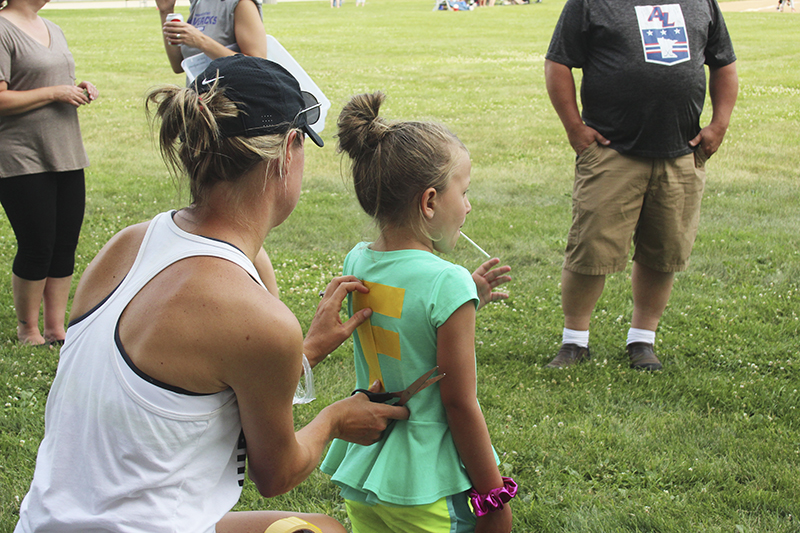 Lydia Sorenson tapes a yellow “F” to a child’s back at the lemonade stand Wednesday in memory of Finn Ellsworth. – Sarah Kocher/Albert Lea Tribune

“It’s just amazing what a community does when there’s a family in need, and that’s why we did this,” she said.

“Finn was a very nice kid,” Bjorklund said — he always asked her if she wanted to sit by him on the bus.

“Finn could light up a room, just by his smile,” Erickson said.

Lydia Sorenson, who helped run the lemonade stand and whose husband coaches Finn’s tee-ball team, remembers smiling and laughing when she watched Finn bat at tee-ball: after he hit the ball, he would swing the bat full-circle.

Erickson said community members are also recognizing Finn, who also played hockey, by putting a hockey stick outside their doors.

Authorities confirmed the boy drowned after falling into an unused outdoor swimming pool Saturday evening during a family gathering in rural Mower County. The Mower County Sheriff’s Office has stated the death appears to be accidental.

Proceeds from the lemonade stand will go to the Ellsworth family. Those who would like to support the family financially can also make checks out to the Finn Ellsworth family. There is an account at Farmers State Bank, 1452 W. Main St. in Albert Lea, to which checks can be dropped off or mailed.

— Mike Stoll contributed to this report. 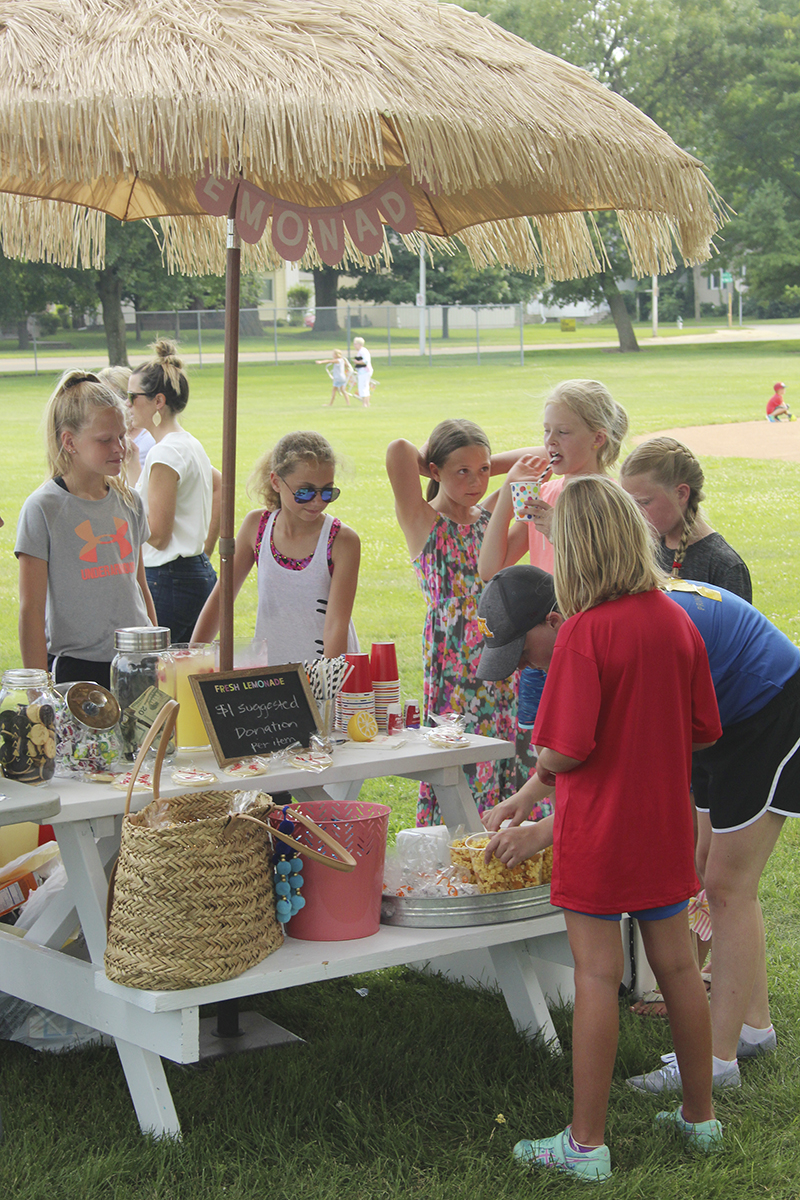