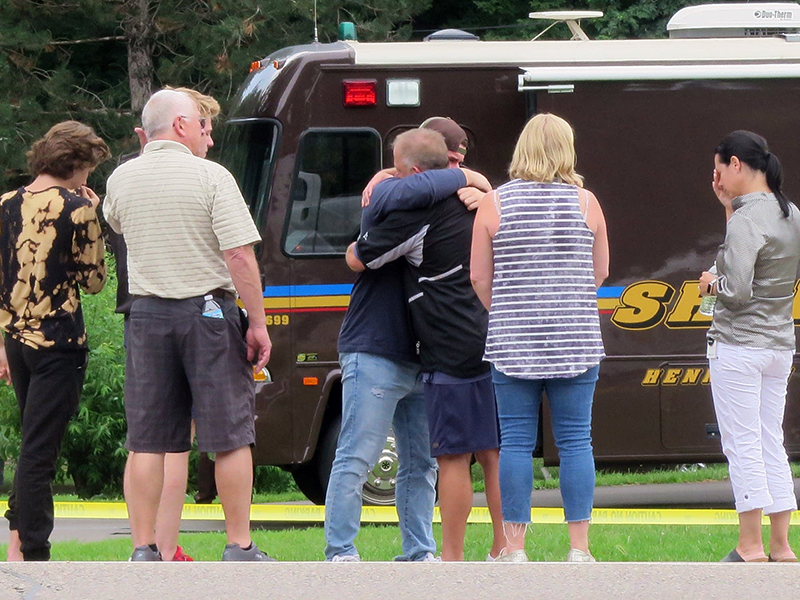 People mourn along Highway 7 near the scene of an officer-involved shooting in Chanhassen on Friday. - Matt Sepic/MPR News

The Minnesota Bureau of Criminal Apprehension is investigating the killing of a 16-year-old boy in Chanhassen Friday by Carver County deputies.

The agency said the deputies were called to a home in the 6400 block of Oriole Avenue following a 911 call at about 10 a.m. from a woman reporting her son was suicidal and was threatening her with knives and a baseball bat.

Deputies arrived and tried to subdue the teen with a stun gun. Without providing details, the BCA said “at one point” the deputies fired their weapons, killing him. 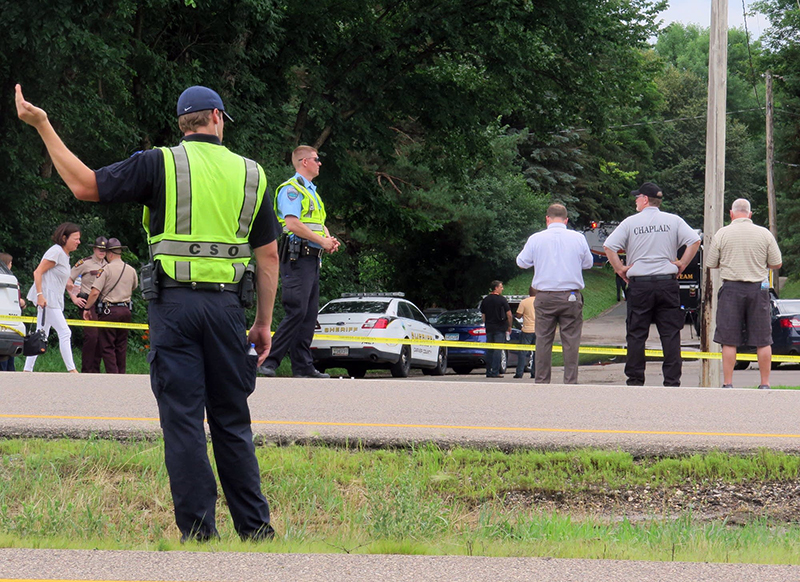 A policeman directs traffic along Highway 7 near the scene. – Matt Sepic/MPR News

One deputy was taken to a Chaska medical center for non-life-threatening injuries. He was treated and released. Both deputies are on standard administrative leave.

Body cameras and dash cam video may have captured portions of the incident, the BCA said, adding that its agents are conducting interviews with witnesses and incident participants.

The teen’s name not yet been released.

Heather Samdahl said she lives on the street where the shooting occurred. She said she was pulling out of her driveway Friday morning when she saw police pulling out guns and heading down the street.

She told MPR News she called a friend who was still in her house.

“She was on the phone with me when she said she just heard gunshots and that she’s a wreck and then all of a sudden there were more gun shots and she hung up the phone,” she said.