Dick Herfindahl: August signals the beginning of a new season 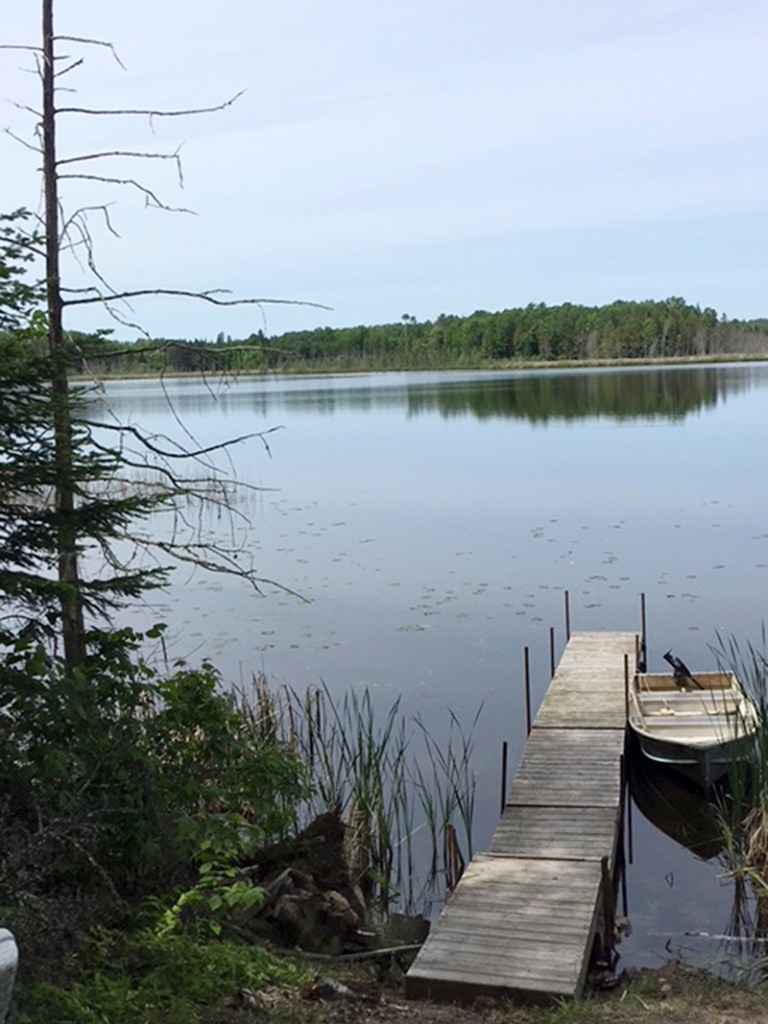 This is the small lake in northern Minnesota where the Herfindahl cabin is located. The lake has a good number of bass, sunfish, perch and crappie — which is a perfect mix for any fisherman. - Provided

As we turn another page on the calendar, it is obvious that the days of summer will eventually be getting shorter. This does not mean the end of fishing or of spending time camping and enjoying the outdoors. Rather, it is actually the beginning of a new season of doing all things outdoors. Fishing can be very good in late summer and fall, which is actually one of my favorite times of year to be on the water wetting a line.

When I had a permanent campsite on Lake Tetonka in Waterville, I looked forward to the fall and the more laid back times at the campground. Occasionally in the fall, I would go to the campground during the week and on the days that I would venture out on that big lake I would hardly see another boat around.

When my son Brian and I purchased our little piece of land in Northern Minnesota, which had always been my dream, I left the campground with mixed feelings. I was excited to own what I often referred to as “my little piece of God’s Country” and I have never regretted it for a minute.

What I do miss about the campground is seeing the friends that I had made over the years at Best Point. Jerry and Linda Miller, the owners, were super people and they treated you like family. As the years passed, I reflected on how I always looked forward to the campfires where a few fellow campers would gather around and swap stories, which always included a few laughs.

As I moved on to our new adventure, I realized that it would be a lot of work but it was, and still is, a labor of love. With my two sons, some friends and our grandsons, we cleared the land ourselves, built the cabin and since have slowly made it a “real” cabin. This cabin is special to me because it started out as land on a little lake that was all woods and eventually bloomed into a nice little cabin. This cabin has very special meaning to me because it was built by our family and for our family and friends to enjoy.

When I think of fishing, I don’t believe there is a more refreshing feeling than being on the lake in late summer and fall as the sun slowly rises on a late summer morning. There has always seemed to be something magical about the cool air and the fog that slowly lifts to give way to that morning sun. Nothing gets the adrenaline flowing like the silence of the moment being broken by the sound of a fish jumping nearby on a cool, still and foggy August morning. It’s still too foggy to see them, but you can hear them as they feed on the surface.  For anyone that has ever dreamt as a child about catching the lunker that lurks around the next point, this has to be what it’s all about.

I’d guess that if you are a true fisherman, the child in you never quite goes away. It’s not always about how many fish you boat or about catching the biggest one. It’s about being there and knowing that the biggest one that you’ve ever caught may be just in that next pocket in the stream, under those lily pads or lurking under the branch of that fallen tree.

Many years ago, I read an article about a young boy who was always trying to catch this big old bass that lurked in a pool in this creek that he fished quite often. He became almost obsessed with catching the fish, which he had actually given a nickname to.

One day he finally realized his dream and was able to catch the fish. He was alone at the time and had nobody there to witness the great accomplishment. He surprised even himself when he decided that the only right thing to do was release the old fish out of respect for all the times the fish had gotten the better of him. He said he felt a certain “good feeling” and sense of accomplishment even though he never told anyone about this for quite a few years.

Until next time, enjoy the outdoors and maybe even take a little time to hang out by a lake, wet a line or just sit back, relax and take it all in.

Please remember to keep our troops in your thoughts and prayers, because they are the reason we are able to enjoy all the freedoms we have today.