Eunice Isackson, 91, died peacefully on Friday, July 13, 2018, at St. John’s Lutheran Home in Albert Lea. A memorial service for Eunice I will be at 11 a.m. Wednesday at First Lutheran Church in Albert Lea with visitation one hour prior. The Rev. John Holt will officiate. A private interment will take place at Hillcrest Cemetery in Albert Lea. Bonnerup Funeral Service is assisting the family. 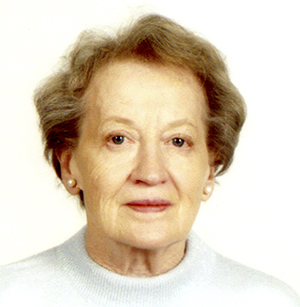 Eunice Audrey Lee, born on April 25, 1927, grew up in rural Brookings County, South Dakota, in a family of eight children. Eunice graduated from Volga Public High School, the University of South Dakota ­— Vermillion with an advertising art degree and later from Mankato State College with an art education degree. She worked for a department store as a fashion illustrator in Sioux City, Iowa, and as a layout artist for a small printing company in Sioux Falls, South Dakota. She taught art in part-time positions in Albert Lea and Glenville Public Schools. As a member of the Ann Arbor Michigan Art Center and Albert Lea Art Center, she did many watercolor and oil paintings. Her most precious pieces are graphite drawings of her children as they were growing up. She was included in a stained glass church committee and did drawing designs for panels in the newer entrance of First Lutheran Church in Albert Lea.

Eunice and Marwood enjoyed traveling extensively around the world.

Eunice and Marwood married on Sept. 3, 1950, and raised four sons: David (Gloria), Paul (Sherry), Mark and Steven. They were also blessed with a grandson, Kris Isackson. Other survivors include two sisters, Hazel Schecher of Rapid City, South Dakota, and Marlys (Roger) Bawdon of Saltillo, Texas; two brothers, Melvin (Mary) Lee and Stanley Lee all of Sioux Falls; and many nieces and nephews.

She was preceded in death by her husband, Marwood; parents Oscar and Leah Lee; and three brothers, Leon, Eugene and Gordon Lee.