Gary Lee Robbins, 68, of Wells died Wednesday, July 18, 2018, surrounded by his family at his home. Mass of Christian burial will be at 10:30 a.m. Saturday at St. Casimir Catholic Church in Wells. The Rev. Matt Fasnacht will officiate. Visitation will be from 4 to 7 p.m. Friday at Bruss-Heitner Funeral Home in Wells and will continue one hour prior to the service at the church Saturday. Gary will be laid to rest at St. Casimir Catholic Cemetery in Wells. Bruss-Heitner Funeral Home in Wells is assisting the family. To leave an online condolence, visit www.brussheitner.com. 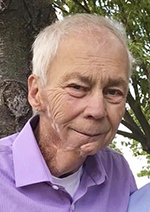 Gary Lee was born March 21, 1950, in Winnebago, to Floyd and Alice (Pierce) Robbins. He married the love of his life, Karen (Sonnek), on May 17, 1986, at St. Casimir Church in Wells. Gary spent most of his career serving his community and others. In addition to a life-long career in law enforcement, he served 13 years as a member of the Wells volunteer ambulance crew and 20 years as a volunteer on the Wells Fire Department. Gary was proud to be able to serve his community as the Wells chief of police and finish his career at United South Central as the liaison officer, interacting with students and teachers.

When not busy serving his community, Gary enjoyed his free time watching his children and grandchildren compete in many different sporting events. He also enjoyed his time on Lake Mille Lacs at his in-laws’ cabin relaxing, working on projects and fishing. However, Gary’s goal in life was to put a smile on the face of everyone he met to hopefully make their day a better day.

Gary is preceded in death by his parents Floyd and Alice Robbins; his brother, Jim Robbins; and father-in-law, Donald Sonnek.