Memorial services for Gary S. Wangen will be at 11 a.m. Saturday at Leo Carey American Legion Post 56, 142 N. Broadway in Albert Lea. Visitation will be at 10 a.m. until the time of the service. Interment will follow at Lakewood Cemetery in Albert Lea. Online condolences are welcome on palmermortuary.com. 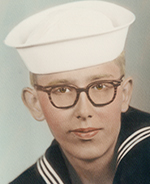 Gary was born Nov. 3, 1941, in Albert Lea to William G. and Lenore (Styve) Wangen. He attended Albert Lea High School with the class of 1959. He was proud of his military service in the U.S. Navy from 1959 to 1963 and was a 51-year member of American Legion Post 56 in Albert Lea. He had a long career in manufacturing operations, beginning with Scotsman in Albert Lea and retiring in 2003 from Foam Enterprises in Plymouth.

Gary was united in marriage to Cynthia Light on June 15, 1991, in Plymouth. 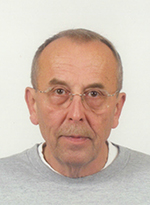 He was preceded in death by infant son, Steven; and his parents.