‘I love the fair’ 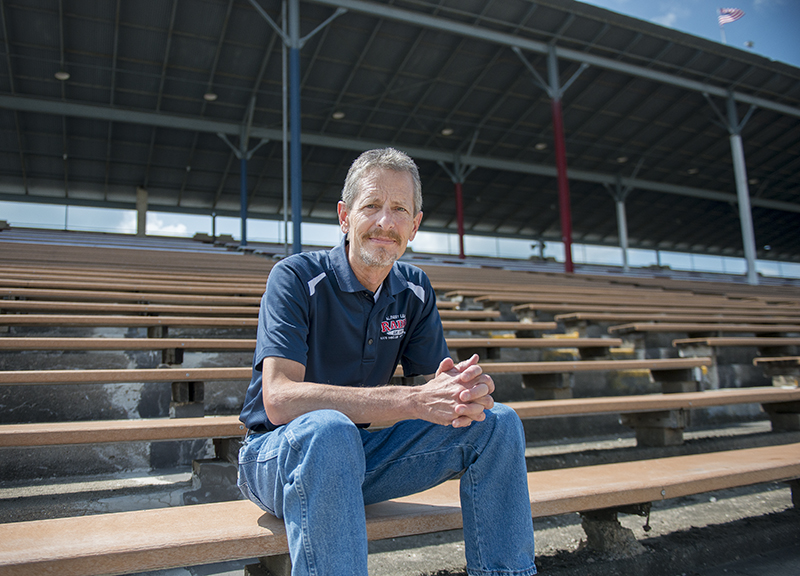 Mike Woitas is the Freeborn County Fair manager, and has served on the fair board for over 20 years. - Colleen Harrison/Albert Lea Tribune

On Friday afternoon, Freeborn County Fair Manager Mike Woitas worked with his office staff as the Fairgrounds lay empty in wait of next week’s fair that could draw 100,000 people.

This year’s fair is Woitas’ first as manager. He has served on the fair board for more than 20 years.

“I love the fair,” he said. “It’s always been an opportunity to bring people into Albert Lea, showcase what we think is one of the best county fairs in the state.”

Woitas begins attracting artists to entertain at the fair each November and works with a promoter: Variety Attractions in Ohio. The fair works around events such as WE Fest in Detroit Lakes.

“We’re known for our up-and-coming country artists, that’s what we’ve always known — from Garth Brooks to Lori Morgan — that have been here,” Woitas said.

“We’ve got something for every demographic, and that’s what it’s all about.”

To fund a entertainer who costs $40,000, Woitas said 4,000 people need to pay a $10 admission cost. Higher-priced entertainers typically perform at the fair Fridays and Saturdays because those are higher-traffic nights.

Per the contracts, Freeborn County Fair entertainers are not allowed to perform within a 100-mile radius of Albert Lea 30 days prior to the fair and 60 days afterward.

“With Tree Town in Forest City, we’ve put offers in for some of those entertainers, but obviously it falls in that radius clause, so we’re not able to get them,” Woitas said.

A typical day for Woitas during the fair starts at 7:30 or 8 a.m. He typically stays on the grounds until 1 a.m. each night.

Woitas serves on the fair board with Troy Thompson, Norm Fredin, Gordon Toenges, Paul Hansen, Don Nolander and Larry Irvine. Woitas noted the fair has less than half the board members of some neighboring counties.

“To put on an event like this — it’s quite an undertaking,” he said.

To Woitas, seeing fairgoers having a good time is his No. 1 objective during the fair.

“That’s my gratitude, making sure that when people come to our fairgrounds, that they have that good impression when they leave so that they know that they’re coming next year,” he said.

Woitas expects Joy to possibly draw 6,000 people to the Grandstand. As of Friday afternoon, pre-show tickets to Adkins have reportedly nearly sold out.

Fair office manager Lisa Fruechte said Woitas is “doing an outstanding job” in his first year as fair manager and expressed confidence the fair will be successful.

“I have no doubt,” she said. “Because things are running really smoothly, and we have a good team.”