The funeral service for Judith Kay Anderson of Albert Lea will be at 1 p.m. Monday at Grace Lutheran Church. The Revs. Jennifer Gonsalves and Kent Otterman will officiate. Interment will be in East Freeborn Lutheran Cemetery. Visitation will be one hour before services at the church. Bonnerup Funeral Service is assisting the family with arrangements. 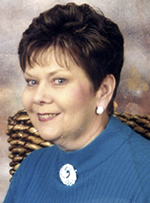 Judy was born to Lester S. and Pearl G. (Enderson) Anderson on Aug. 16, 1946, in Albert Lea. She was baptized at East Freeborn Lutheran Church in 1946. She was raised by her aunt and uncle, Lucille and Oscar Kittelson, who later in life adopted her.

Judy attended and graduated from Albert Lea area schools. She continued her education at Austin Junior College and Mankato State University, where she obtained her bachelor’s and master’s degrees in health science and rehabilitation counseling. Judy lived in Minneapolis and Mankato, but most of her life in Albert Lea. She held various jobs in counseling and rehabilitation, including positions at REM, Senior Resource Center in Albert Lea and most recently at Lutheran Social Services.

Judy was a member of Grace Lutheran Church, where she was active as a Sunday school teacher, Bible school teacher and was on many committees, including the visitation team. Very strong and dedicated in her faith, she recently enjoyed participating in services at Good Samaritan Society of Albert Lea, where she appreciated Otterman’s ministry and friendship.

Judy enjoyed crafting, baking, cooking, reading the Bible and visiting with her many friends. She enjoyed entering her crafts into the Freeborn County Fair, for which she won many ribbons.

Judith is survived by her siblings Sharon (Ray) Smith of Blaine, Cindy (Kerm) Balvance of Forest City, Kathy (Jim) Thompson of Lake Mills, Peggy (JB) Hamersly of Glenville, Steven (LeAnn) Anderson of Lake Mills and Craig Anderson of Lake Mills; and many nieces, nephews, great-nieces, great-nephews and cousins. Judy is also survived by those who made a difference in her life: special friends Jolean and Ryan Shea, Brianna (Darren) and Isaac Shea of Albert Lea and Kara (Chris) Waldron of Waseca.

She was preceded in death by her parents Les and Pearl Anderson; her adoptive parents Lucille and Oscar Kittelson; brother, Leslie Anderson; her special friend, Jim Boyer; brother-in-law, Jerry Fetland; grandparents Cora and Martin Enderson and Sever and Helen Enderson; and many aunts, uncles and her special canine friends Scooter and Kia.

Judy was a devoted Christian gal with a strong faith in her God, which got her through the many struggles in life. She loved her family and many friends. Blessed be her memory.