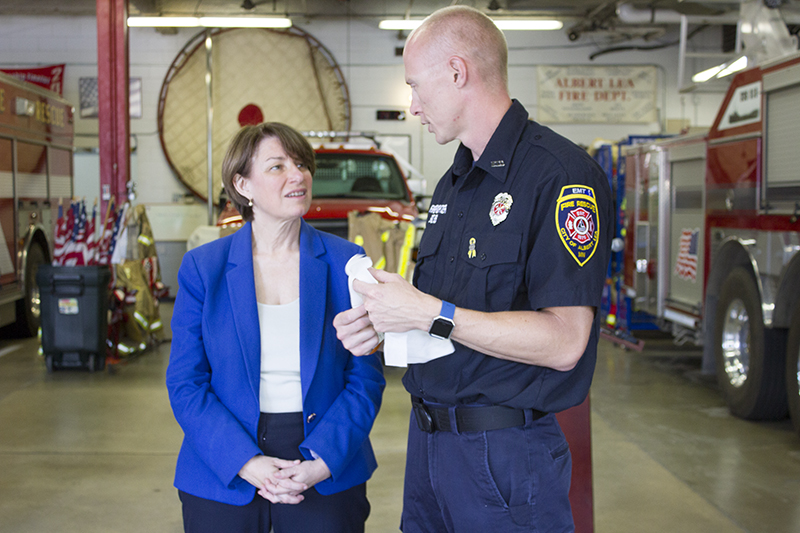 Klobuchar met with Albert Lea firefighters to discuss the recently-passed Firefighter Cancer Registry Act, which calls on the Centers for Disease Control and Prevention to monitor and study the relationship between career-long exposure to dangerous fumes and toxins and the incidence of cancer in firefighters.

The bill is awaiting signature by President Donald Trump.

Klobuchar was given a guided tour of the station and information about how the department helps prevent cancer. 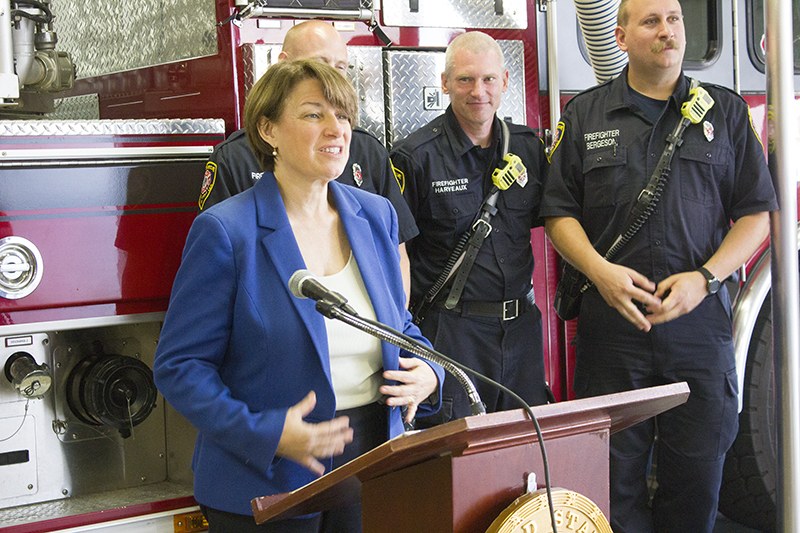 Three of the Albert Lea Fire Department’s 16 firefighters were diagnosed with cancer within one year.

Klobuchar said buildings now include more flammable materials, adding a recent study found the No. 1 cause of death for firefighters is cancer, not fires.

Albert Lea firefighter Brett Boss, diagnosed with Ewing’s sarcoma in December 2014, discussed his treatment. Boss, who has been in remission for nearly three years, returned to full-time duty by October 2015.

After the meeting, Klobuchar said cancer Albert Lea firefighters developed indicates a larger trend. She said the process to pass the bill in Congress was lengthy.

“Albert Lea is sadly the perfect example, where you got three out of 16 younger firefighters that have developed cancer, and so that was pretty persuasive, and then the firefighters organization took it as one of their priorities.” 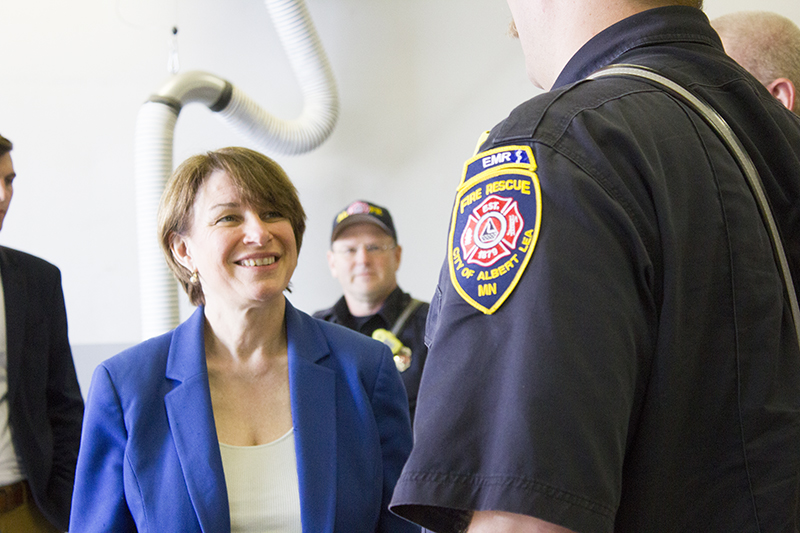 “We’ve seen some similar things with burn pits in Iraq and Afghanistan, where our soldiers have been getting cancer, so maybe it’s something in technology that when it burns it’s causing this, and then we can replace some of this technology,” she said.

Klobuchar said she developed a relationship with firefighters during her time as a prosecutor.

Though states have established firefighter cancer registries, Klobuchar said the federal legislation is needed to have a better idea of cancer rates.

Albert Lea Deputy Fire Chief Jeff Laskowske was diagnosed with testicular cancer in 2015. He said the legislation is needed to protect firefighters.

“That’s why I am really excited about this bill coming through the U.S., through the federal side of things, so that way we can actually take the research and look at it and figure out what is it that is causing cancers,” he said. “How can we protect our firefighters?” 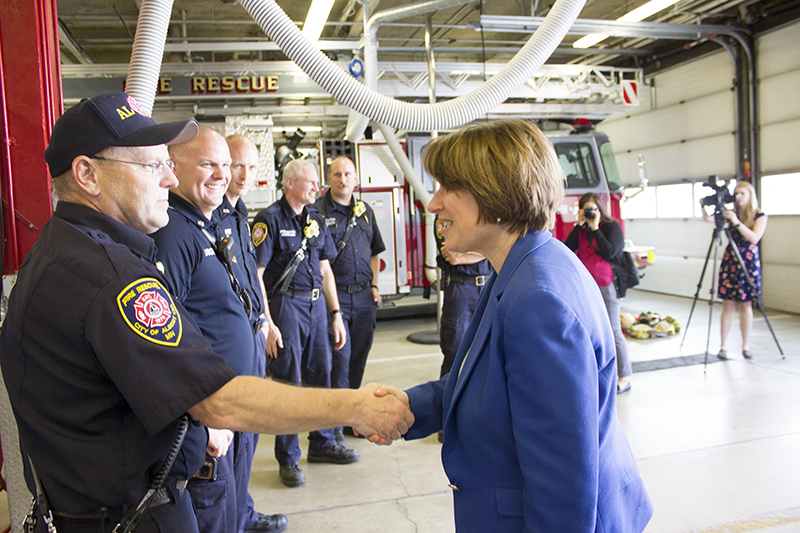