Lakers shut out the Bandits 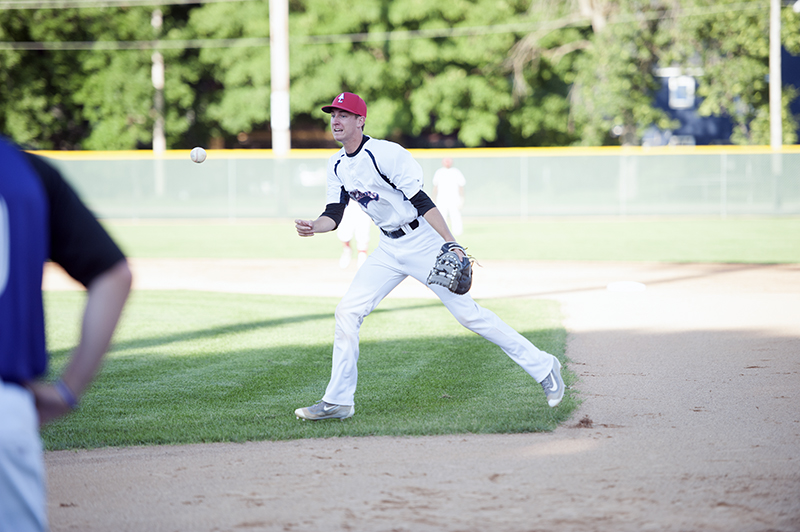 Albert Lea Lakers’ Sean Rooney flips the ball to first to record an out early in the game Thursday night against Bancroft. The Lakers would go on to win the game 6-0, extending their win streak to 13. - Tyler Julson/Albert Lea Tribune

The Albert Lea Lakers took another step forward in their domination of the Pioneer League as they hosted the Bancroft Bandits Thursday night.

After a slow first two innings from both teams, the Lakers sprung to life in the third to take a lead and never relinquish it, beating the Bandits 6-0.

Both teams struggled offensively through the first couple innings. Only one hit was recorded through the opening two and a half innings — a double coming off the bat of Josh Dudden.

Albert Lea came to life in the bottom of the third inning, scoring the first two runs of the game. Joey Ponder led off the inning with a walk. After reaching third on a walk and stolen base, Ponder was hit in on a sacrifice fly by Liam Spence. 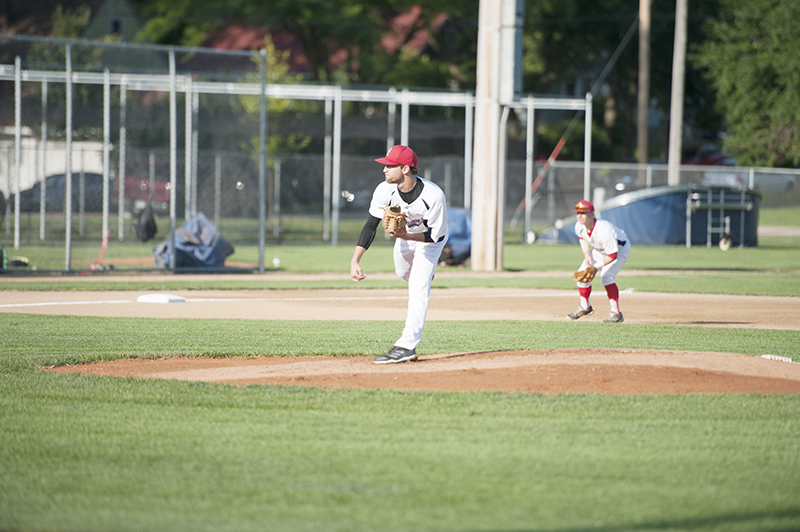 Cole Edgens dominated on the mound for the Lakers through all nine innings. Edgens allowed zero runs on two hits and struck out nine batters. – Tyler Julson/Albert Lea Tribune

Jack McCarthy followed with a single; then a double from Josh Dudden brought McCarthy in from first base.

Following another stellar defensive inning in the fourth, the Lakers added one more run to their total in the bottom of the inning. Mitchell Keeran stepped up to the plate as the first batter of the inning and smashed a home run over left center field.

Albert Lea kept its defensive momentum going in the fifth after recording yet another hitless inning.

Keeran picked up his second RBI of the night in the bottom of the inning with an RBI single to left field to take a 4-0 lead into the sixth inning.

The sixth was business as usual for the Lakers, as they came out and scored two more runs to pull even further away from the Bandits. A double from Thomas Krause and a walk from Ponder put two runners on base. Spence hit in one run with an RBI double and McCarthy hit in the other with a sacrifice hit to the infield.

Bancroft finally recorded its first hit of the game in the eighth inning. Although the base runner made it to third, the inning ended before he could reach home, leaving the Bandits scoreless.

Cole Edgens started the game on the mound and had one of the best outings by a Laker this season. Edgens pitched the full nine innings — allowing zero runs on two hits, striking out nine and walking two.

The Lakers move to 17-2 in the Pioneer League and extend their win streak to 13 games. They will be back in action Saturday night when they travel to Carroll to take on the Merchants. 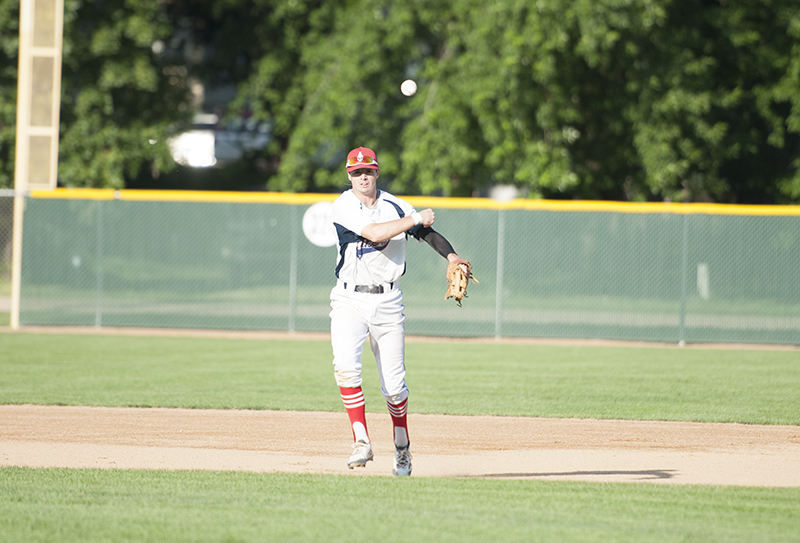 Liam Spence makes the throw from shortstop to record the out at first Thursday night against Bancroft. – Tyler Julson/Albert Lea Tribune