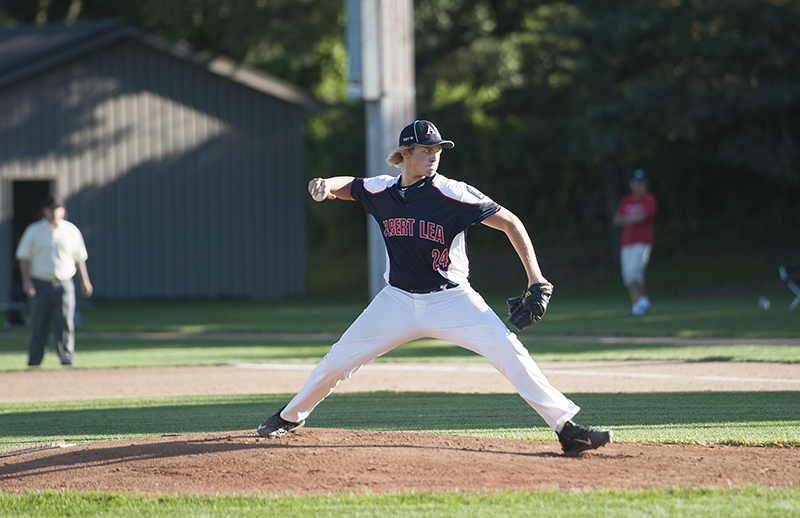 Albert Lea falls to Winona, but still has a chance in sub-state tourney

The Albert Lea American Legion Post 56 hosted Winona Tuesday night in the first round of the sub-state tournament.

In a game that saw the momentum shift back and forth several times, Albert Lea was unable to find its stride late in the game, falling to Winona 7-5.

After a stellar defensive first inning, Albert Lea took the lead in the bottom, scoring two runs while recording no hits.

Koby Hendrickson led off the half inning with a walk and was advanced to second on a sacrifice bunt by Ty Harms. Back-to-back walks from Alex Bledsoe and Zach Edwards loaded the bases, which allowed Brock Hammer to hit one in on a sacrifice fly to right-center.

Bledsoe then came around to score when Edwards successfully tried to trick the pitcher into watching him steal.

Albert Lea took a 2-0 lead into the third inning after both teams went scoreless in the second.

Winona tied the game in the top of the third inning, capitalizing on four singles and a sacrifice bunt. However, Albert Lea took the lead right back in the bottom of the inning with one run of its own. 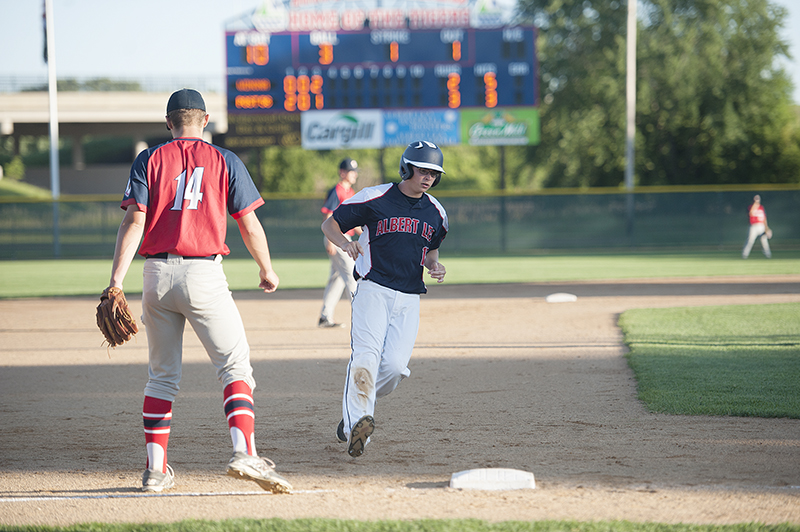 Edwards reached base on a one-out single and was batted in from first base on a double from Hammer that snuck under the outfielders glove for extra bases. Alex Goodmanson got on board with a walk, but was left on base after two strikeouts ended the inning.

Winona scored one run in the fourth to tie the game once again. A walk, a sacrifice bunt and a single led to the run for Winona. Albert Lea went scoreless in the bottom of the fourth, recording just one hit — a single from Harms.

Winona took its first lead of the game in the fifth, when the first two batters at the plate went back-to-back with homeruns. No more runs were scored in the inning, but some damage had been done to Albert Lea’s moral.

Post 56 went three up-three down in the sixth inning and gave up two more runs in the sixth, allowing Winona to take a four-run lead with just 1 1/2 innings to play.

Albert Lea scored two runs in the seventh inning on an RBI single from Edwards and sacrifice hit from Garret Piechowski, but it wouldn’t be enough to overcome the deficit.

Drake Dawson came in to finish the game, pitching 1 1/3 innings and allowing zero runs on one hit.

Post 56 falls to the backside of the sub-state bracket and will play again at 10 a.m. Friday.