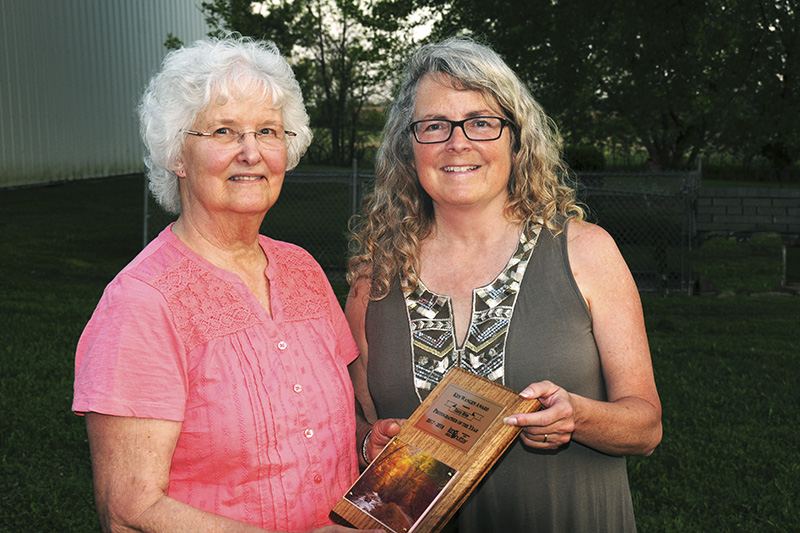 The Lens & Shutter Photography Club had its annual end-of-year awards picnic at the home of Carol Haroldson. Fifteen members and guests were in attendance.

The competition category for May was open. Members receiving awards were Darcy Sime, first place for “Rain Forest Waterfall”; Jim Wendel, second place for “Pink Chrysanthemum”; and Alison Witter, third place for “Baby Geese.” Members receiving honorable mentions were John Eisterhold for “Geese Family,” Wendel for “Winter Treats” and Donna Thoreson for “Struttin’ My Stuff.” Merit awards were given to Linda Eisterhold for “Catbird” and “Milk Weed” and Liz Reichl for “Cabin In Ellendale” and “Christmas Belle.”

The “June Wells Award” for the Best of the Best photograph of the club year, entitled “Fall Colors on the River” was earned by Mitch Pederson. Sime was awarded the “Ken Wangen Award” for earning the most competition points during the club year.

Sime received first place for “A River and A Road,” Ron Oyer received a second place for “A Change of Seasons”; and Witter received a third place for “Fishing With Grandpa,” completing the Best of the Rest of the photographs submitted during the 2017-18 club year. End of the year judging was performed by Bob and Betty Peoble. 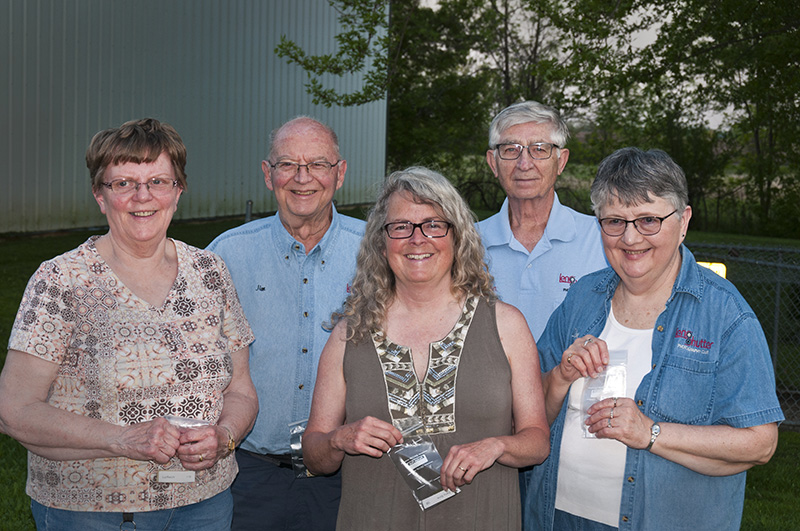 Best of the Rest of 2017-18 Awards were won by Sime, first place for “A River & A Road”; Ron Oyer, second place for “A Change of Seasons”; and Witter, third place for “Fishing with Grandpa.”

The next meeting of the Lens & Shutter Photography Club will be Sept. 20. The program will be Painting With Light by Pederson. Competition category will be open.  The group meets the third Thursday of the month at Mayo Clinic Health System building Room 465 on the lower level September through May.