‘Life is a journey full of many paths’ 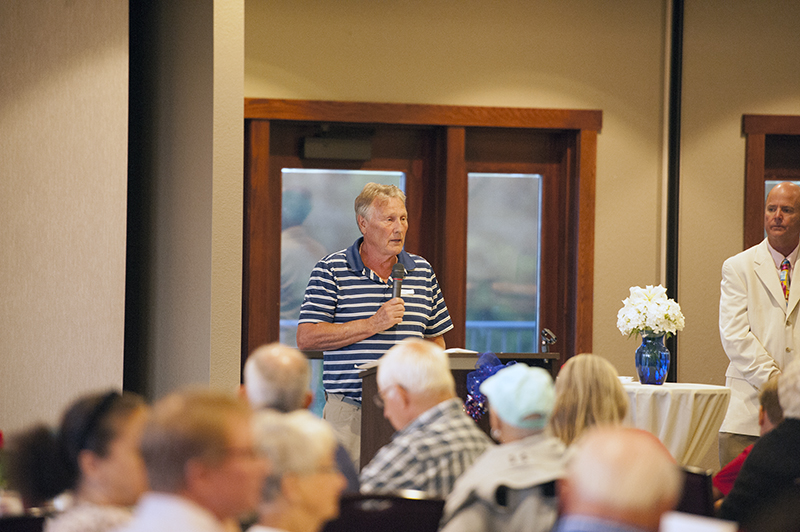 Many members of the community attended the event to watch eight former Tigers greats accept their spots into the Hall of Fame.

Guests were invited to attend a social hour starting at 5:30 p.m. before dinner was served and inductions started at 6:30 p.m. A silent auction with various items was also available to support the Albert Lea Education Foundation with the sole purpose of helping to lower sports participation fees.

There is also a golf tournament scheduled to be played Saturday at Wedgewood Golf Course.

The ceremony was emceed by Tom Jones and featured all inductees giving a speech about their careers and current life.

Callahan had a fantastic wrestling career while attending Albert Lea, finishing with a career record of 48-4-2. Callahan said the advice he would give to young athletes now is just to stick with it. He said sports can help you out in so many areas later in life. He attributed getting into college and getting his first job to his high school sports career.

“High school sports is something to get your kids into,” Callahan said. “Education was always a challenge for me, but then I got into sports and that was the best thing for me.”

Indrelie also was a stellar wrestler for the Tigers while in high school. He finished with a career record of 77-16-1. Indrelie was very thankful for his coaches during his acceptance speech.

“Wrestling did a lot for me back then,” Indrelie said. “Now I get to relive it as a coach and I owe a lot to the coaches I had.”

Hall was a long distance runner in high school, lettering eight times in cross country and track, and captured numerous Big Nine Conference titles. One of the many moments from his high school career that stuck out in Hall’s mind was the time he was a freshman on the team that took fourth place at state.

As Albert Lea was just a three-year high school when he was in ninth grade, he said it was very rare for a freshman to be allowed on the team and it meant a lot to him to be on the team.

Hall said it was a humbling experience to receive the phone call that he was going to be inducted.

“I’ve been fortunate enough that everything I did through high school, I’ve got to carry with me through the rest of my life,” Hall said.

Nelson played baseball and hockey while attending ALHS, earning All-Conference honors in both his junior and senior seasons. Nelson said the most memorable thing from his high school career was the comradery with the team.

“Life is a journey full of many paths,” Nelson said. “I feel that each path has taught me many different life lessons.”

“This induction means so much,” Mark Stalker said. “Our family is very proud of it … I think the best testimony to my dad is that his teams played the game the right way.”

Turner was successful in many sports throughout her time as a Tiger. She lettered a combined nine times through volleyball, basketball and track. Turner credited a lot of her success to her teammates she played with during her career.

“I know it’s cliche to say, but there really is no ‘I’ in team,” Turner said. “The girls I played with did a lot of things that helped out in ways that I couldn’t.”

“I have always been a part of a team,” Sickels said. “Being part of a team teaches you about hard work, collaboration and integrity.”

“The wins and losses don’t really matter,” Hillman said. “What does matter is how I chose to represent myself, my team and Albert Lea as a whole. The character you build will be what stays with you.” 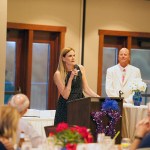 Nora (Turner) Weismiller talks about how much her teammates helped her during her speech at the Tigers Athletic Hall of Fame induction Friday night. – Tyler Julson/Albert Lea Tribune 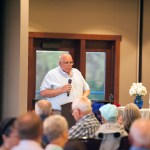 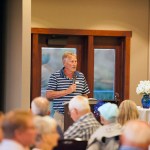 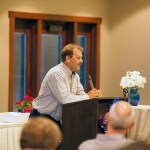 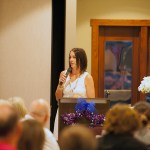 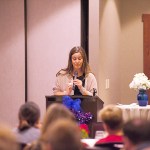 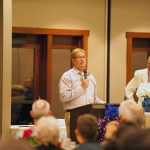 Chris Hall gives his acceptance speech after being named to the Tigers Athletic Hall of Fame class of 2018. – Tyler Julson/Albert Lea Tribune 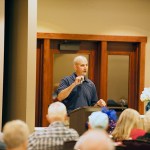