Making close-knit friends in the neighborhood 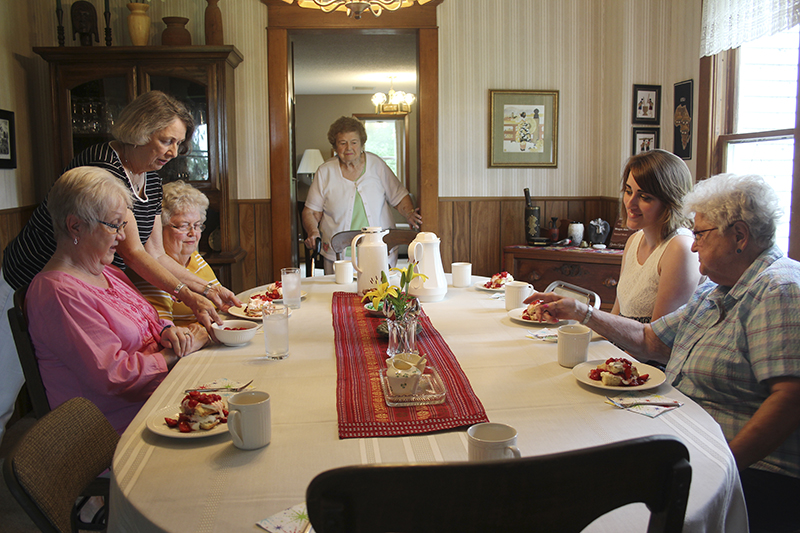 There’s a 100-year-old bond between generations of women in Albert Lea, all drawn together by eight things — namely, eight original farmhouses all constructed within a square mile of each other.

The word the women use is “club,” but those on the outside looking in might call it something else: a circle of lifelong friends.

If you move into one of those eight original farmhouses, “somebody talks to you,” Sue Broskoff said. Broskoff is a member of the Friendly Neighbors Club.

The group of now 11 members originally formed in 1918, when 10 neighbors brought their sewing machines to one neighbor’s home and started sewing clothes to donate to the Red Cross.

Member Claire Frame was quick to point out that the current members of the club weren’t around then. 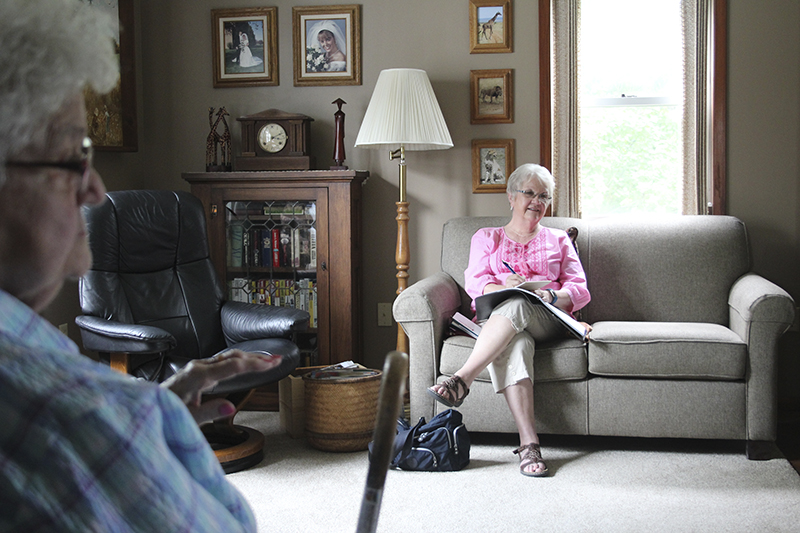 The $6 membership fee is donated every year to a different charity organization; in the past, the group has donated to The Rock, the Salvation Army, the Red Cross and the Crime Victims Crisis Center.

On June 28, eight of the club members gathered for their monthly meeting, always held on the last Thursday of the month.

“My daughter-in-law thought it was the fourth Thursday,” Bakken said, “and —“

Frame interjected: “ — she got ready one day to have it.”

“Yeah, on a fourth Thursday,” Bakken said. “And I said no, it’s next Thursday. Well, she was all ready, so she called and there was about nine of us that came.”

The meetings rotate between members’ homes in alphabetical order.

At these meetings, the women read roll call, hear the minutes of the last meeting, hear the treasurer’s report and, at this meeting, planned their annual picnic. The picnic is one of two events — the other a Christmas party — held by the club. The club also celebrates members’ wedding anniversaries. 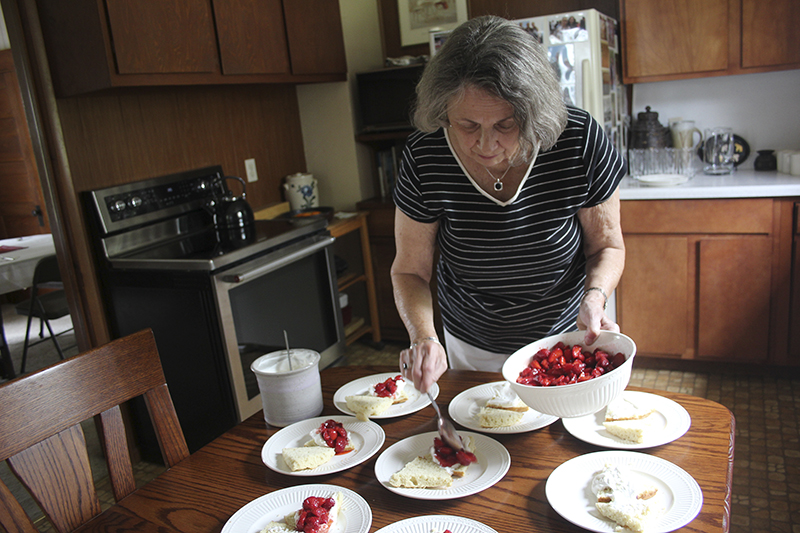 Claire Frame prepares strawberry shortcake for the Friendly Neighbors Club in the kitchen of her farmhouse, one of the eight original farmhouses that make up the membership requirement for the club. – Sarah Kocher/Albert Lea Tribune

For Bonnie Jensen’s mother, it was a surprise party.

“I don’t think my folks knew, because when, this is when I was little … the cars came down the driveway, I remember seeing that and mother — ‘Oh! The club is coming! I bet you for our anniversary,’” Jensen said. “… So, surprise, mother had to get us dressed.”

There are so many memories about past club activities because a few members are several generations in to membership: two are third-generation Friendly Neighbors Club members, while Lorraine Bakken is part of a four-generation line that continues past her.

But it’s not necessarily a family affair, Angie Nelson said.

“You have to move into the place,” she said.

There’s one exception sitting in Claire Frame’s living room on June 28: Broskoff, who bought 10 acres of member Marilyn Nelson’s land and got in that way.

Club members aren’t sure whether the club will continue, but they agree: the Friendly Neighbor’s Club has influenced the neighborhood’s dynamic. 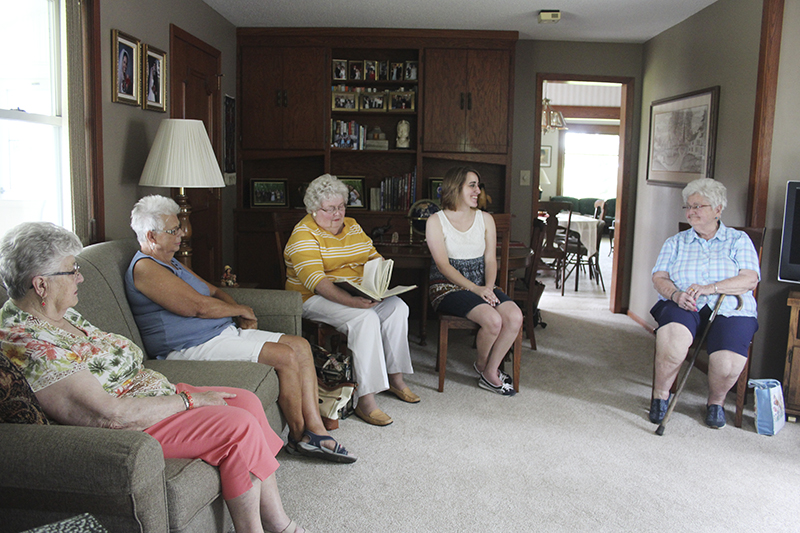