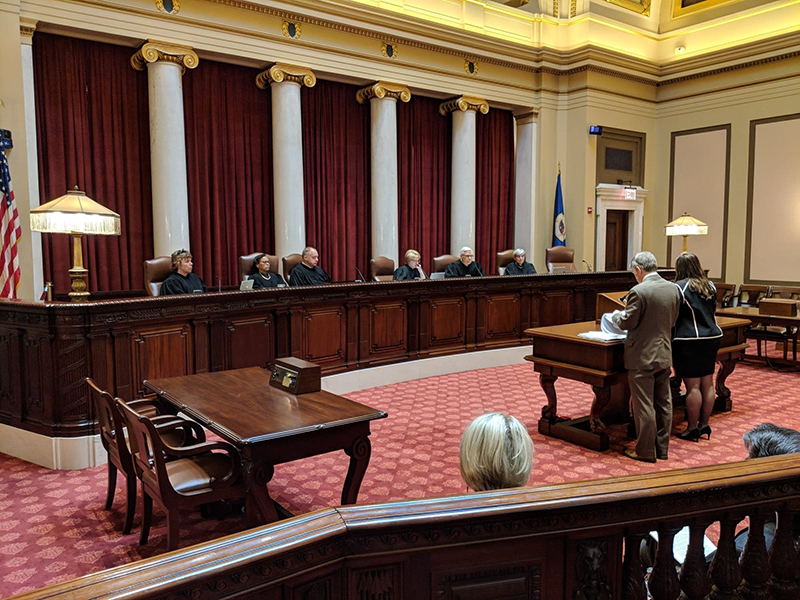 The Minnesota Supreme Court decided last Monday to make a pilot program of use of cameras in courts permanent. The changes will be in effect starting in September. - Tim Nelson/MPR News

The Minnesota Supreme Court is making permanent a three-year pilot program that’s allowed some district court proceedings to be recorded or photographed.

Under the pilot, cameras and audio could be used without consent of the involved parties after guilty pleas had been entered or guilty verdicts returned.

The high court said Monday the recording and picture rules will be permanent starting Sept. 1 with some changes, including a reduction in the number of days ahead media organizations must request recording access.

The new rules also allow judges to authorize audio and video recording of cases prior to guilty pleas or verdicts, but only with the consent of all of the parties involved.