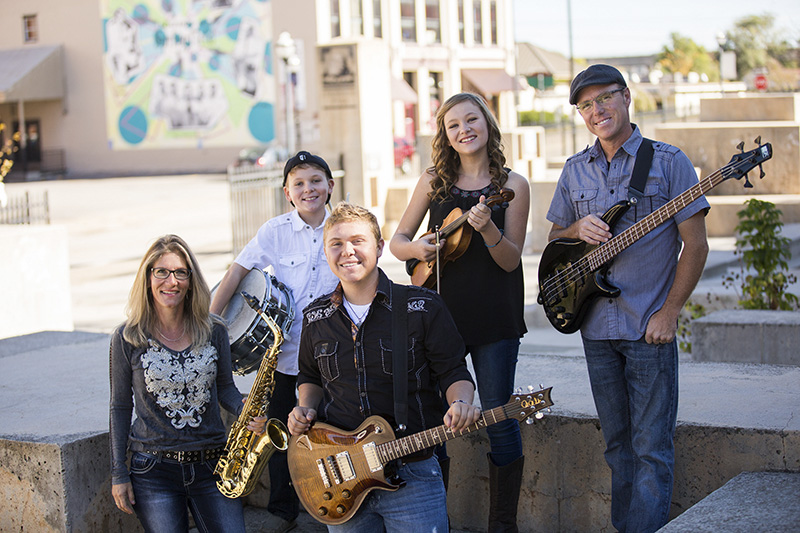 The Freeborn County Fair will be a family affair for more than attendees this year.

In addition to performers at the Grandstand, this year’s fair will also feature 12 entertainers in Entertainment Square. Two groups— the Farnum Family and Matt’s Family Jam — will make the trip to the fair with their relatives for their performances.

Trish Farnum, mother and pianist for The Farnum Family group, said being part of a family band has meant a chance to continue in the musical vein she and her husband tapped into.

“Just watching them develop their talents and gifts is always a pleasure,” Trish Farnum said. “They’re able to do so much, they don’t need mom and dad anymore, but we’re thankful they still let us play with them.”

The Farnum Family has been playing together since 2004, she said. For this year’s performance, four of their six children will perform: Benjamin, Hannah, Maggie and Matthew Farnum. Between them, they play guitar, mandolin, fiddle and resonator guitar. Father Norm Farnum plays the banjo.

In addition, the four children do vocal harmonies and Hannah sings and plays in a style similar to bluegrass artist Alison Krauss, he said.

Audience members can expect some old and some new from their performance this year in Entertainment Square.

“We are working up some new songs specially for the fair as well as for our performance, our tour generally,” Norm Farnum said.

The group is based out of the Ozarks in Missouri. They will perform at 4 p.m. and 6 p.m. Tuesday and Thursday. 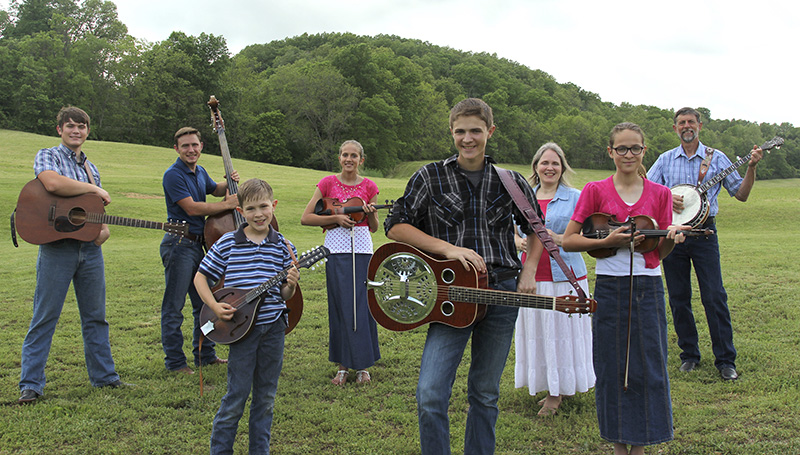 The Farnum Family will be performing at the Freeborn County Fair in Entertainment Square at 4 and 6 p.m. Tuesday and Thursday. Parents Trish and Norm and four of their six children — Hannah, Benjamin, Maggie and Matthew — will perform at the fair. Provided

First-timers to the Freeborn County Fair are the Rolf family members, whose band — Matt’s Family Jam — includes parents Matt and Lisa Rolf and their three children, Collin, 19, Adrienne, 16, and Benjamin, 12.

“Actually, we haven’t played a lot of shows in Minnesota at all, so this is a fun opportunity,” Collin Rolf said.

The group performs “a little bit of everything”: rock ‘n’ roll, classic, country and gospel are all in the mix.

“We like to play music that people can sing along with and enjoy dancing to,” Collin Rolf said.

The family spends eight months of the year touring, and Benny Rolf said he appreciates being able to do that with his family.

Adrienne Rolf said the family has a good feel for each other as performers and enjoys each others’ company on stage.

“You get to kind of, especially when you’re family — I feel especially with my brothers — we can kind of talk on stage even without opening our mouths,” she said.

Matt Rolf grew up touring with his family and playing music with his sister, and Lisa Rolf has a

“We really haven’t known anything else,” Collin Rolf said.

Collin, Adrienne and Benny have their own music group, Renata, in addition to Matt’s Family Jam.

The group lives in Nashville. They will perform at Entertainment Square at 2 p.m. and 4 p.m. Saturday, August 4.

In addition to some regional talent on display in Entertainment Square, there will also be local talent on display in the form of a talent show on the last day of the Freeborn County Fair. The talent show has three divisions, including a pre-teen for ages 12 and under, a teen division for contestants ages 13 to 18 and an open division for contestants of any age. The contest begins with the youngest entrant in the pre-teen divison and moves through to the oldest in each division.