Minnesotans will see newly designed driver’s licenses and ID cards in the coming weeks as the state transitions from the current cards that were first issued in 2004, according to a press release.

The Minnesota Department of Public Safety Driver and Vehicle Services division will begin issuing the newly designed cards for applications or renewals processed on or after Aug. 6.

Minnesotans do not need to obtain a new driver’s license or ID card unless their current card is expiring or they need to change their address or name. The current design and new design will be in circulation for the next four years, and both are valid forms of identification until they expire or are canceled. The cost for Minnesotans to apply for or renew a license will remain the same.

Cardholders will see some differences in the new design:

• The new cards feature the state of Minnesota branding and colors.

• ​Under 21 cards will be vertical, making it easier for businesses to identify those not able to make purchases that are prohibited to minors.

The new cards have a variety of security features making them more difficult to forge, including:

• A “ghost image” in the lower right corner is a repeat image of the cardholder’s portrait.

• A multi-colored and intricate background featuring the Mississippi River, a canoeist and a pine forest.

• An image of a walleye embedded into the card stock that can be observed by holding the card up to a light source. 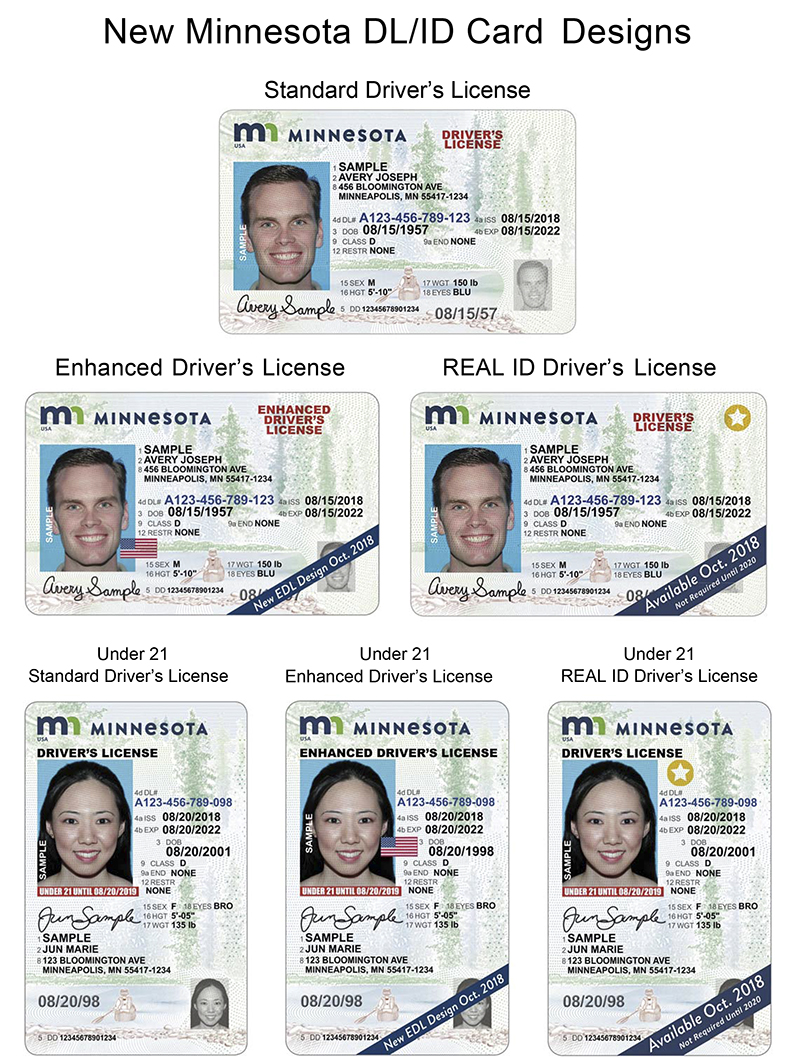