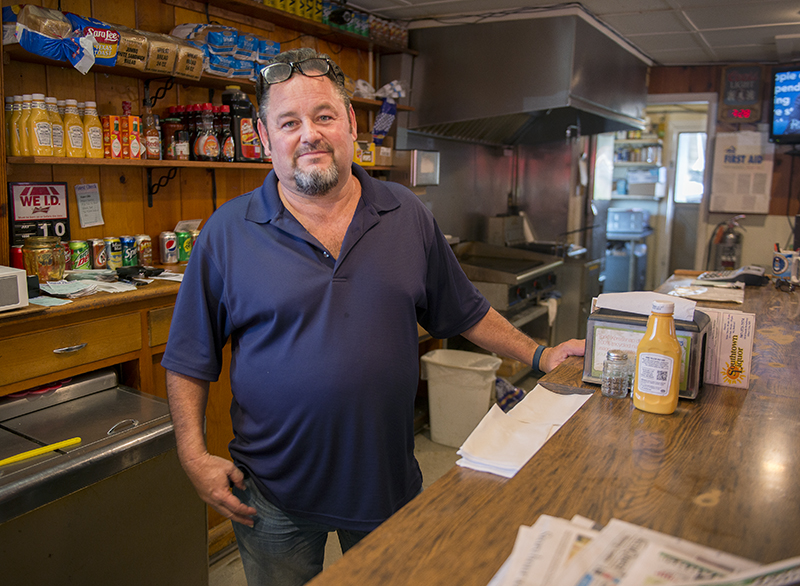 Troy and Natalie Chavez are the new owners of The Elbow Room, a restaurant and bar known locally for its burgers. - Colleen Harrison/Albert Lea Tribune

The new owners of The Elbow Room would like to get one thing straight: The burgers aren’t going to change.

“I don’t know if I would call it a ‘recipe,’” Natalie Chavez said. She and her husband, Troy Chavez,  originally from Texas, took over The Elbow Room on June 19.

The burger is more about the meat: never frozen, cooked up the way former owner Vic Nelson did it. Before he stopped cooking, he taught a waitress, who taught the cook.

“They’re the exact same way Vic made them,” she said.

The Chavezes also own Southtown Auto Sales. Natalie Chavez said owning a restaurant was a dream she didn’t think would happen.

“We have ‘pillow-talked’ about having our own place for a long time,” she said.

When the Elbow Room came up for sale, she said her husband suggested buying it. She thought he was joking at first, she said.

“‘Are you changing anything?’”

Yes and no, the Chavezes said. 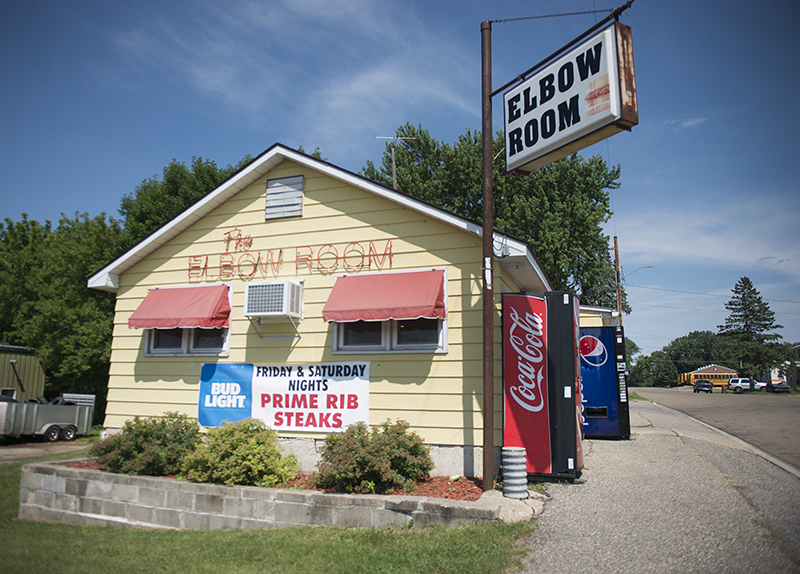 The Elbow Room is at 310 E. 8th St. in Albert Lea, off of Southeast Broadway Avenue and U.S. Highway 65. – Colleen Harrison/Albert Lea Tribune

According to Natalie Chavez, the restaurant will keep all of the fare it’s known for; the things Mary and Vic Nelson put on will stay on.

“The customer base pretty much demands it,” Troy Chavez said. Both Chavezes pointed separately to the block of plaques on The Elbow Room wall heading back to 2008: Best Burger, Albert Lea Tribune Reader’s Choice.

But there will be additions to the menu.

“I want to introduce a little taste of Texas,” Natalie Chavez said.

She has added a few specials so far, including goulash and toast, smoked brisket and enchilada casserole. They’re all recipes she did at home for her seven kids.

“My older children are begging me to bring the things I make at home here,” she said.

Taking over the restaurant has been a learning process, Troy Chavez said.

“It’s way more of a challenge than I ever thought it would be,” he said.

But he likes seeing people leave happy. He’s putting in time to get used to owning a restaurant and to get acquainted with his customers, who come in like clockwork, he said.

That’s the feeling former owner Mary Nelson would like to see for the restaurant’s future. She and her husband owned the restaurant for 46 years. She raised her six children down there.

“It’s a family restaurant, and Vic and I worked the hours,” she said.

If Vic Nelson was still alive, she said she didn’t think he would have sold it.

“‘I’ve got to have a reason to get up every day,’’’ Mary Nelson said her husband told her when she asked him to sell. But for her, it was time to pass the restaurant on.

“It means a lot to have people look up at you … but everybody gets to the age where they’ve got to step down,” Nelson said.

She said she wishes the future owners nothing but the best.

“I hope he has the success we had,” Nelson said.

She and her family will still be there — as patrons, when her children come back into town. After all, they’re used to going down there to eat.