New principal is at the helm of Hawthorne Elementary 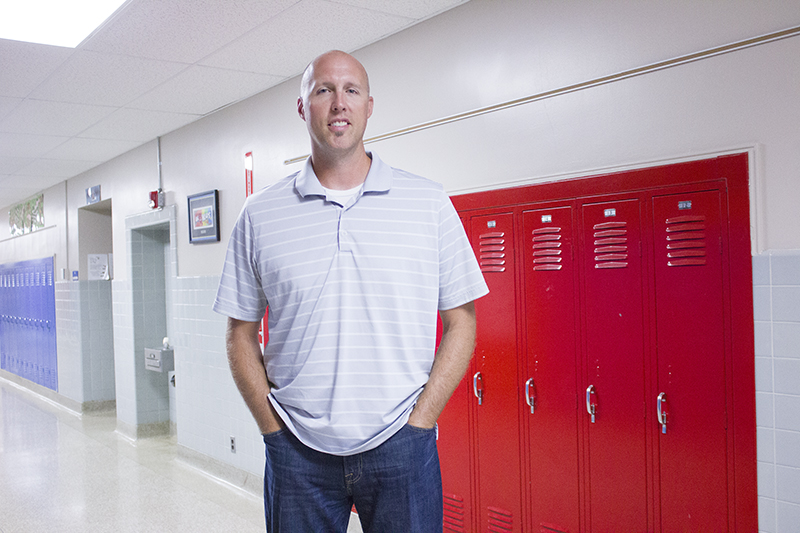 Mahal said the visits are part of his mission to support students and staff with their needs.

“I’m hoping to be out and about as much as I possibly can to take in what the students are doing, to build those relationships with the people around and just try to understand not only Hawthorne, but the Albert Lea school district and the community as well,” he said.

“That’s one of the things that I kind of pride myself on and really enjoy, is being in classrooms, to just pop in, check in, see how it’s going, help support in any way. I want the students to know me.”

Mahal, 41, graduated from Cumberland College in Kentucky in 2001 and obtained his master’s degree in educational leadership in 2010, earning his administrative license in 2014 through St. Mary’s University.

Mahal was assistant principal at Sweeney Elementary in Shakopee. Prior to that, he was an emotional/behavioral disorder teacher at Northfield High School for five years and spent nine years in the same position at Northfield Middle School.

He was an assistant men’s basketball coach at St. Olaf College.

Of his time at Sweeney, Mahal said it “allowed him to feel comfortable and confident to spread my wings and find my way here.”

Mahal and his wife, Stephanie, have two children, Isaiah and Amber. He enjoys golfing and being with friends and family.

He said he hopes to build relationships and gain an understanding of the community in his first year.

“It’s all about relationships, from the get-go,” Mahal said.

To Mahal, his experience playing college basketball and meeting a variety of students, situations and families in Northfield qualifies him for the principal position.

Mahal described himself as “pretty level-headed,” and “calm.”

“Being able to be a teacher definitely was just a natural fit for what I do, my personality, how I like to interact with students and staff and the community,” he said.

Mahal does not expect to make drastic changes in his first year at Hawthorne.

“There has been a lot of good work that has happened prior to me being here, so we want to continue what is working well,” he said. “Trying to change things is definitely not on the agenda.”

“In talking with (Albert Lea Superintendent Mike Funk) and hearing his vision, how he operates, I appreciate what he has done and what I think he is going to do for the community,” he said.

Mahal said he wants students to know he cares about them.

“I want people to know and students to feel like I care about them more than just being a student in a classroom,” he said. “I want them to flourish and do well there, don’t get me wrong, but I want them to have a good experience here, in the classroom, in the hallways, on the playground — just everywhere.”

“He’s very passionate and very easy to reach out to,” she said. “And he’s asked a lot of questions already.

Jerdee said Mahal has asked teachers for their opinions.

“He’ll be a good fit for us,” Jerdee said. “Just so friendly and outgoing.”