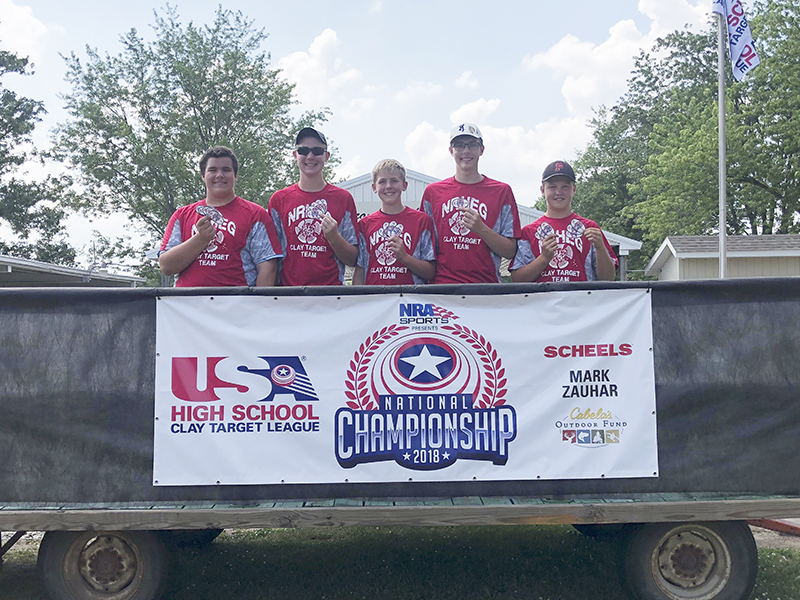 Mason, Michigan, was the home of a first-of-its-kind event from July 13-15, according to a press release.

Minnesota, which is the largest and original league in the nation, according to the release, was well represented with a large percentage of the teams and six of the top 10 finishers in the event.

Sunday saw more great marksmanship from the team. In the morning the team had the eighth-best score overall with a 474 lead by Chancellor Olson and Beauvais, who each shot a school record matching 98 out of 100. Evan and Alex Dobberstein each shot a 96 and Aaron Olson shot an 86, but of that he hit 48 of last 50 to finish out the day in excellent fashion.

The effort by the team was the key to moving up from 19th to their final placing of 10th for the national shoot. In the afternoon the individuals took over. Evan Dobberstein shot a 97, which gave him a two-day total of 195 targets broken of 200 possible and 59th place overall. Chancellor Olson finished 240th and Alex Dobberstein took home 333rd out of the 1,250-plus shooters who came to compete. In the process of participating in the historic event, the team took home a plethora of 25 patches, a couple 50 patches and one 75 straight patch as well as some great memories of their part in the event.