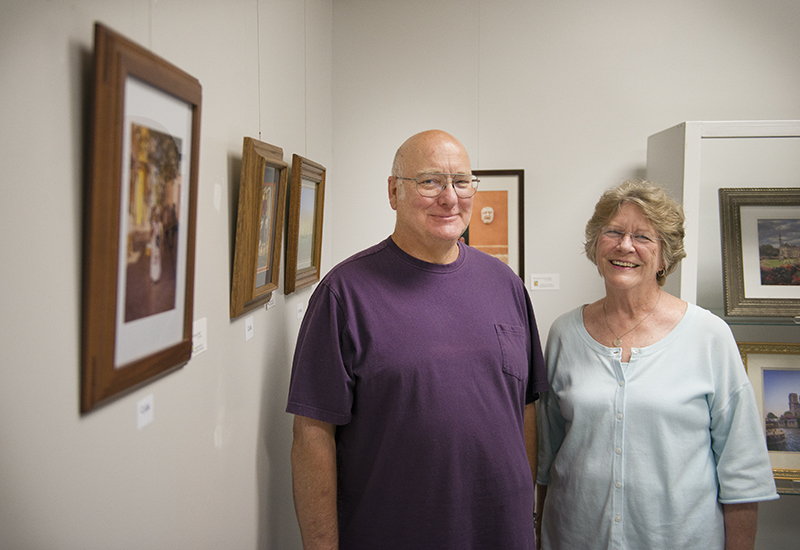 The Albert Lea Art Center President Tom Ferleman and member Bev Jackson Cotter, along with the rest of the Art Center members and organizers, are looking forward to moving into a larger space in September. - Colleen Harrison/Albert Lea Tribune

The Albert Lea Art Center will soon have a new home: The Tiger City Sports building at 101 S. Broadway Ave. in Albert Lea.

The 5,000-square-foot-building was sold to the Art Center on June 26. The organization plans to move from its current building at 226 W. Clark St. into the Tiger City building Sept. 1. Tiger City Sports will move into a 2,000-square-foot facility at 920 S. Broadway Ave. and expects to be in operation by Sept. 4.

Art Center member Bev Jackson Cotter said there will be no exhibit in September, “but people are certainly welcome to stop in just to see. It’s going to be a wide open space that we’ve got all kinds of ideas of what we could do there, but we’ve got to get organized.”

He said the move is meant to downsize the space the business has. 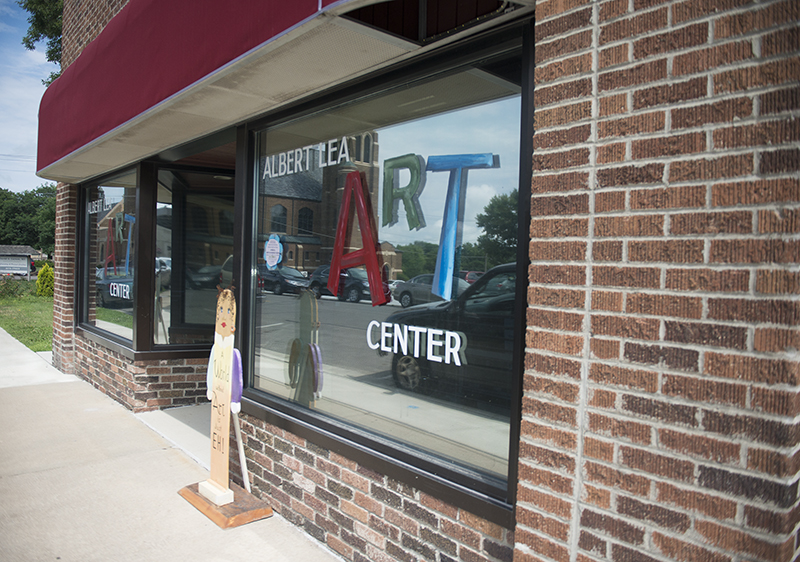 The Albert Lea Art Center has been at 226 W. Clark St. in Albert Lea for about four years. The move to the Tiger City Sports building is planned for Sept. 1. – Colleen Harrison/Albert Lea Tribune

The Art Center has been in its building for four years. Prior to that, it was at 224 S. Broadway Ave., the current site of the Freeborn County Arts Initiative.

Next year, the Art Center will celebrate its 60th anniversary in Albert Lea.

“It became time to expand and enlarge the Arts Center,” Ferleman said.

The Art Center expects to be able to host its Christmas tree display and student art show in its new building. The displays have been at Northbridge Mall because of a lack of space at its current site.

“We wanted our own building,” Ferleman said.

The new building is expected to provide the Art Center the chance to show the work of two artists at once or have larger displays than currently available.

The Art Center will have a permanent collection of art pieces due to a donation from the estate of Merna Sunde. Art from John Lacis, a Latvian immigrant; and Lloyd Herfindahl will also be available.

“It’ll be nice to have an area where we can honor those people that have been a part of the history of the organization,” Jackson Cotter said.

She said art spans beyond displays.

“I think so many people think that art has to be a big painting on a wall or something in a major gallery, major museum someplace, and my personal belief is that art is a part of everything we do,” she said. “The plaid in your shirt, the design of your phone, the design of your cup, the jewelry she’s wearing, the design of our clothing.”

There will be a separate room in the new Art Center building for creative space.

“Our basic goal is to expand the vision of art in Albert Lea and Freeborn County into more than just a painting on the wall,” Ferleman said. 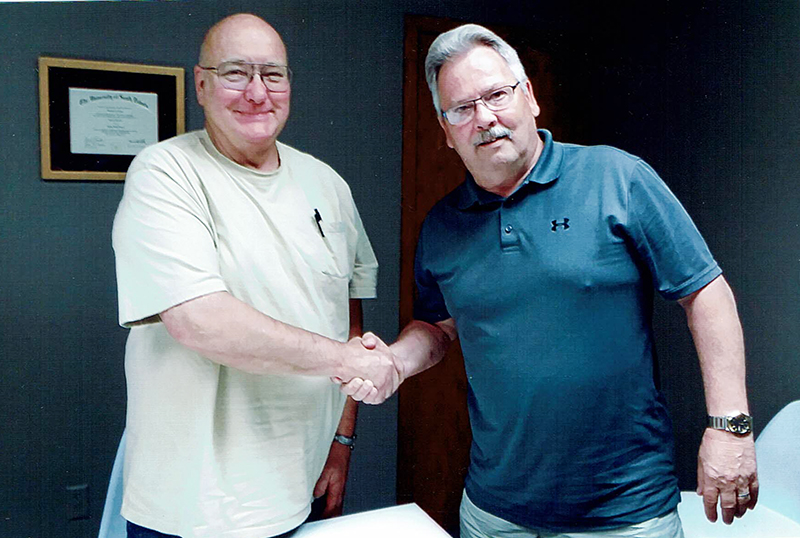 Tom Ferleman, president of the Art Center board of directors, and Gary Hillman, Tiger City Sports owner, shake hands after papers were signed for the sale of Hillman’s building. – Provided