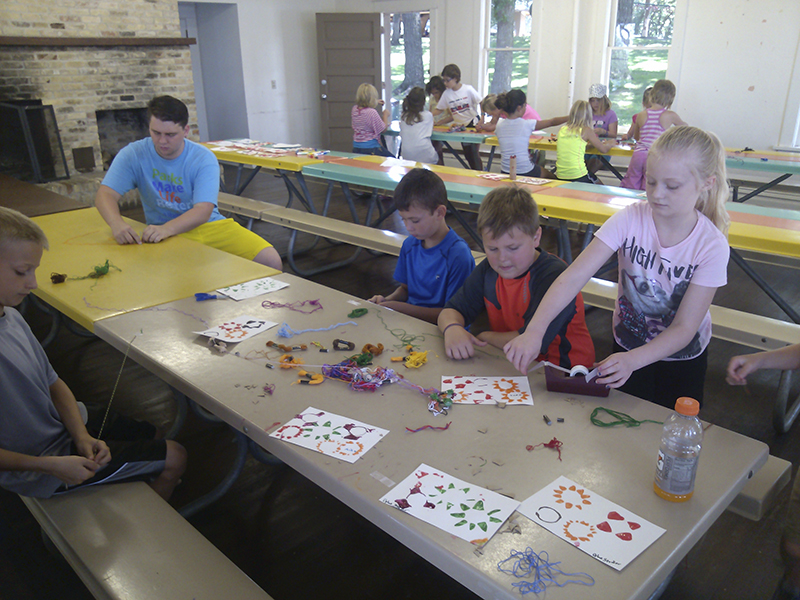 When it comes to art camps offered by Albert Lea Parks and Recreation, if at first they don’t succeed, they will try again — and if that doesn’t work, they will try something else.

Recreation Program Supervisor Jenny Davis said art camps are more difficult than other camps to attract a following for.

Third time was not the charm for this year’s Little Artists Camp, intended to be held last Tuesday through Thursday for children ages 3 to 6. After only two participants signed up — the preferred bottom threshold is five children, Davis said — what would have been the third year for the camp was cancelled.

However, this year’s Artsy Craftsy Camp has enough signed up to move forward with the camp from 9 a.m. to noon Tuesday, Wednesday and Thursday at Edgewater Park Cottage. The Parks and Recreation brochure promises a different masterpiece daily for children ages 7 to 13 to create.

“We’ll continue to try to offer them,” Davis said of the camps. 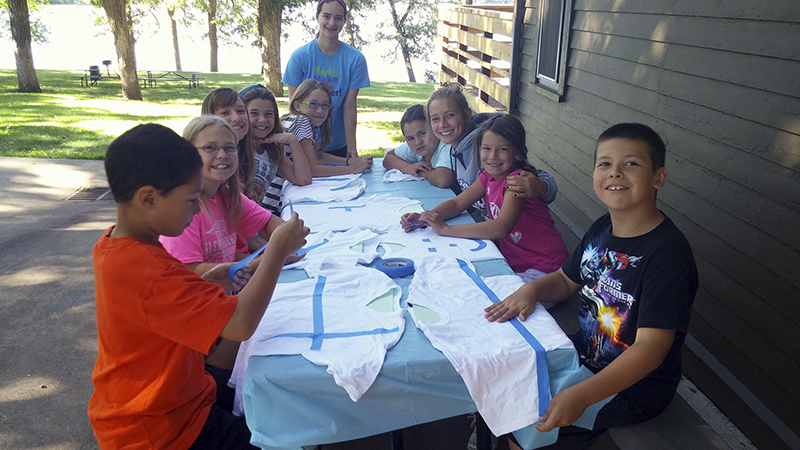 Camp attendees decorate t-shirts with a sprayable paint in a previous year. Provided

They can act as a creative outlet for children, a relaxed environment and something different to try other than or in addition to summer sports, she said.

“It’s just good to have a variety of different things that you do offer,” Davis said.

The Artsy Craftsy Camp mixes play time with craft time. It started as a week-long camp but now lasts three days. As children arrive, they might color and then play a get-to-know-you game. The schedule will continue, alternating crafts with game and play time, until the camp ends for the day. They try to mix mediums, including paint, markers, crayon or chalk.

The most children Davis has had at an arts camp was 15. She said working up toward those numbers again will involve some trial and error. There are a few challenges to work around — for instance, it can be difficult for parents to provide transportation for their children that starts and ends during work hours. Parks and Rec can consider an evening camp.

It could also become a one-day camp that would run for longer that day, Davis said.

Sometimes, too, the summer can be busy, and those who may have interest in the camp will choose a different activity offered at the same time.

Perhaps, too, future art camps could include more specialized art projects rather than a broad smattering, drawing interest from children who want to learn about a specific type of art. Davis said she is also considering collaboration with art teachers for future camps, which are currently staffed by camp instructors.

“Some of them, they ebb and flow, too,” Davis said. “We’ve had years where Artsy Craftsy Camp had a lot of kids, and then it will dip down for a little bit, then I think a new batch of kids comes through and we’ll get numbers again.”

Children interested in the Artsy Craftsy camp can still register.

Who: Albert Lea Parks and Recreation

What: Artsy Craftsy Camp for ages 7 to 13

When: 9 a.m. to noon Tuesday, Wednesday and Thursday

How much: $20 for in-town artists and $25 for out-of-town artists. Register at cityofalbertlea.org.