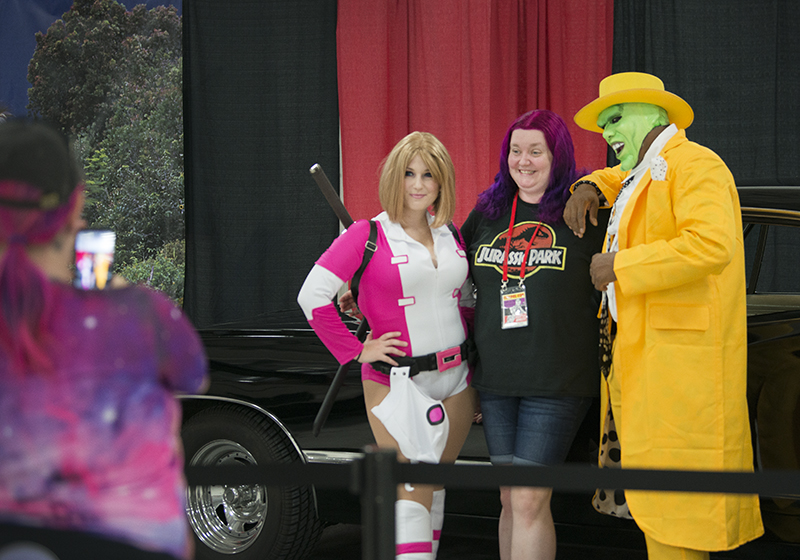 Chapel Con returns for 2nd year with something for everyone

Those who attended Chapel Con Saturday and Sunday at Albert Lea City Arena were able to buy and view collectible items and see TV and movie celebrities.

To the stars, the event was a chance to give back to their fans.

Sam Jones, an actor for more than 40 years who played superhero science fiction figure Flash Gordon in the 1980 film “Flash Gordon,” said he enjoyed the close proximity he has with fans during Chapel Con. He participated in more than 40 such events last year around the world.

“I love it,” he said of the Albert Lea event. “This is a more intimate setting. That means we get to talk more, we get to engage more with the fans.”

Jones said his objective during the event was to “please the fans, because they’ve been saving up, traveling — they take the time to watch our movies.”

Jones said his favorite role is his starring role in the late 1980s TV show “The Highwayman.” 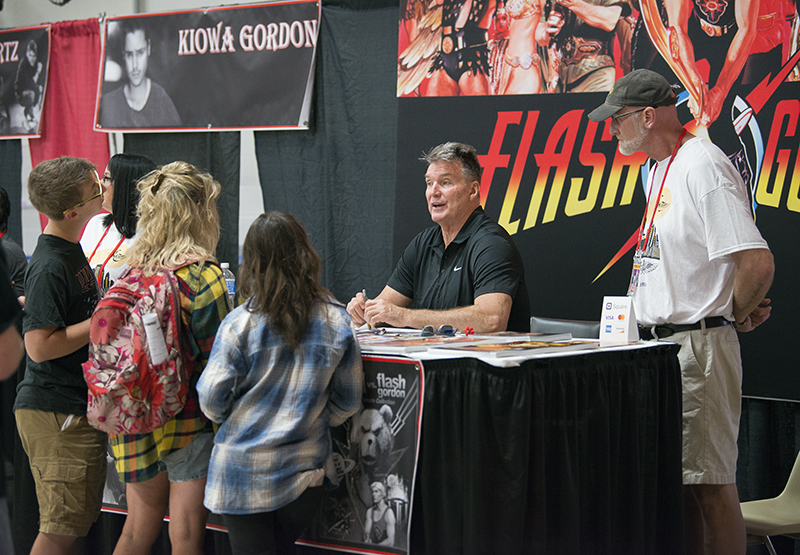 Sam Jones — known for his roles in “Flash Gordon” and “Ted,” among others — talks with fans Saturday during Chapel Con at Albert Lea City Arena. – Colleen Harrison/Albert Lea Tribune

“We got to film in the great outdoors of Arizona every day for six months,” he said. “Outdoors in the mountains, in the cactus, you name it. I got to dress up like road warrior Mad Max and drive a big, old 18-wheeler.”

Classic magazines, comic books and games were on display. Cards, toys, classic farm signs and video games were some of the exhibits shown by the 120 vendors. Question-and-answer sessions took place throughout the weekend, and the event featured people in costumes portraying famous action figures and other popular culture characters and references.

“I know that the fans here really appreciate it, and it was such a great time the last time — I had to come back,” he said. “It’s such a great community down here in Albert Lea, so any time we can come and show support and say ‘hi’ to the fans, we’re always here.”

Mitte said he planned to have conversations with fans about his role in “Breaking Bad” and other topics. 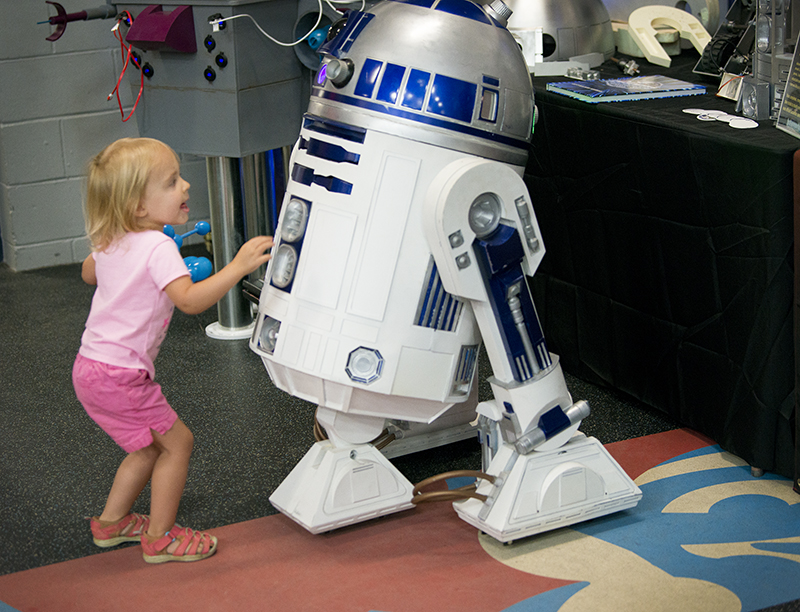 A little girl dances with a functioning replica of R2D2 from the “Star Wars” movies during Chapel Con. – Colleen Harrison/Albert Lea Tribune

Johnson, owner of The Chapel Comics & Collectibles Shoppe in Albert Lea, said he personally invested $140,000 into this year’s Chapel Con. He hoped to at least match last year’s attendance — 3,500 to 4,000.

“If you don’t do it a second time right away, you’re never going to do it again, so whether or not the first year is a 100 percent success, you need to do it again if you’re going to get it to keep going,” he said.

“It’s just about getting bigger and better every year.”

Patrick Anderson, owner of Mankato-based comic store Double Play, had a booth including new comic books and other items.

“Gilbert did an awesome job of setting everything up, and we really want to support small, local community events like this so that you don’t have to go to Chicago or San Diego to be able to have a good time and check out pop culture,” Anderson said.

Thomas Erickson of Albert Lea said he attended Chapel Con because his family was volunteering at the event.

“I’m just out here looking to see what they have, just hanging out,” he said.

Erickson said though he’s aware that such events are larger in other cities, he thought the Albert Lea event was “perfect.”

“It’s a little small, but it’s got everything anybody will ever need,” he said.

“It’s cool,” he said. “It brings a lot of people to the community. It keeps the place lively.”

Johnson thanked the estimated 45 Chapel Con volunteers for their work.

“Our volunteers are a great support for us,” he said. “Without them, we couldn’t do a show like this. There’s no way. The amount of support that way is always phenomenal.” 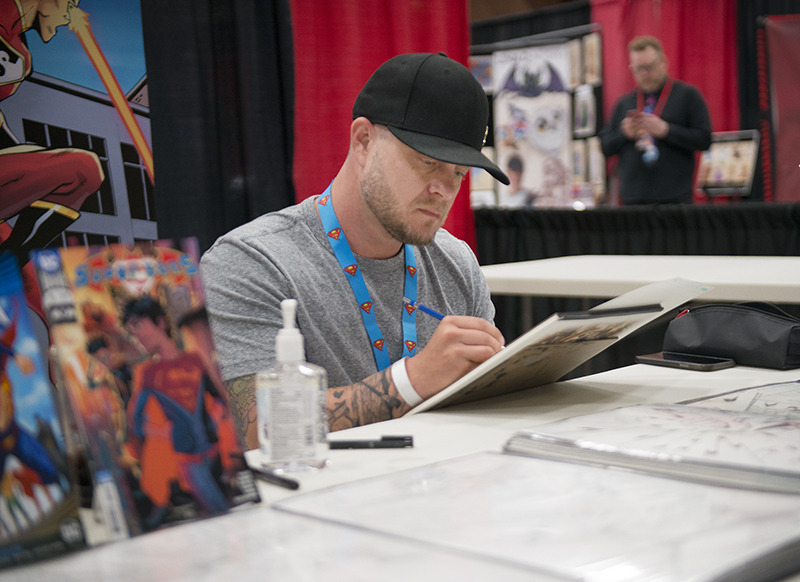