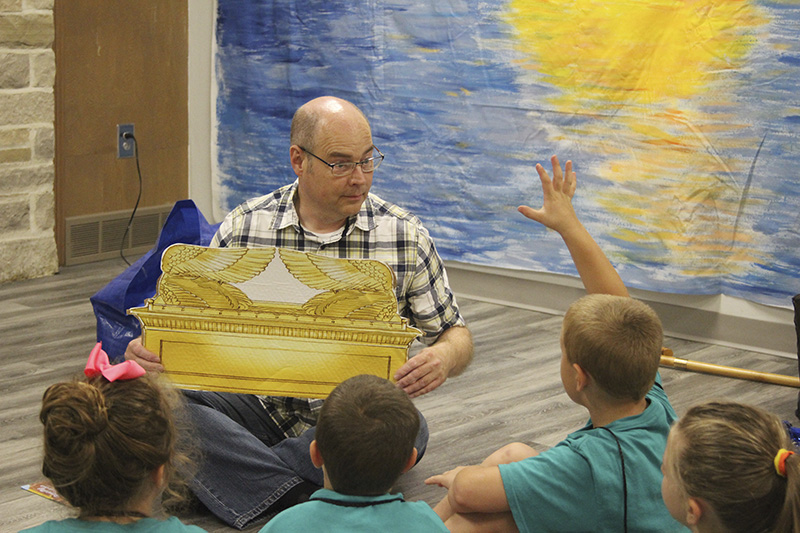 The Rev. Matthew Lehman talks with children about the Ark of the Covenant at vacation Bible school Monday night. Sarah Kocher/Albert Lea Tribune

Just over one week into his new position at Zion Lutheran Church, the church’s new pastor said some congregants are still getting used to his name.

Matt Lehman said he asks to be referred to as “Pastor Matt” rather than by his last name, which is pronounced the same way as “layman,” a term sometimes used in the church to refer to non-clergy. It’s less confusing if he sticks to his first name, he said. 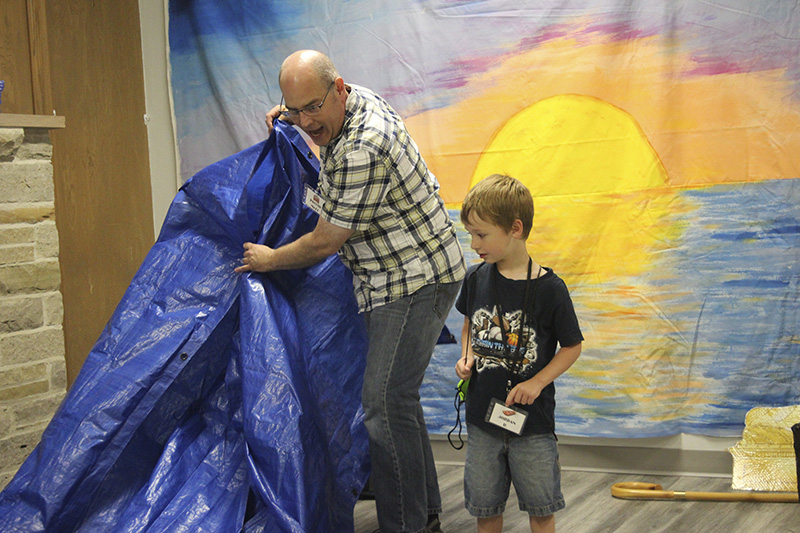 Lehman was installed as pastor at Zion Lutheran Church on July 15. He liked Albert Lea, he said, specifically the lake, the friendly people and the congregation.

“They really were reaffirming of each other and lifted each other up at their strengths, and when they had weaknesses, they said, ‘We’ll work on that together.’ And that really hit it off with me that they are serious about doing ministry in the community of Albert Lea and sharing Christ.”

Lehman came to Albert Lea from a position in a church in the Twin Cities as the minister of worship arts. In that role, he planned services, directed the choir and contemporary band, worked with children’s music and preached occasionally.

It was a position that drew on his experience as a musician — specifically, as an organist. According to Lehman, he has played the organ since the fifth grade. He played at worship services for several churches growing up in rural Iowa. Part of that experience learning organ was what led him to become a pastor, he said. His pastors as a child were inspiring and encouraging. 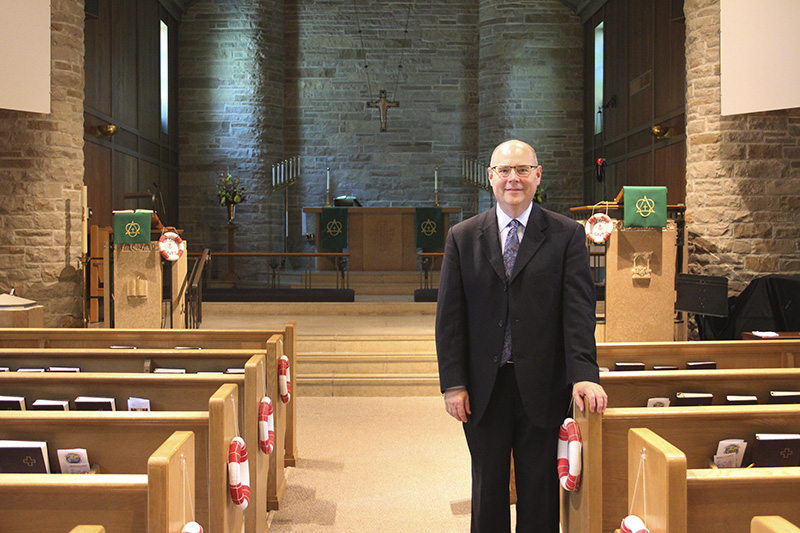 “When I was playing the organ for church, one of the pastors would come out and help me,” Lehman said. “He would stand there and sing the songs, the hymns, as I was practicing and he always said, ‘You’re doing a good job. Keep going. Keep going.’ And that was really inspiration seeing the encouragement and kind of care in Christ for other people.”

Zion Lutheran Church elder Keith Kemkes said the position of pastor at the church was vacant for 3 1/2 years, with preaching and ministry done by an interim pastor.

“I can speak for the entire congregation: We’re extremely happy,” Kemke said of having the position filled. “It was a long vacancy.”

Lehman attended what is now Concordia University in Seward, Nebraska, finishing with a music degree and a degree in elementary education. He went straight back into school at Concordia Seminary — St. Louis.

Music will continue to be part of his ministry, Lehman said. It has been throughout. In two separate congregations, his church rebuilt a pipe organ at each.

“I learned how to do all kinds of electrical sautering, releathering the chests and the chambers, cleaning all the pipes,” as well as some other new skills, Lehman said.

At Zion Lutheran Church, he hopes to start the choir up again, work with the praise band to gain new members and expand their contemporary song base, to continue enriching music in the earlier, traditional service, encourage the work being done in children’s music — especially with the children’s handbells — and to look into a possible adult handbell choir.

“He does have a heart for evangelism and getting out into the community and teaching … the people within the community about Christianity,” Kemkes said.

“To show the love and care of Christ in the community — that’s the big thing,” he said.

When he’s not practicing for his upcoming organ concert, Lehman said he enjoys walking his Jack Russell terrier, Jasper, and trout fishing when he can.

Interesting fact: Matt Lehman is a member of the southeast Minnesota chapter of the American Guild of Organists. He will also be playing an organ concert in August in Rochester as part of a Rochester concert series.