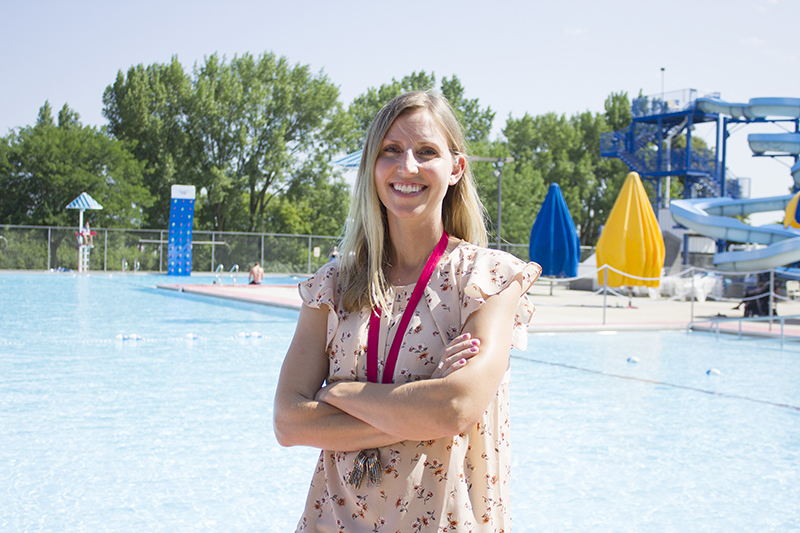 Recreation program supervisor has worked for city for 12 years

Growing up, Jennifer Davis was a local lifeguard, and during college she worked in Albert Lea’s parks system.

Today, Davis, 37, is leading efforts to ensure the community is a welcoming place for children to participate in fun activities and learn.

“It’s just basically planning activities and events for family and youth in the area,” she said. “We try to keep things free or reduced so most people can participate.”

Davis has been in her position for more than 12 years. She said her favorite part of the job is “planning an activity — whether it is just a simple activity or even an event — and seeing it come to life.”

Davis said she enjoys working with children during activities and now has staff members who were once students.

“I have kids that I remember when they were little now become staff and beyond,” she said.

After graduating from Glenville-Emmons High School, Davis attended Minnesota State University-Mankato, where she graduated with a degree in recreation, parks and leisure services.

“I didn’t go there looking for that,” she said. “I always tell people I was the lifeguard down at the Glenville Beach; I was a park leader when I was in college. I just always gravitated toward those jobs, so I think I was always doing rec-related things and didn’t realize it was a job until I got to college.”

After stints working in the Twin Cities area, Davis returned to Albert Lea and was hired by the city in 2006.

Today, Davis lives in Austin, but said she still enjoys her job enough to commute.

“I like the people I work with a lot,” she said. “I think just working with the city — it’s a good job too, obviously.”

Davis has helped implement the H2Woah! event at Wedgewood Cove, patterned after a similar program her friend was leading in Shoreview. She said her job provides her the ability to use programs proven successful in other cities.

“It’s nice having that with your job, the free reign to try new things like that,” she said.

Under Davis, the city has operated activities such as Minute To Win It, Kids Mud Run, Kids Art in the Park and other activities. She has overseen the revamping of the city’s play park program, which provides children games and activities at Academy, Hawthorne and Sondergaard parks. The city’s Summer Carnival now takes place in the evening so families can attend.