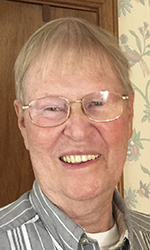 Richard was born Oct. 27, 1936, in Albert Lea to Seymour and Peggy Flanagan. He married Patricia Henry in 1958. They had two children and one grandchild.

Richard was an avid car enthusiast who spent many weekends working on or drag racing his cars. He was also a counselor for the Clutchmen Club in the 1950s. He enjoyed camping and fishing with his family and a great group of friends.

He was employed by Wilson & Co./Farmstead for 44 years. After retiring he moved to Longmont, Colorado, where he enjoyed spending time with family.

He was preceded in death by his parents; brother, Frank; son, Kelly; and wife, Patricia.