Robert Dean Mutschler, 61, of Bricelyn passed away Friday, July 20, 2018, at St. Marys Hospital in Rochester. A funeral service will be at 1:30 p.m. Thursday at Bricelyn Lutheran Church in Bricelyn. The Rev. Russ Steele will officiate. Visitation will be from 5 to 8 p.m. Wednesday at Bruss-Heitner Funeral Home in Bricelyn and will continue one hour prior to the service at the church on Thursday. Interment will be at Fairview Cemetery in Kiester. Bruss-Heitner Funeral Home in Bricelyn is assisting the family. To leave an online condolence, visit www.brussheitner.com. 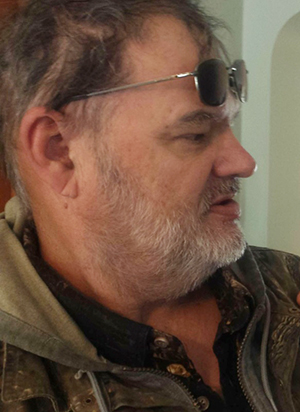 Robert Dean was born Aug. 27, 1956, in Wells, the son of Dean and Marjorie (Adams) Mutschler. After high school he attended Vo-tech for two years in Winona.

Robert was united in marriage to Edith Huntley on June 6, 1980, in Sioux Falls, South Falls. He worked for Winnebago Industries for 32 years while owning and operating Bob’s Archery in Bricelyn, which he ran for 20 years. Robert was dedicated to his service on the Bricelyn Fire and Ambulance Service for over 25 years. In 1986 Robert received the KEYC Good People Award for volunteering. He was a member of the Wells Gun Club and taught archery for Faribault County 4-H. He enjoyed archery and deer hunting, racing with his son and grandson, and collecting wildlife, racing and farming memorabilia. Robert loved all of his grandchildren, but had a special place in his heart for his grandson, Michael, and his puppy dog, Nellie.

Robert is preceded in death by his father; son in infancy, R.D.; granddaughter, Jayden Albrant; and brothers-in-law, Ron Huntley and Oscar Lee Huntley.