Robert Stiehl, 65, of Albert Lea died Sunday, July 8, 2018., at St. Marys Hospital in Rochester of cancer. There will be no visitation or funeral per his wishes. There will be a celebration of his life get-together at a later date. 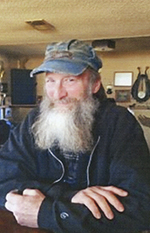 Bob was born to Russell and Phyllis (Peal) Stiehl on April 22, 1953, in Albert Lea. He was united in marriage to Laurel “Sue” Sylvara on Nov. 20, 1976. They bought an acreage in 1986. Bob was a farm boy and was happiest when he was home tinkering and driving his John Deere tractors. He had a knack for fixing anything that had a problem, and he could make what he needed for repairing whatever he was working on. In his spare time he would take his Harley out for a ride. He retired from Lou-Rich and previously worked at Progress Casting, both of Albert Lea.

He will be missed by all that knew him.