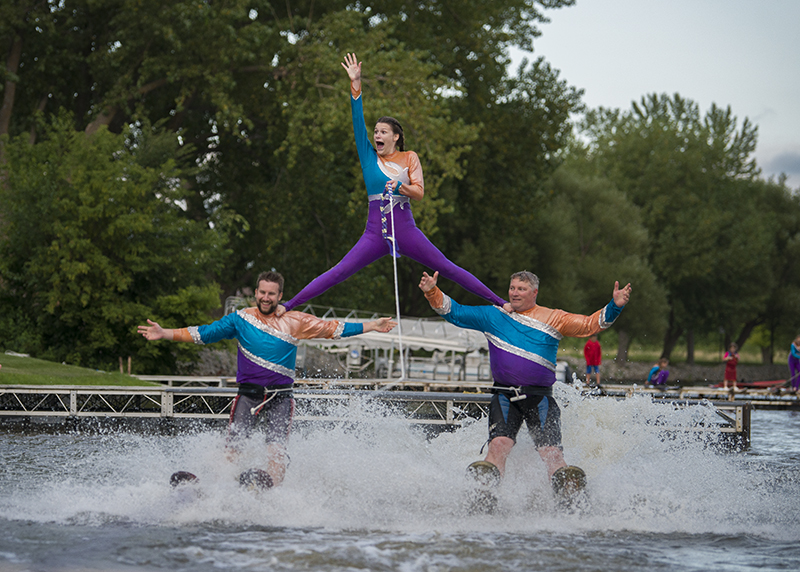 This summer’s ski show is an expansion of last season

The Bayside Ski team takes its audience on an adventure this year through the “Bayside Kingdom.”

The team has performed a show every Thursday night at Edgewater Bay this summer. This year’s show incorporates not only difficult ski acrobatics, but also a variety of acting, dancing and comedy. There is a large number of different acts during the show that accentuate the variety of talents and members on the team. The show is directed by longtime ski team member Mike Johnson. This is Johnson’s second year directing the show. 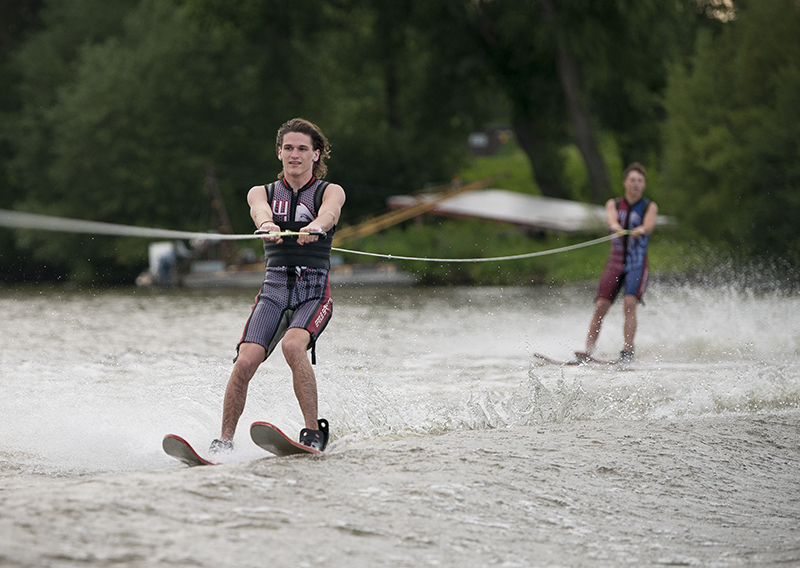 This year’s show theme is an expansion of last year’s “Bayside Kingdom,” Johnson said. The show last year depicted a story of a family going to an amusement park. This year, it has evolved into the story of a tourist group experiencing the amusement park, along with other activities.

“The show focuses on the trials and tribulations of both the tourist group and the amusement park,” Johnson said.

The team is closing in on its mid-season mark. Because of the late spring, Johnson said it was hard to get started. He said with each and every show, the team is improving. The script is coming together and bringing the show to life.

Johnson said the team loves to receive feedback from the community after the shows.

Kristen and Ike Dulas, along with their two children, play active roles on the ski team. The Dulas family has been on the team for 13 years. Kristen Dulas expressed how important it is to find something to do together as a family.

“We love it and it’s something that the whole family can do,” Dulas said. 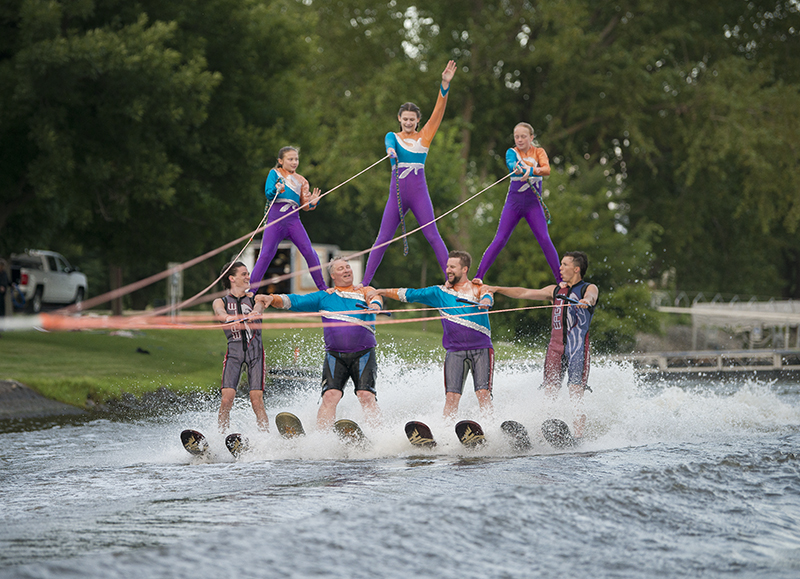 Dulas said there is a lot of work that goes in to each and every show. The team is getting excited for the Midwest Regional Water Ski Show Tournament in Cedar Rapids, Iowa, this weekend. The tournament features some of the best water ski show teams from around the area. Dulas said the tournament is a good bonding experience for the team, and they are able to watch and compete with other talented teams.

“There are huge teams with unbelievable talent,” Dulas said.

Johnson said the team is always looking for new members to be a part of the show.

He expressed how important it is for the community to realize the ski team has many roles that do not require skiing, like the boat crew and actors. Dulas said throughout the years many people have joined who do not know how to ski.

If you feel like learning how to better your skiing skills or just want to learn the basics, the Bayside Skiers host a Learn to Ski night. They will take up to four people from 4 to 6 p.m. every Monday. If you are interested, you can sign up on Facebook, call or sign up at one of the Thursday night shows.

“Those nights that we ski together is the high you want to get from summertime,” Dulas said.

The next ski show will be at 7 p.m. Thursday. 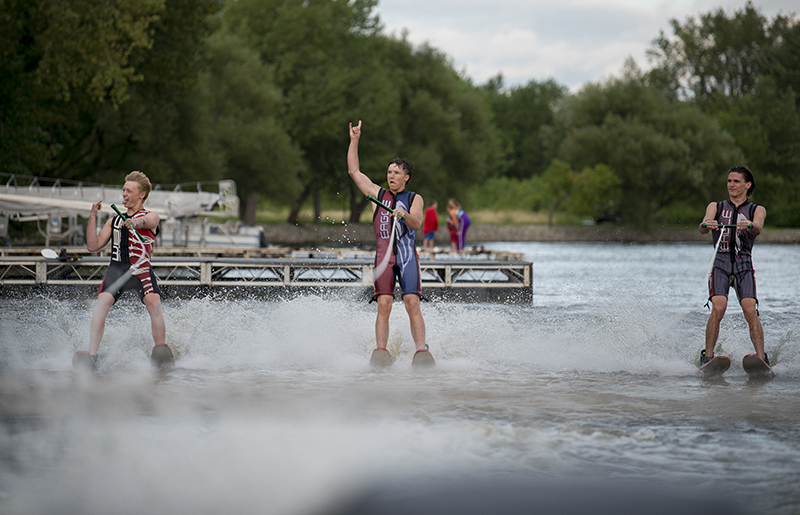 When: 7 p.m. every Thursday through the summer

Cost: free, though the club does pass the hat for donations 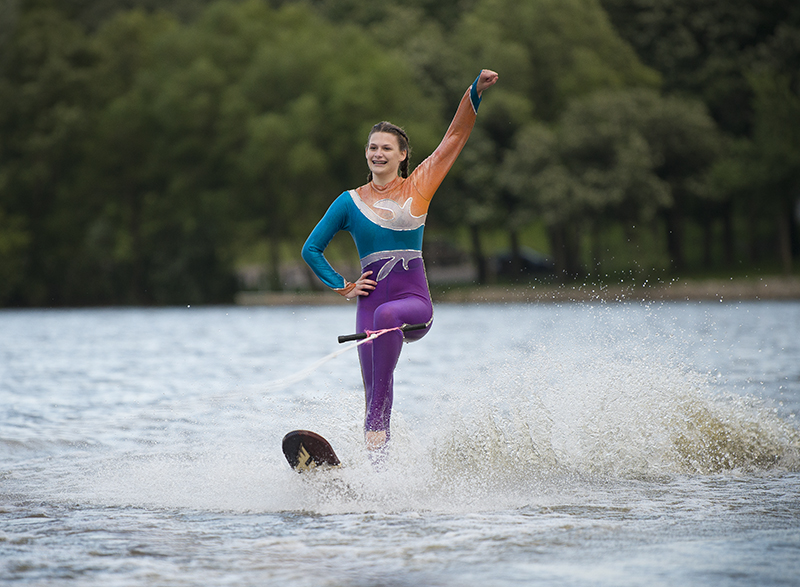