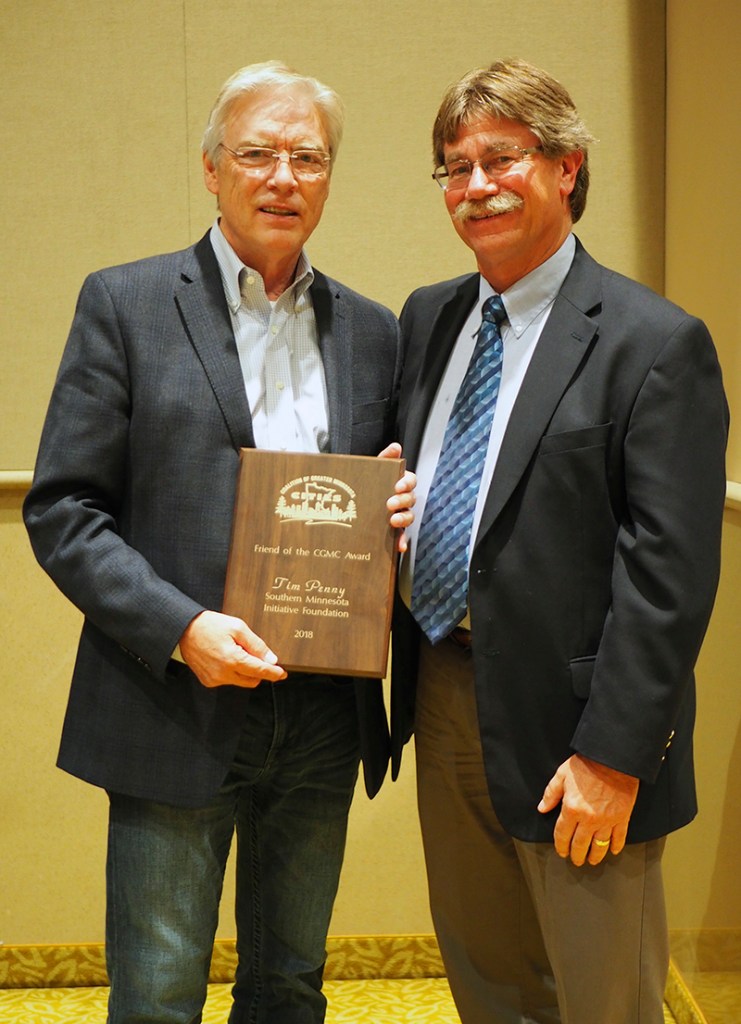 Tim Penny, president of the Southern Minnesota Initiative Foundation, received the Friend of the Coalition of Greater Minnesota Cities Award July 26 during the Coalition’s three-day summer conference in Mankato.

The Friend of the CGMC Award recognizes individuals and organizations that have helped advance the interests of Greater Minnesota.

According to a press release, as president of SMIF and a member of the board of directors for the Greater Minnesota Partnership — a sister organization of the CGMC, Penny has been a vocal and effective leader for economic development issues in Greater Minnesota. During the past legislative session, he assisted in the CGMC’s burgeoning efforts to address the child care shortage that plagues many rural communities across the state. He and his organization led efforts to inform legislators about the need for more child care options, and he advocated for legislation that aimed to increase the number of providers in Greater Minnesota.

“Tim is dedicated to promoting economic growth in Greater Minnesota,” said David Smiglewski, mayor of Granite Falls and president of the CGMC.

“As the child care crisis continues to impact more and more communities, he has been at the forefront of trying to find solutions. We look forward to continuing to work with him on this and other economic development issues in the future.”

CGMC is a nonprofit, nonpartisan advocacy organization representing 97 cities outside of the Twin Cities metropolitan area. The Coalition educates legislators about issues important to Greater Minnesota.