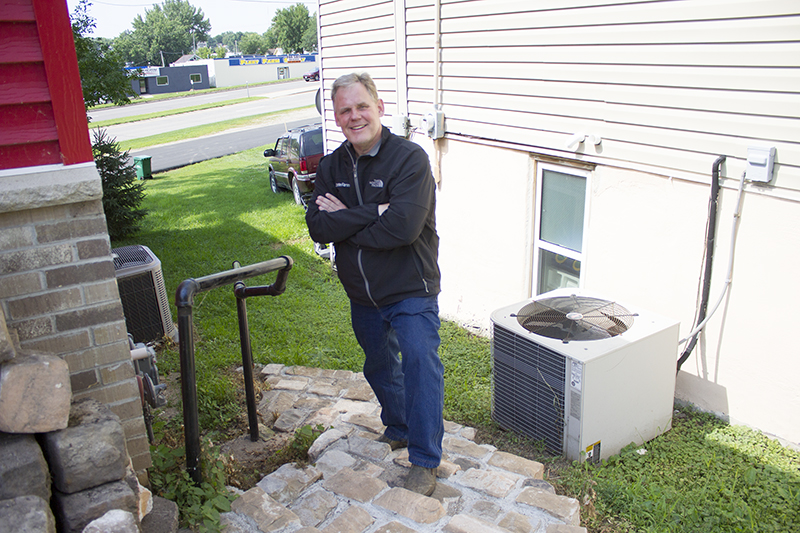 Randy Cirksena led the effort to uncover cobblestones from the 1880s near his State Farm building. - Sam Wilmes/Albert Lea Tribune

State Farm Insurance Agent Randy Cirksena recently uncovered and placed cobblestones dating back to the 1880s near his office.

The 700 to 850 cobblestones — on steps leading down a hill from the building at 324 E. William St., between parking spots and in back of the building — were discovered and placed after Cirksena was notified last summer the city planned a construction project on Lake Avenue and East William Street.

Cirksena, who heard there were cobblestones beneath the street, received permission from the city to recover them. They were found at the intersection of Lake Avenue and East William and along the edges of East William during the curbing project.

“I had a hunch they were still under them, and then last summer I contacted the city and the city said, ‘no problem,’” he said.

Cirksena estimated he spent in excess of 150 hours uncovering the cobblestones. He said they were quarried in South Dakota and brought to Albert Lea and laid in the 1880s. 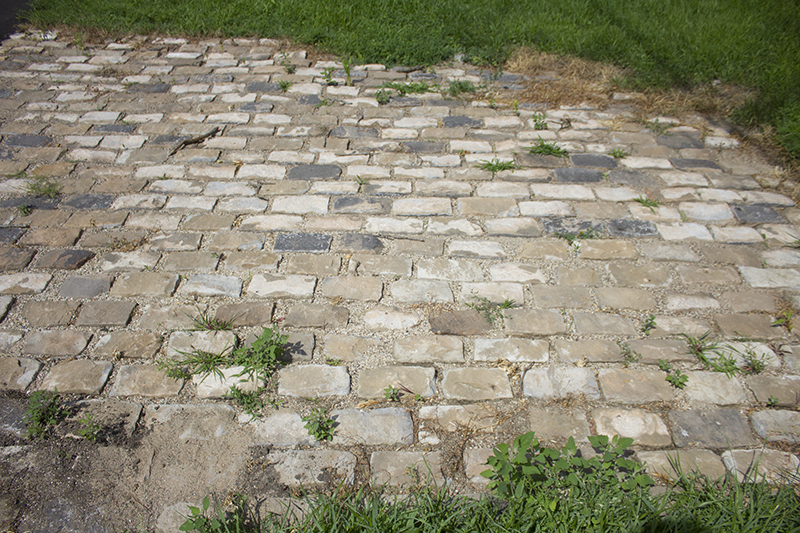 “I spent hours and hours last summer with my leather gloves and a pick-axe and a small, little plastic cart hauling those things out of the road, and it’s among the most grueling work I’ve ever done,” he said.

Cirksena said friends helped him lay the cobblestones near his building. The project was finished Wednesday.

“I just think it’s really cool to save those things, because honestly, crazy enough, as hard as I worked, there was a whole pile of them sitting in the middle of East William, and they just got dumped in a landfill,” he said. “It’s just sad to think that something so historically significant — albeit just a brick or a paver — but they’re rare.”

Cirksena said the cobblestones fit in well with the barn theme of the State Farm building, noting locals should know there are still remnants from the 19th century.

“What was a part of our history that was buried, now they’re visible again,” he said. “Me and my three sons know that they’re here, and someday when I pass, they’ll inherit this, and they know the significance of those, and they’re going to want to keep that in place.”

“It’s a good way to give back to the city, because something that was here, was buried, was part of the city’s history and its past is now a part of its present, and to me, that is a blessing in itself.”