‘The Lakeshow’ continues its reign 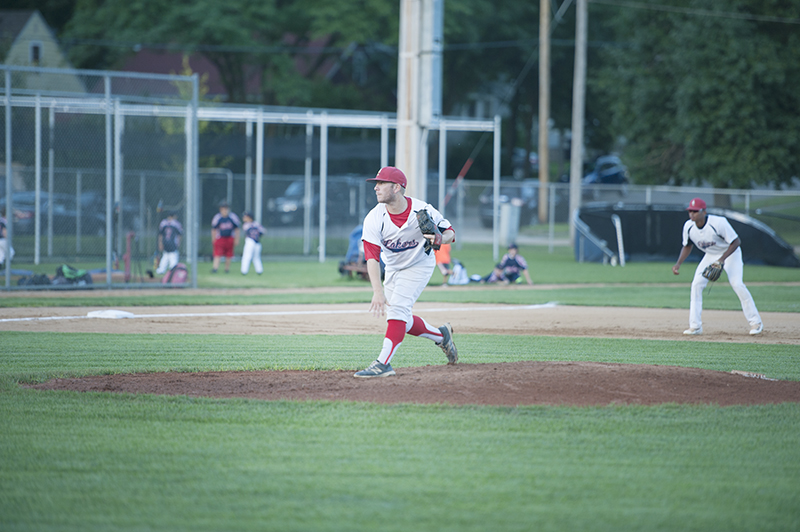 Joey Ponder made the start on the mound for the Lakers. Ponder pitched 4 1/3 innings, allowing two runs on five hits and striking out three batters. - Tyler Julson/Albert Lea Tribune

Albert Lea Lakers hold off the Peak of Ames

Fresh off securing the Pioneer League regular season title Wednesday night, the Albert Lea Lakers hosted the Peak of Ames Friday night looking to continue their hot streak as the postseason draws near.

The team that has become known as the “Lakeshow” based on their immense talent and exciting gameplay, the Lakers lived up to their reputation, beating the Peak 5-4.

Ames took a quick lead in the first inning, when the second batter of the game blasted a ball over the outfield fence. However, Albert Lea responded by taking a lead for itself, scoring three runs in the bottom of the inning. With two outs and no runners on base, Josh Dudden got things started with a single, followed by a double from Keanu Van Kuren that scored Dudden. An error put Derek Burns on base and a walk added Mitch Barrow on the bases. Mitchell Keeran then batted them both in on a fly ball to shallow center field that dropped between two outfielders.

The Peak would threaten to score in the third inning, getting two runners on base with two outs. The threat was neutralized, however, when Van Kuren made a leaping catch that saved what would have been multiple Ames runs. 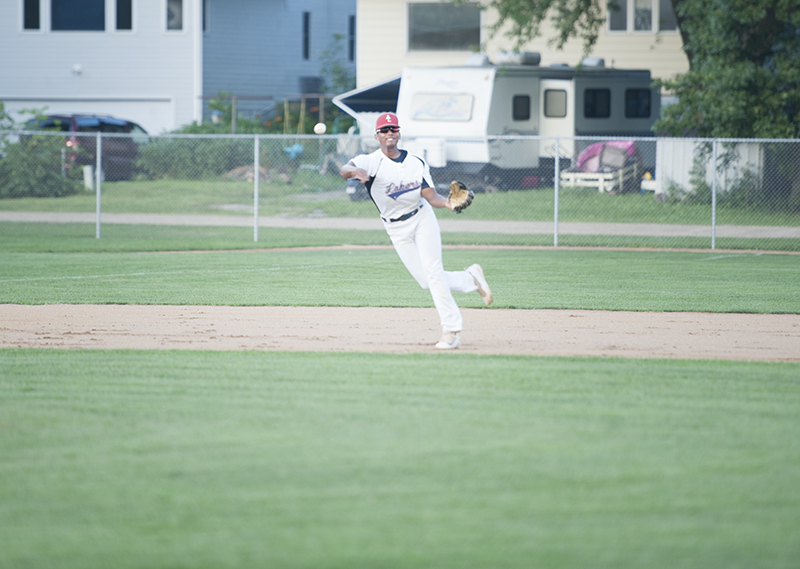 Noah Hemphill makes the throw from third to first to record the out Friday night against Ames. Hemphill was 2-3 in his first three plate appearances with a double and a single. – Tyler Julson/Albert Lea Tribune

Van Kuren wasn’t done showing off for the home crowd just yet. He proceeded to lead off the bottom of the inning at the plate, where he crushed a solo home run over the left field fence to give the Lakers a 4-1 lead.

Albert Lea added another run to the lead in the fourth when Dudden hit an RBI double that brought in Jack McCarthy from second. Ames cut into the lead with two runs in the fifth inning with another home run and an RBI single.

The Peak would make it a one-run game in the seventh inning, when a sacrifice fly brought in a run to make the score 5-4 heading into the bottom half of the seventh.

However, the Peak’s comeback attempt would end there, as they failed to gain any momentum through the final two innings of the game.

Michael Beaudoin came in as closer to start the eighth inning. Beaudoin pitched two innings, allowing zero runs on one hit and striking out one.

The Lakers climb to 24-4 on the season and will be back in action at home at 5 p.m. Monday when they host Bancroft in a doubleheader. 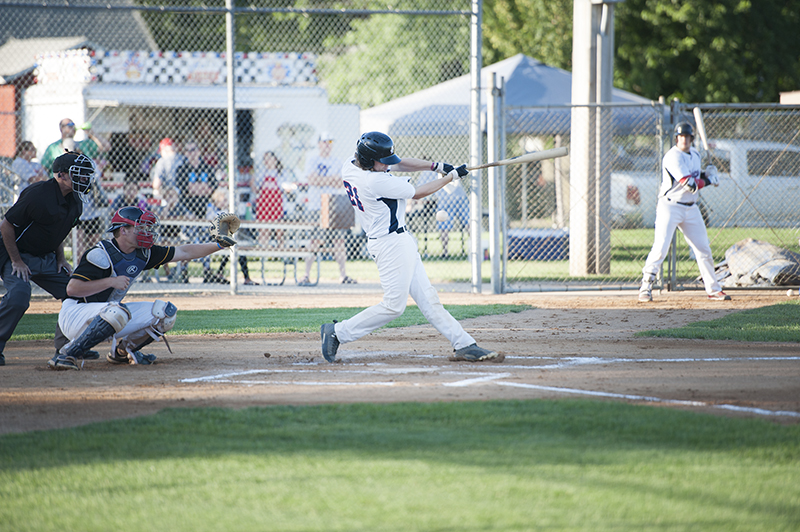 Derek Burns takes a cut at the plate in the first inning against Ames Friday night. Burns would end up reaching on an error and scoring on a two-RBI single from Mitchell Keeran. – Tyler Julson/Albert Lea Tribune