Truck driver charged in deaths of 2 women killed by boulder

HASTINGS — Investigators said a man has been charged in the deaths of a mother and daughter who were killed when a boulder fell from the man’s truck and smashed into their car in suburban St. Paul. 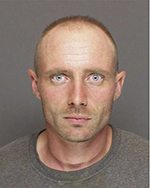 Thirty-three-year-old Joseph Czeck was charged Friday with four felony counts of criminal vehicular homicide. Investigators said an 800-pound boulder fell from the truck he was driving Monday in Rosemount.

Czech appeared in court Friday. An unconditional bail was set at $70,000.

Czeck, of Hastings, was arrested after police found his landscaping truck Wednesday night. Rosemount Police Chief Mitchell Scott said it isn’t clear whether Czeck was aware that the boulder had fallen.