Funeral services for Wayne A. Pieper, 80, of Albert Lea will be at 11 a.m. Wednesday at Our Savior’s Lutheran Church. The Rev. Michael Lilienthal will officiate. Military honors will be accorded by local veterans organizations. Visitation will be from 5 to 7 p.m. Tuesday at Bayview/Freeborn Funeral Home and one hour prior to the service at the church Wednesday. Online condolences are welcome at www.bayviewfuneral.com. 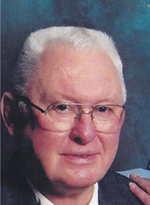 Wayne Arnold Pieper was born March 5, 1938, in LaCrosse, Wisconsin, to Arnold F. and Hilda (Peterson) Pieper from Caledonia. He attended St. John’s Lutheran School in Caledonia and moved with his family to Cashton, Wisconsin, where he graduated from high school. While there, he played football for the first football team at Cashton High. He was in Future Farmers of America and was Snow King of the Snow Ball and was in the Homecoming court.

On April 14, 1956, he married his high school sweetheart, Sandra Johnson, at Immanuel Lutheran Church in rural Cashton. He was a nine-year member of the LaCrosse Naval Reserve and was honorably discharged when the unit disbanded.

Wayne and Sandra lived in Wilton, Wisconsin, where he worked for Tilman Produce until moving to Albert Lea in 1956 to take over Al’s Shoe Repair from Alfred and Margaret Pieper. From there he formed Pieper’s Western Store and Shoe Repair on East Clark Street, which he owned and operated for 50 years. The store was Wayne’s heart and soul and he was so very proud of it. He also owned Compact Coffee of Southern Minnesota for several years and Chapparel Snowmobile. He was a member of the Junior Jaycees, Optimist, Sunset Saddle Club and Circle C Rodeo in his younger years. Wayne was active at Our Savior’s Lutheran Church, serving as president and vice president for several years. He bought his dream farm north of Twin Lakes and raised his family, along with cattle and horses. He was an avid trout fisherman and enjoyed hunting with his son, Rick, in Montana and other hunting buddies out west. Wayne and Sandra took several fishing trips to Canada over the years and a very memorable 25th anniversary trip to Hawaii.

Memorials are preferred to Our Savior’s Lutheran Church of Albert Lea, the American Heart Association or to the donor’s choice.