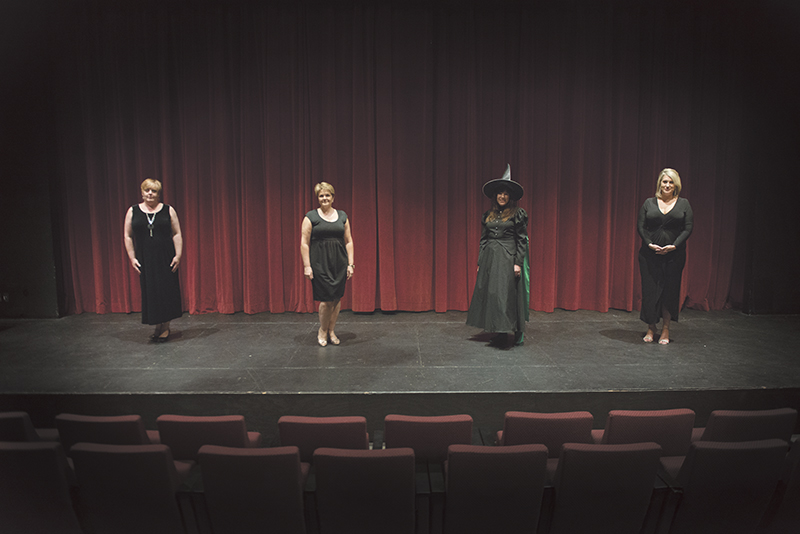 Actresses share how they got into theater, favorite parts of it

Actresses come to Albert Lea Community Theatre with different back stories. Some found the theater in adulthood, while others have been at it since almost birth. Among five of the regulars on stage at Marion Ross Performing Arts Center, there is a hodgepodge of plays, successes, behind-the-scenes stories and jobs within a production that translate to pinpoints on the timeline of ACT. But despite what makes them different, there is one thing that makes them the same. “It’s just kind of fun to play someone else for a while,” actress Teresa Wilson said. 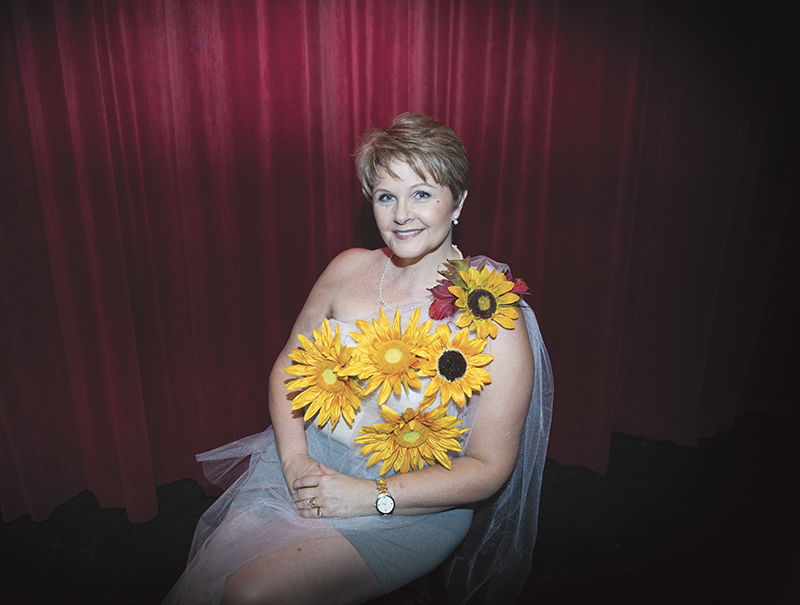 Lisa Sturtz has been in between 45 and 50 ACT plays. – Colleen Harrison/Albert Lea Tribune

For Lisa Sturtz, who has been in between 45 and 50 Albert Lea Community Theatre productions, finding the theater was finding a home.

When she moved to Albert Lea, the theater was doing a production of the “King & I.” She said she had always thought she would like to give theater a try.

Sturtz said participating in theater helped her establish an identity in town, meet people and served as an outlet during the time she was a stay-at-home mom.

When she’s not in the theater, Sturtz is a bookkeeper at Goldman, Sturtz and Halvorsen law office. She also manages Hillcrest Cemetery.

For the photo, Sturtz dressed as Chris Harper from “Calendar Girls,” her favorite character to play and also her favorite production to be in. She said the show involved many people who are very special to her.

“I love the story of the solidarity of those women, that group of friends,” she said of the play.

In addition to “The Calendar Girls,” Sturtz has also appeared in “Don’t Hug Me, We’re Married,” “You’re A Good Man, Charlie Brown” and “Love, Loss and What I Wore.” 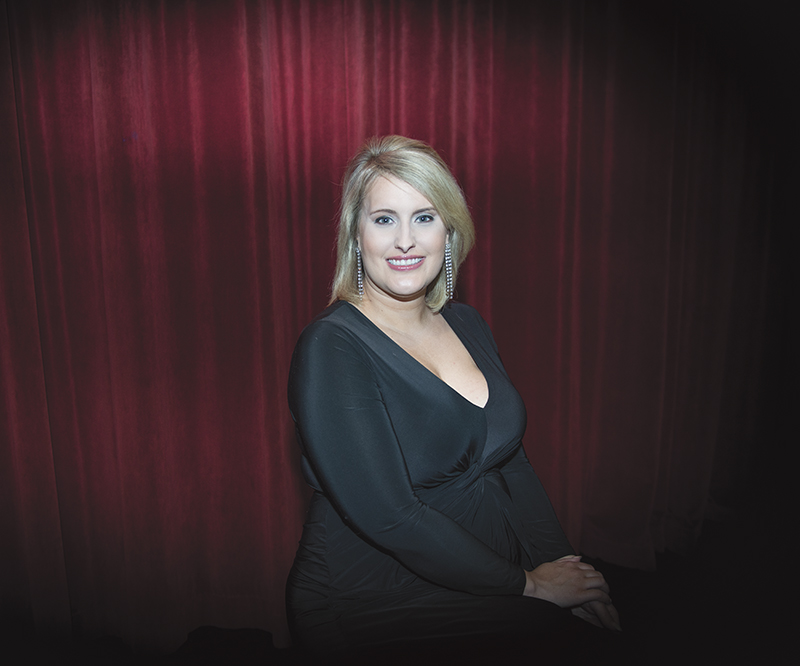 Raquel Hellman said she tries to participate in one to two ACT productions a year. – Colleen Harrison/Albert Lea Tribune

Thanks to a shift in her job that gave her the time, Raquel Hellman’s foray into Albert Lea Community Theatre was a return to an art she had already developed a love for. She said she tries to participate in one to two ACT productions a year.

“It’s just fun,” she said — fun to take a breather from everyday life, and to step into someone else’s. She said she has made some close friends through the theater.

But Hellman is also in it for the challenge: The lines don’t memorize themselves.

The stage doors don’t open themselves, either. Her most embarrassing moment on stage came during a production of “Rumors,” when she was supposed to enter the stage as if coming from a bathroom. Her cue was a knock on the door.

“She had to knock about five or six times,” Hellman said, before she realized she was supposed to be on stage.

Still, Hellman’s favorite character was the one she portrayed in that play: Claire Ganz from ACT’s production of “Rumors.”

She has participated in seven productions with Albert Lea Community Theatre, including “Twelve Angry Jurors,” “Calendar Girls,” “Sherlock Holmes” and “The Fox on the Fairway.” Hellman is an anchor and producer at KIMT. 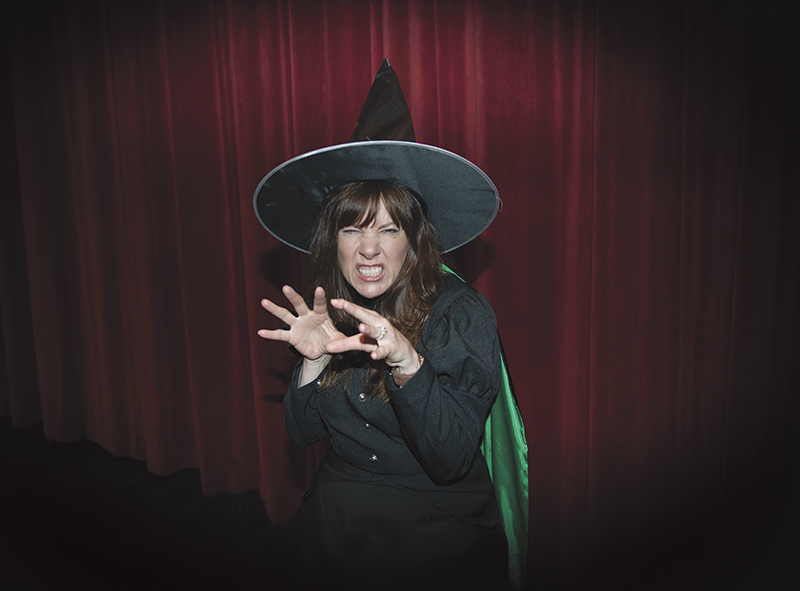 Although her on-stage count hits six, Teresa Wilson said she has helped, in some way, with every production but two since 2005. – Colleen Harrison/Albert Lea Tribune

Teresa Wilson is not the first in her family to take the Marion Ross Performing Arts Center stage. Her parents were in productions there in the 1980s. For both Wilson and her sister, it was a dream to honor them by making it onto the same stage her parents performed on. When she came to ACT, she continued the family theme by participating with both her sister and her daughter.

“Since then, it just kind of snowballed,” Wilson said.

Although her on-stage count hits six, Wilson said she has helped, in some way, with every production but two since 2005. She also works as the building clerk at Lakeview Elementary School.

“It’s just been a lot of fun to be around a great group of people, and feeling like you are making it special for other people,” she said.

That “great group of people” includes her now-fiance, Jason Howland, whom Wilson met through ACT.

Theater also gave her a chance for rotator cuff surgery. After being doused with a bit more water than usual during one performance as the witch in “The Wizard of Oz,” Wilson fell going down the trap door and injured her rotator cuff.

Although the Wicked Witch of the West is not Wilson’s favorite character she has played, she chose it for this photo because it is her most iconic role with ACT to date. 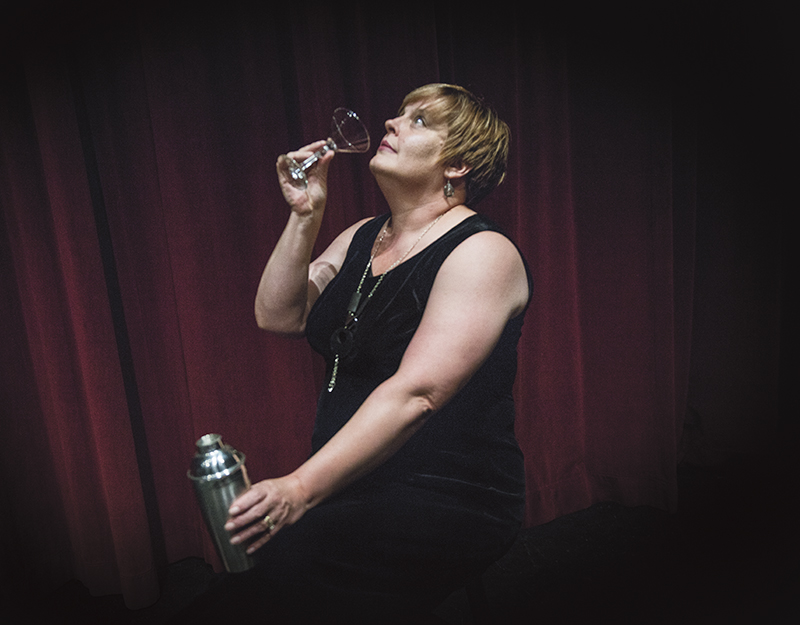 In the approximately 13 plays Kristan Dye has participated in, there’s a running thread.

“I’ve been fortunate enough to play women with very strong attitudes,” she said.

The most recent addition to her list of favorite characters is Cassie Cooper from “Rumors.”

“I liked her personality and her attitude,” Dye said.

Dye started with ACT the summer after she first moved to town. She has stuck with it because she enjoys it.

“Where else can you pretend you’re somebody else and people aren’t going to lock you up?” she said.

Dye said she is also working to challenge herself. As vice president of Albert Lea Community Theatre, she is able to pick productions that include challenges for actors involved. Her next challenge is to attract a younger demographic to the theater, she said.

At work, her job is as a receptionist at Dave Syverson Auto Center. At the theater, her job is to entertain. Her goal is to let people forget about their problems. As a comedic actress, sometimes, that includes herself. Through at least two of the productions she was a part of, she underwent some difficult personal experiences.

“You have to shut yourself off, open and just close your mind, and be funny,” she said.

Before every production, Dye said she has at least one dream in which she cannot remember her lines for the performance.

“It’s the ultimate high out there, because it’s live,” she said. “Whatever happens, happens.”

Among other plays, Dye has performed in “The Fox on the Fairway,” “Gypsy,” and “Calendar Girls.” 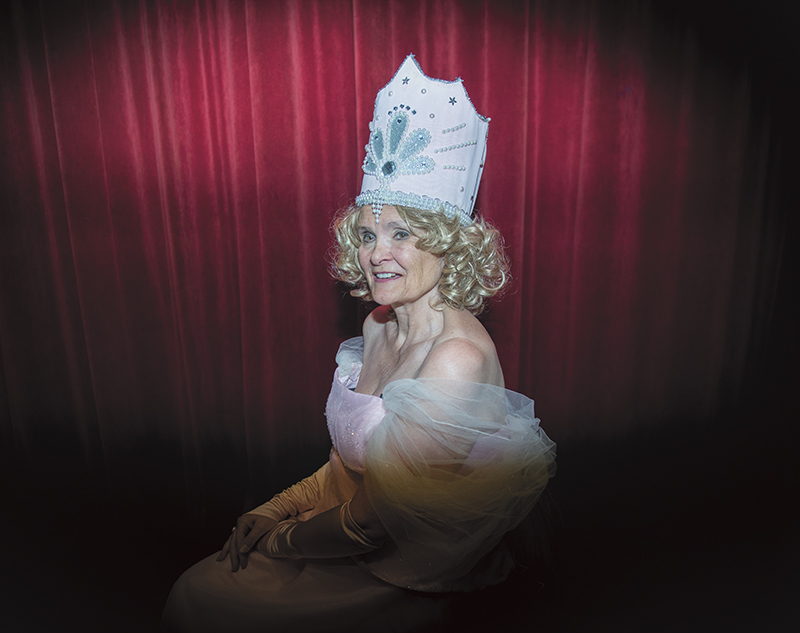 After participating in several school plays in high school, Sue Jorgensen went on to get a degree in theater from Minnesota State University-Mankato. – Colleen Harrison/Albert Lea Tribune

“I sang my first solo in church when I was 4 years old, and I was hooked,” Jorgensen said.

After participating in several school plays in high school, she went on to get a degree in theater from Minnesota State University-Mankato.

“I just love the theater,” she said. “It’s, it’s an art form that you, you can step into another character and be someone else — be somebody kind, be somebody mean, be somebody that you’re not, and entertain people. People laugh, people smile, people applaud, people accept. It’s a wonderful medium.”

Jorgensen has directed approximately 25 shows for ACT and performed in about another 25. She also spent several years as a director for Austin High School and for Albert Lea High School, as well as pitching in in Alden as well. Between ACT, those three schools and Minnesota Festival Theatre, Jorgensen said she has participated in some way in well over 100 plays since she moved to Albert Lea in 1972. Her first show was “Kiss Me Kate,” performed in the 1980s.

One highlight from her time with ACT was the opportunity to perform as the “second banana” to Marion Ross in “Chapter Two.”

Through that time, Jorgensen has played Glenda four times. Her most recent performance was for the ACT production of “The Wizard of Oz,” which she said had a marvelous director — Steve Kinney — and cast.

“(Theater) has given me a creative outlet that has enabled me to be a much happier, well-rounded person,” Jorgensen said.

Jorgensen said she will likely perform with ACT until she retires. She works three part-time jobs: as a guardian ad litem for the district court, as a piano teacher and as the music and choir director for First Presbyterian Church in Albert Lea.

She said she has no plans to retire.

Jorgensen’s time with ACT has included performances in — to name a few — “Oklahoma!,” “Annie,” “Camelot” and “The Sound of Music.”