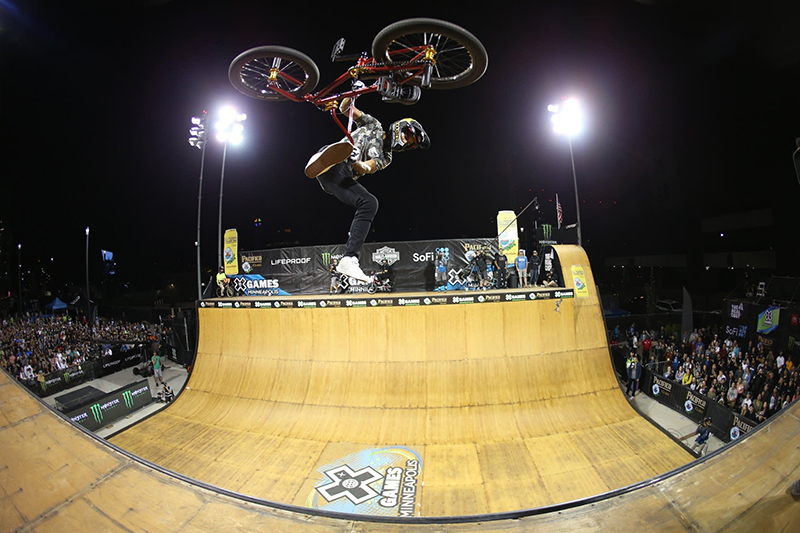 Larrin said when he’s trying new courses or attempting new tricks for competition, there’s always the chance that fear will set in.

“I’m a human being. There are plenty of times when fear sets in a little bit,” Larrin said. “But I always think there’s so much character development when you face fear and adversity. Because on the other side of that, is such a blissful moment.”

Athletes at the X Games have an approach of “artistry” when it comes to the competitive run, Larrin said. Some athletes decide what tricks to do on the fly, while others plan out their routine in advance.

“There is a personal preference. Part of it might be routine, part of it might have this influx of ingenuity in the moment and have that opportunity to express yourself,” he said. “I like to have a little bit of both.”