A new leader for the pack 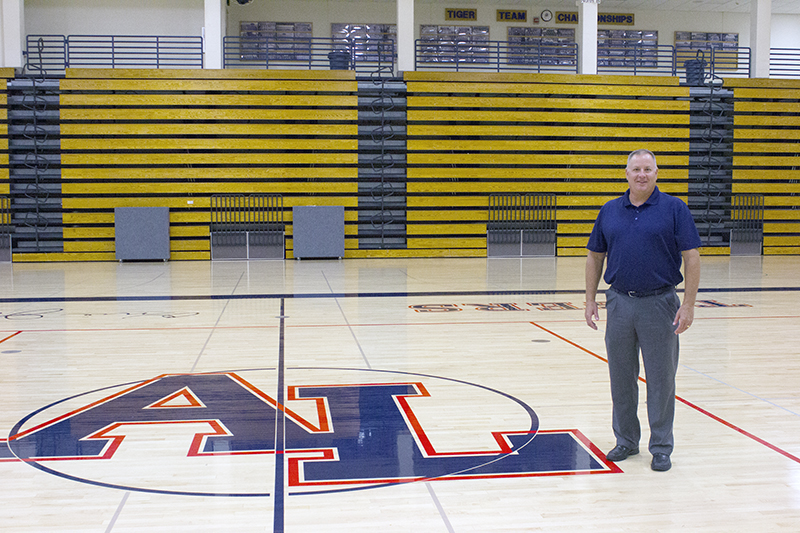 Even though the 2018-19 basketball season will be the first year for new girls’ head coach Jason Thompson, he hopes the work the team has put in over the summer will make the adjustment easy.

Thompson, originally from Elmore, graduated from Winona State with a degree in marketing and economics. He has lived in Owatonna since 1997 and has had coaching experience at many levels of basketball, including youth and traveling leagues, a stint as assistant for the Owatonna varsity team and as head coach for Cleveland High School.

Thompson said he is a defensive coach and that good defense leads to offense. Aside from on-the-court skills, Thompson said he wants to teach the girls lessons they will be able to use the rest of their lives.

Thompson has already had two months of practice and games put in with the team thanks to the summer league in Blooming Prairie. He expects there to be some small growing pains when the season comes around, but coaching in that league helped him get to know the girls before the winter season begins.

Thompson said the biggest challenge of the season will be building a good base for girls’ basketball within the entire community. He said with all the change the program has seen over the years, it can be tough to keep a program successful. He has started working with the Albert Lea Girls’ Basketball Association to try and change that.

“I want to see all levels of this program going in the same direction,” Thompson said. “I know for the youth, they don’t start a traveling league until the third grade. We have to fill that gap, getting girls introduced to the sports at a young age and then being able to keep that positive experience going through their senior year.”

Losing one of Albert Lea’s all-time leading scorers in Rachel Rehnelt is going to leave a spot to fill in the starting lineup, but many of the program’s younger talents showed signs of potential last season, and Thompson expects them to compete with a lot of the teams in the conference.

“The Big Nine is a tough conference,” he said. “What I’ve seen here, with all the talent that we have, we can compete. We need to do all the little things and have great attitude and great effort. There’s a couple good teams in the conference that will be coming back in Mankato West, Northfield and Red Wing, but there’s a lot of games out there that can be won this season and that’s exciting.”