A new leader for the Panthers 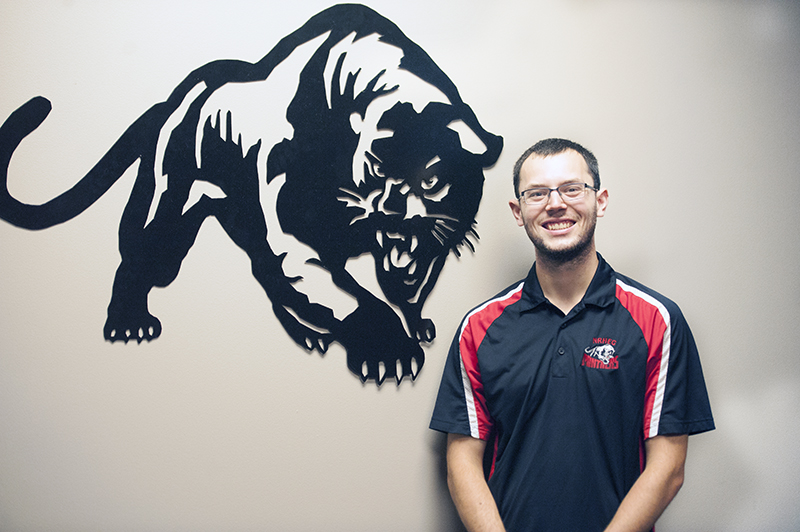 Miles Otstot will take on the role of head cross country coach in his second year of teaching at NRHEG. Otstot, also the band instructor, inherits seven letter winners from last year’s team and expects to have a successful season. - Tyler Julson/Albert Lea Tribune

NEW RICHLAND — Heading into his first year of coaching experience, Miles Otstot is hoping some of the same skills he uses instructing high school band can be used to coach his runners.

Growing up in Billings, Montana, Otstot started running cross country in junior high. He said he doesn’t remember why he started, but he always had a great time being on the team.

“I remember showing up to the first day in junior high and had no idea what I was doing,” Otstot said. “To be honest, I don’t remember why I started, but I loved it. All my friends were there so I stuck with it. Some of my best memories from high school involve cross country.”

Although this fall will be his first experience as a coach, Otstot hopes to instill that same passion he had into his runners on the team.

He said one of the most important parts of cross country is motivating athletes to do what they need to do in order to succeed. Especially in cross country, a coach can only do so much; they can’t be right over everyone’s shoulder instructing them, he said.

He said he knows there’s going to be a learning curve right away, but he’s excited for it. As the band instructor at NRHEG, Otstot said the way he instructs band will translate well into the way he coaches the team. He said although band isn’t as physical, the way he works with students and the way he motivates them are going to be similar.

Otstot said the biggest obstacle he might encounter this season is learning how to run his practices. He said learning each of the students’ abilities and the different distances they can go will be a challenge right away.

“We’ve got all the ability levels here and that’s great,” he said. “But facilitating that and making sure that everybody is getting what they need, so that I’m pushing the kids that need it and not pushing the kids who can’t do it yet too hard, is going to take some time.”

The Panthers return seven letter winners from last year’s team, which makes Otstot optimistic that they will have a successful season. But, he said the most important aspect is going to be making each runner better as an individual.

Outside of teaching and coaching, Otstot spends a lot of his time listening to music, watching soccer and being outside. He said he listens to all types of music with the exception of country and he has season tickets to the Minnesota United team.

“I’m excited to get the season started,” he said. “I know there’s going to be a learning curve once we start, but I think I’m ready for it and I’m looking forward to a successful season.”