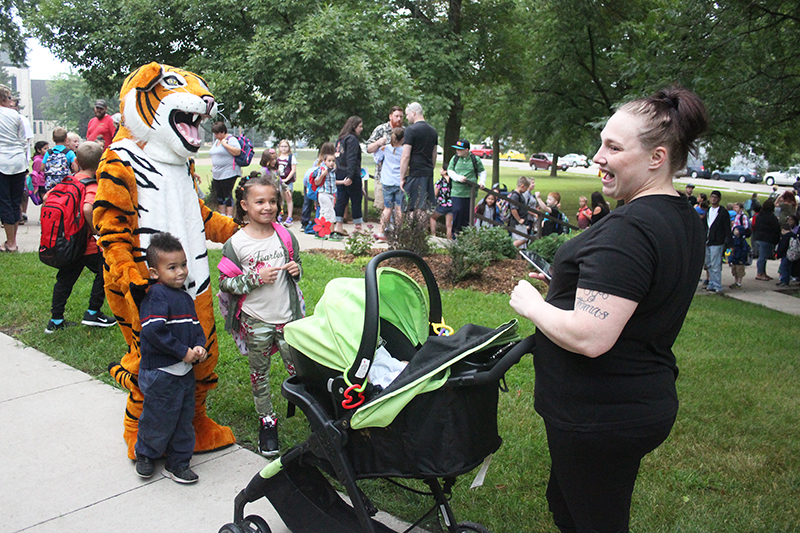 Wave upon wave of students and parents flooded into schools around Albert Lea Tuesday morning as the district started school for the year. 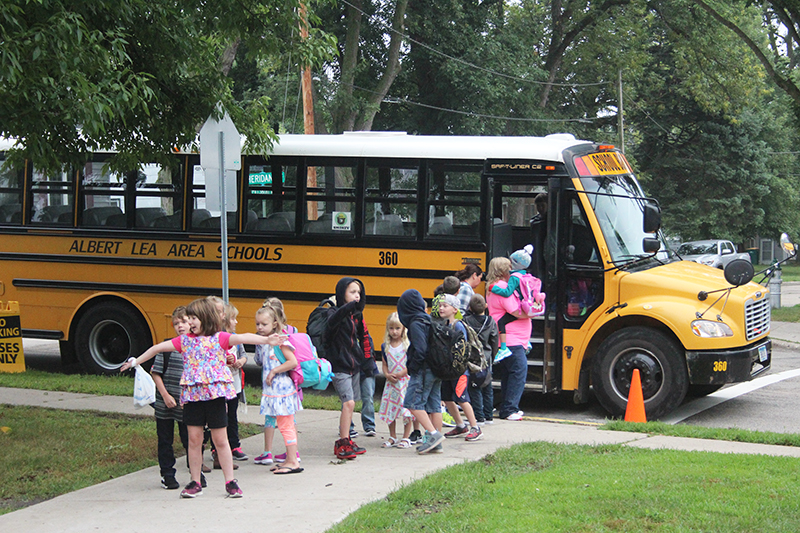 “I like singing,” she said before heading into Hawthorne Elementary School for the day.

Hawthorne school counselor Grace Pfeifer said they chose “Get in the game” as their theme for the school year, as teachers and students stepped up to be part of the Hawthorne team. 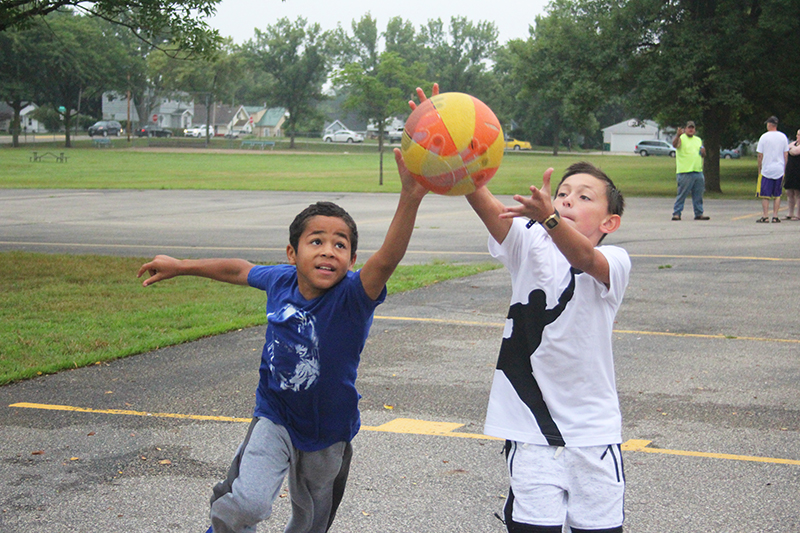 This is second-grader Rhianna Greiner’s first year at Hawthorne after attending Sibley last year. She was a little nervous to start a new school, she said, since she had nice teachers at Sibley. She said her teacher at Hawthorne also seemed nice. 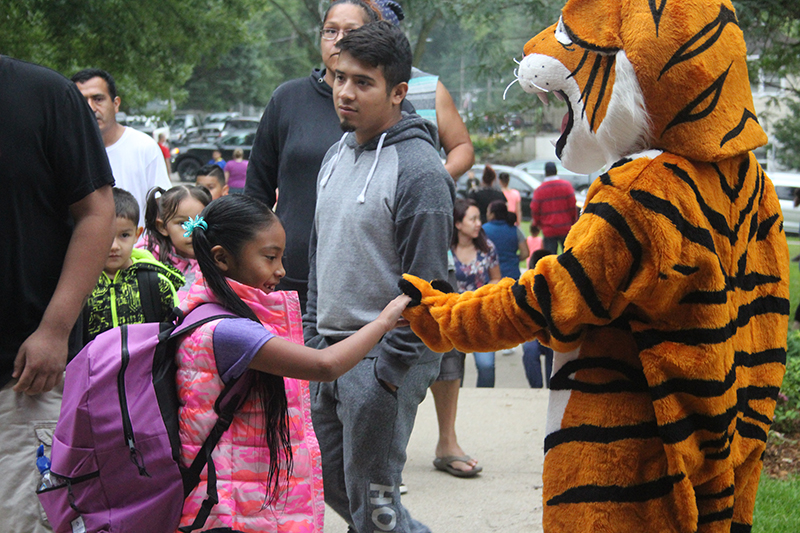 A student shakes hands with Al the Tiger as she enters school at Hawthorne Elementary School. – Sarah Kocher/Albert Lea Tribune

In a welcome email from Superintendent Mike Funk, he mentioned the year will see a continued expansion of the district’s ConnectED technology initiative as well as steps toward improving the athletic facilities. 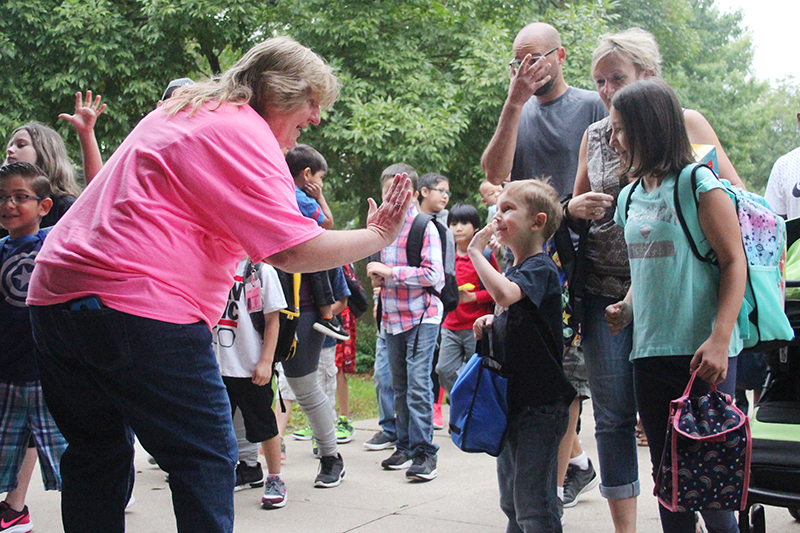 A school employee gives a student a high five before he enters the school and starts the year Tuesday morning. – Sarah Kocher/Albert Lea Tribune

Mahal is one of two new building principals, also including Chris Dibble at Southwest Middle School. Dibble made the transition from his previous position as dean of students at Albert Lea High School.

“The excitement is definitely there, I mean not only by the students but you can feel the parents are also really excited, excited for their students to have a great year.” Mahal said Tuesday morning. “And that’s what we’re going to do. Have a great year with everybody.” 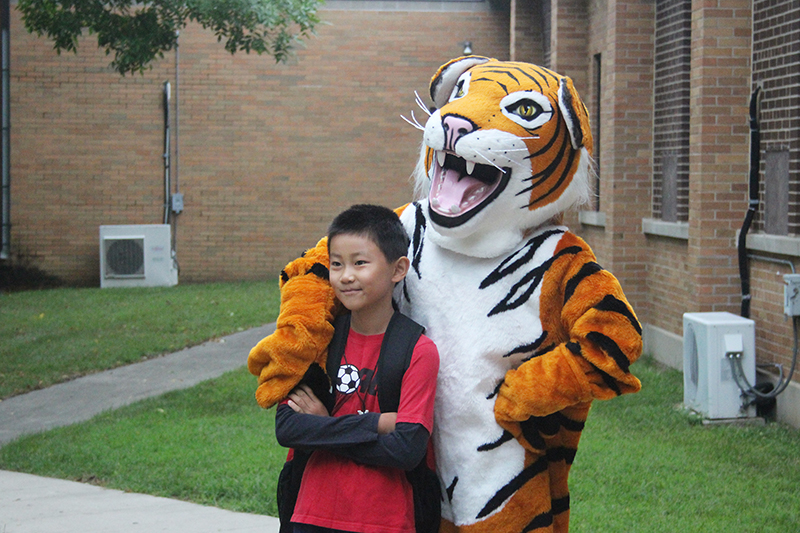 First days in the area 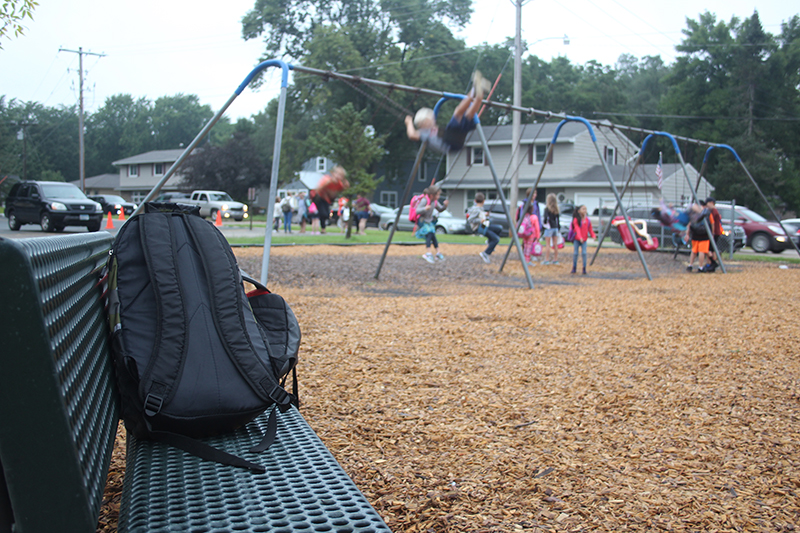 Some students line up their backpacks on the bench Tuesday morning as they play before school starts. – Sarah Kocher/Albert Lea Tribune