District has the program, church has the space 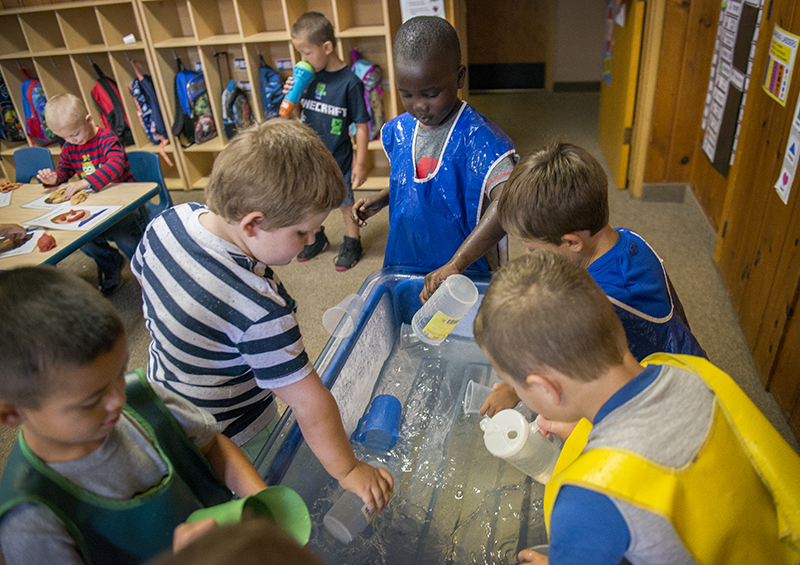 A is for adjustment as part of Albert Lea Area School’s voluntary pre-kindergarten program settles into a new location at First Lutheran Church.

Voluntary pre-kindergarten is offered through the district at two locations. It continues to be at Halverson Elementary School, while the setup previously at The Children’s Center moved to the church this year.

“We needed to have more square footage, and, you know, space is a crunch for everybody,” she said.

Hanson also said the program was expecting slightly bigger classroom sizes as it looked at numbers prior to the program’s start, which coincides with the school year.

Voluntary pre-kindergarten is open to children who are 4 years old as of Sept. 1, Hanson said. There are also location and financial considerations that mean some children receive priority placement in the program. The district has a grant for 120 spots in its program. 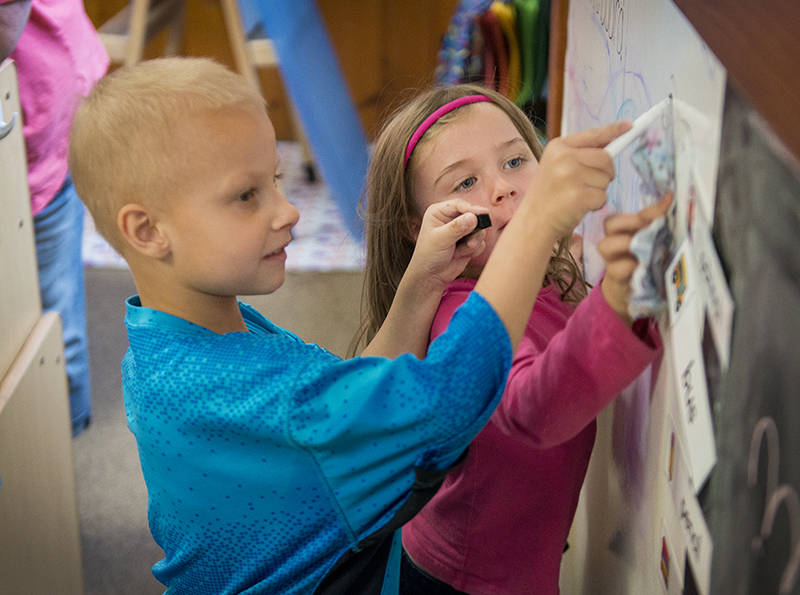 Voluntary pre-kindergarten is offered through the Albert Lea school district at two locations. It continues to be at Halverson Elementary School, while the setup previously at The Children’s Center moved to First Lutheran Church this year. – Colleen Harrison/Albert Lea Tribune

First Lutheran Church Rev. Sean Forde, Loch and Hanson are all members of a Rural Impact County Challenge group. This is how Hanson and Forde made the connection between program and space.

“We’re a collaborative group that’s just trying to help kids and families the best we can,” Hanson said.

Forde said for the church, the offer was a no-brainer.

“We have a lot of space specifically for community needs, and one of the things we hadn’t done was identify what those needs are,” he said.

Hanson said the space at First Lutheran Church is over that 1,000 square foot mark, not including bathrooms. According to Volz, the lease price per square foot is the same. The move has increased the cost of rent by $74 a month, she said. Funding for the lease comes from a lease levy.

Voluntary pre-kindergarten teacher Tiffany Chrz said having that extra space gives the children freedom to play, more room for music and movement time and has meant an expansion of the dramatic play center that now allows more children to use the space at the same time.

The change has also increased bathroom options, which means children can wash their hands faster before meals and speeds up bathroom time.

“Waiting in line for 4-year-olds is really difficult sometimes,” she said. “… When things run expeditiously, there’s less room for bad behavior or being aggravated with each other.”

In its previous life, the space at First Lutheran Church now utilized by the voluntary pre-kindergarten program was the youth room, Forde said. The pre-kindergarten room underwent minor renovations before the district’s program moved in, and the youth will now occupy a newly developed space, which is still in progress. Programming taking place in that room was also moved in what Forde said is expanding the youth ministry into the church’s own space.

“The district collaboration has prompted us to do some things here that we probably maybe should have done a while ago but maybe didn’t, and this kind of was the domino to really help spur us to do some of those things with our other space,” Forde said.

In addition to meeting a community need and earning a reputation as a church that cares about the community’s children, Forde said, it has been a chance to reimagine space use at First Lutheran.

“That room is just the beginning of what we want to do,” he said.

Hanson said the church and its staff have been welcoming and receptive to the program’s needs and ideas.

At The Children’s Center, the space previously used for one year by voluntary-prekindergarten is used for before-school and after-school programming for school-age children, and during the meetings is put to use sometimes as a teacher prep area or for meetings. She said working with the voluntary pre-kindergarten program was a good experience, and that collaboration is the best way to work.

“It’s fine that they needed more space,” Loch said. “We didn’t have it, and now we have that space back again.”

“They’re using every inch of the room,” Chrz said. 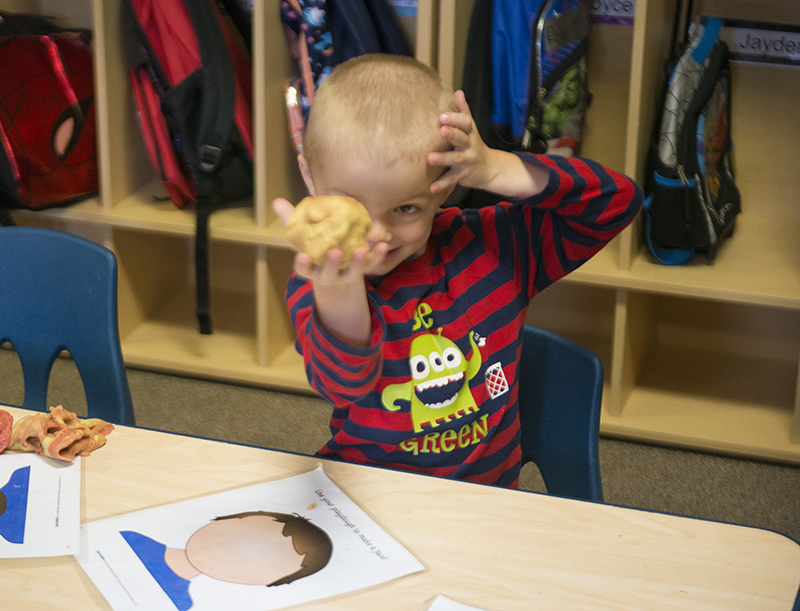