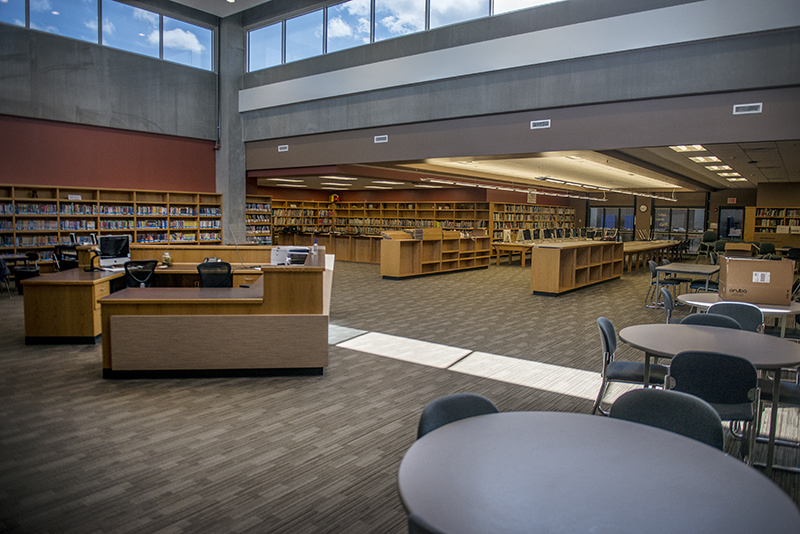 A proposal for United South Central includes installing glass walls that would give the school's media center more options for multi-purpose and simultaneous use. - Colleen Harrison/Albert Lea Tribune

WELLS — If the proposal up for a vote at September’s school board meeting goes through, one would effectively become three in the United South Central media center.

According to United South Central Schools Superintendent Keith Fleming, the proposal includes installing glass walls that would give the media center more options for multi-purpose and simultaneous use.

“Basically, it would reconfigure the media center so we have three separate areas,” he said.

Those three areas would include a makerspace for elementary students with lab materials and low-top tables for STEM activity workspace, an interactive touch-screen display and a lounge area with high-top seating that could also double as a classroom, Fleming said, and a more traditional area with resource materials for students to use in the center. Same square footage, different layout.

Both Fleming and United South Central school board chairman Dale Stevermer said the redesign would address an underutilization of some space in the center, currently tied up in desktop computers.

“We’re trying to create an environment where we’re going to get more activity in there,” Fleming said.

He said all students in the district have devices, which makes the computer lab redundant. 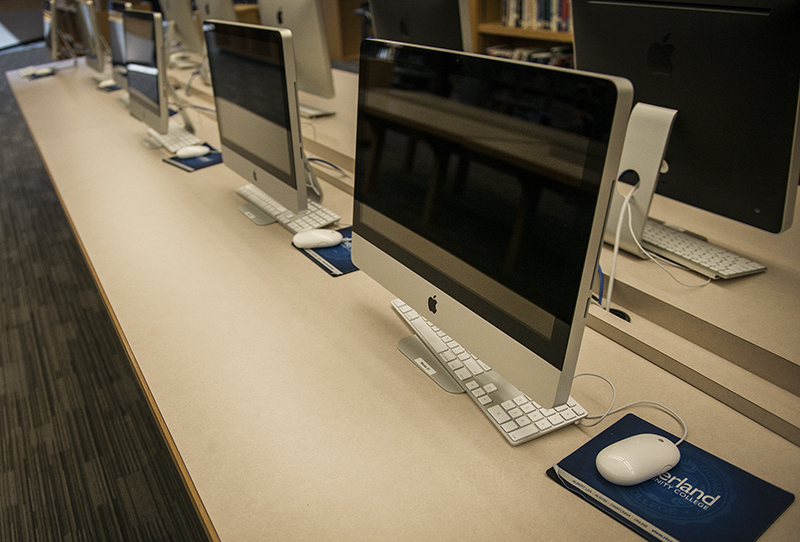 The proposed United South Central media center redesign would address an underutilization of some space in the center, currently tied up in desktop computers. – Colleen Harrison/Albert Lea Tribune

“Overall, it’s an attempt to basically try to modernize and do some baby steps in some, in collaborative learning,” Stevermer said.

If approved, the redesign budget estimate totals $72,281 and includes the glass walls, modified countertops, new furniture, high-tops and high-top seating and $10,000 for miscellaneous expenditures. Fleming said funding would come from the district’s general fund. He estimates the amount will be less than quoted, noting some estimates are more firm than others. Separate tasks are parceled out to separate companies, and Fleming said since the estimates are separate, smaller ones, the project was not bid out as a whole.

Although the item was put up for action at the Aug. 21 school board meeting, Stevermer said it was tabled to give members more time with the design and layout ahead of the vote. Fleming said the time will be used to take input from staff members and those who would like to discuss the proposal. The board will vote Sept. 18.

Both Fleming and Stevermer acknowledged the school is relatively new, but said the redesign would be a good step.

“I want us to still be innovative and leading rather than trying to scramble and make up time on some, in changes in the way our kids are, our students are taught,” Stevermer said.