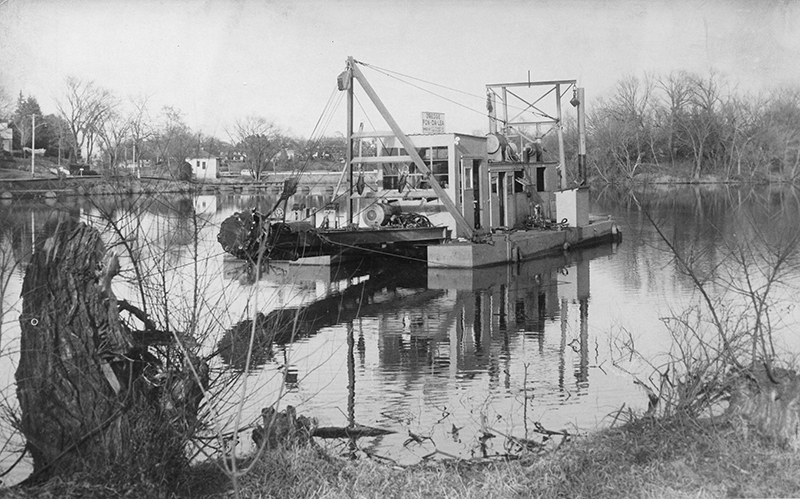 Pictured is the dredge at work in Dane Bay along Blackmer Avenue in 1962. - Photo courtesy Freeborn County Historical Museum

History repeats itself as dredge returns to Edgewater Bay

If you think you’ve been waiting a long time for Fountain Lake to be dredged, past Tribunes have news for you: in 1939, they waited longer.

“For more than 40 years, the citizens of Albert Lea have talked, periodically, about improving Fountain Lake,” a March 14, 1939, article said.

The first dredge — named “Captain George” after one George Ruble, the man credited for “making” Fountain Lake by constructing the Bridge Avenue Dam — was brought in to remove over one million cubic yards of sediment from Fountain Lake over an intended two-year period. According to an article detailing the dredge’s resale after project completion, it took three.

Like the Watershed District’s current project, the 1940 dredging intended to deal with sediment filling Fountain Lake. A March 4, 1938, article said measurements and maps showed an average pre-dredge depth of under 5 feet.

The project was undertaken by the federal Works Progress Administration, which footed almost 80 percent of the project’s overall $250,000 budget. According to the March 14 article, the city was to cover $60,000 worth. By 1941, that number hit $90,000 and included the cost of the dredge, which operated 24 hours a day except Sunday with three crews of 14 men each.

Some of the city’s bill was funded by a $1 million annual levy instituted in 1936, started as a fund for lake improvement. More funding was provided by bonds.

The dredge itself was purchased in Dubuque after use in the Mississippi River. According to a June 16, 1944, article, the dredge — with accompanying equipment — cost the city $47,000. It arrived in December 1939 in time for a spring start. It was resold for $35,000 cash (considered fair after three years of wear and tear) to Portland General Electric Co. in Portland, Oregon. 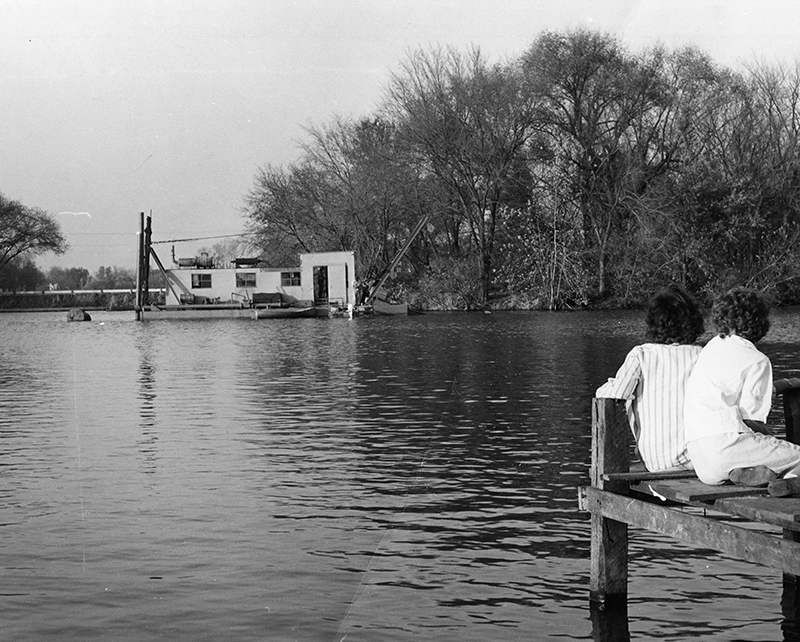 Someone has a proposal. To be exact, the Albert Lea Lakes Improvement Committee has a proposal: the depth in Dane and Edgewater bays are inadequate and there are vegetation problems.

These problems are just two of several voiced by 17 petitioners in 1941, who asked the city not to dredge, but to fill a portion of Dane Lake with “muck” taken from Fountain Lake proper. Dane Lake was marshy, they said. It was a breeding ground for mosquitoes. It was a health hazard in hot weather. You couldn’t boat or fish or swim, they said.

The city council decided not to take action at that time.

But in 1962, enter Foun-Da-Lea, so named by a Halverson Elementary School sixth-grader. Dredging started in Dane Bay in September 1962 for one month, pumping approximately 14,700 cubic yards of sediment to a fill area near Highway 13 during what was intended to be a training time to allow operators to familiarize themselves with the equipment before work began as intended in 1963.

It wasn’t a smooth operation, a Nov. 11, 1962, article said. The workers spent a large amount dealing with mechanical problems.

Dane Bay was completed in 1963, and the dredge was approved to be moved in January 1964. The city and Albert Lea Township cooperated for the dredging of both Dane and Edgewater bays. They planned for a total 249,000 cubic yards of sediment relocated to three different fill sites. According to an April 1966 article, Edgewater Bay’s average depth was 1 1/2 to 2 feet deep pre-dredge. The dredge was intended to triple or quadruple that depth.

The Shell Rock River Watershed District is two months into the first phase of dredging as part of the Fountain Lake Restoration Project. A bathymetric map done by dredging and marine construction company J.F. Brennan shows most of Edgewater Bay’s depth clocking in at 6 feet. Southwest portions of the lake already dredged by Brennan show depths closer to 8 feet, in some places exceeding 10.

The Watershed District intends to remove 617,000 cubic yards of sediment during phase one, which is projected for completion in 2019. 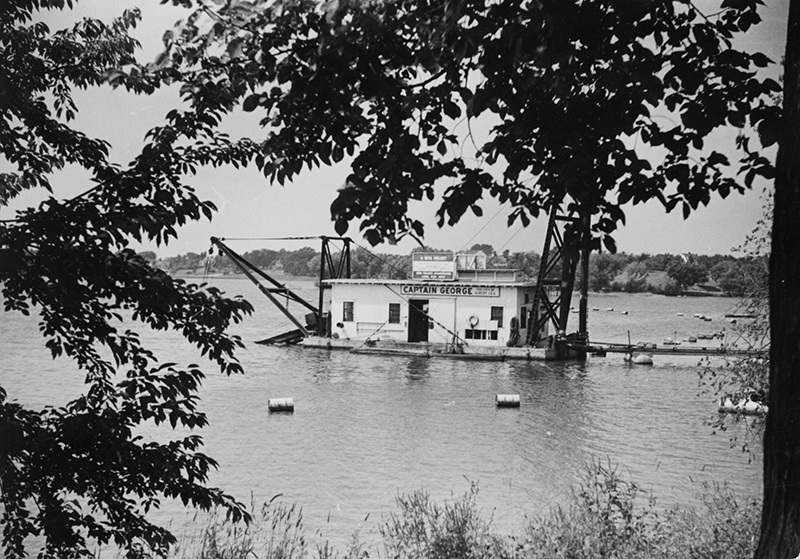