Early voting is growing in popularity 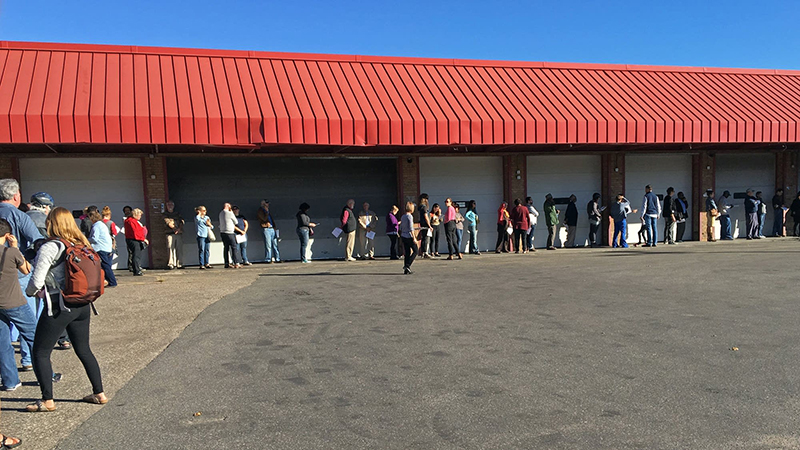 About 70 people waited in line at the South Early Voting Center on 1860 E 28th St. in Minneapolis, while a dozen people were inside voting on Nov. 3, 2016. - Brandt Williams/MPR News

In the lead-up to the Aug. 14 primary, early voting is proving more popular around the state.

The number of absentee ballots requested and sent in to be counted are up compared to the 2016 primary.

The portion of voters sending in completed ballots this year is already record-setting.

By this time in 2016 voters had sent in only 20 percent of the requested ballots. As of Monday, they’re coming back at a rate of 34 percent.

In a statement, Secretary of State Steve Simon said that early voting has grown in popularity every year since the state started allowing it in 2013.

“More than halfway through the early absentee voting phase of the 2018 statewide primary election, I am thrilled at the growth we are seeing in voter participation in all corners of Minnesota,” Simon said. “Minnesota voters in 2018 are well on their way to maintaining our best-in-the-nation status for voter participation.”

In the state’s most populous counties the number of absentee ballots cast has at least doubled as of 2016.

Scott County voters have sent in ten times as many ballots as they did two years ago.

Early voting has at least tripled in Hennepin, Dakota and Olmsted counties.