Editorial: Say thanks to a firefighter or an officer today 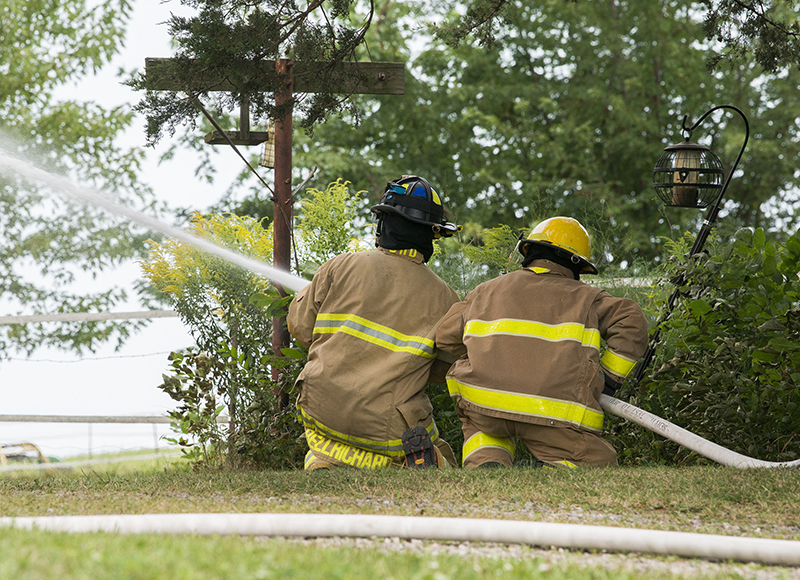 As we’re now in the middle of election season and residents have started discussing priorities for the community, we wish to shine a light on the public safety workers in Albert Lea who provide an invaluable service to the city’s residents.

For the last two weeks, Tribune photographer Colleen Harrison has had the opportunity to tag along with the Albert Lea Fire Department, as firefighters have gone through various training exercises to practice for fires.

If you’ve never had the misfortune of having a fire on your property or a loved one’s property, you may not realize how dedicated these firefighters are and how much they sacrifice each day they come to work.

On top of that dedication and sacrifice, the firefighters have top-notch skill.

It is hard to believe that as recent as 2012 — and even some on social media in the last week — there was question about whether Albert Lea needed a full-time fire department.

Though councilors at the time said the decision would mean increased property taxes, people in the community had overwhelmingly voiced support for a crew with five firefighters per shift. Residents who spoke at the meeting before the council made that decision emphasized that not having a full-time crew would not only put potential victims in danger but also the firefighters themselves. In the realm of fires, every second matters — not only for our homes and businesses but also for ourselves.

We think the council made a good decision then, and we continue to support that decision today.

We offer the same support for our city’s police officers, who put themselves in harm’s way every day.

These two groups of workers excel at their main duties of policing and fighting fires, but they also do so much more.

It is not uncommon for officers or firefighters to arrive first at the scene of a medical incident, crash or fire, and many are cross-trained in providing initial medical services in case ambulance crews have not yet arrived.

In situations where every second counts, their presence and expertise does not go unnoticed.

We hope the community continues to support these everyday heroes.