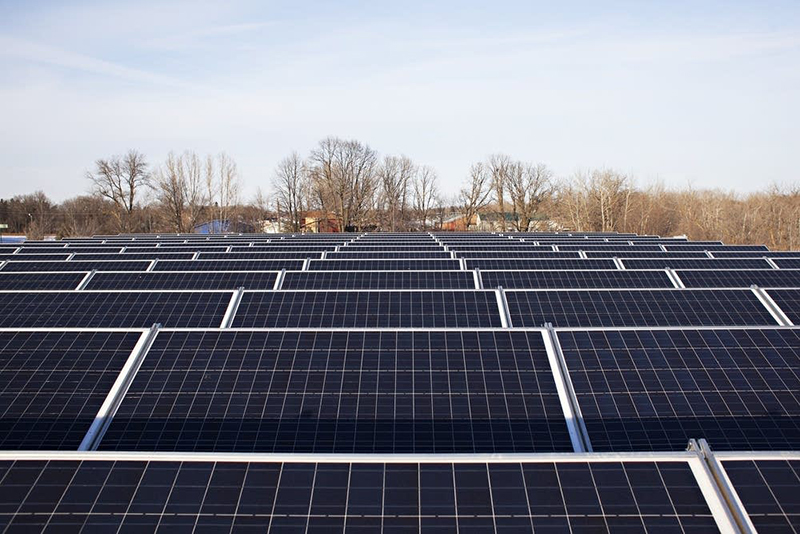 White Bear Lake-based Trane is doing a lot more work these days making buildings more efficient. And Roseville-based IPS Solar has grown from a staff of four to more than 40 in the last six years.

Both companies are examples of rising job numbers in the clean energy sector, which is outpacing overall job growth in Minnesota, according to an industry-sponsored report released Wednesday.

“We hire over 100 new engineers every year that spent 18 weeks in White Bear Lake learning the science of energy efficiency and how to apply it to buildings,” said Kevin Bollom, vice president of services at Trane, which is part of the Ingersoll Rand corporation. “This energy efficiency area is growing at a double-digit rate across the United States today.”

Energy efficiency jobs make up about 75 percent of Minnesota’s 59,079 clean energy jobs, according to the report. Besides HVAC and energy management companies like Trane, they also include window manufacturers like Anderson Corp. and companies that install energy-efficient lighting.

Overall, clean energy jobs represent about 2 percent of total jobs in the state. The Clean Jobs Midwest report relied on data from the National Association of State Energy Officers, which published the 2018 U.S. Energy and Employment report.

The job growth rate in renewable energy was higher in Minnesota than any other state in the Midwest. Minnesota solar jobs grew, while solar jobs have declined in the Midwest as a whole. One reason for that growth is a 2013 law that established a community solar garden program, said Eric Pasi, chief development officer at IPS Solar. Community solar gardens allow residents, businesses and government entities to buy into a share of a larger solar array.

“The state now has more community solar than the rest of the country combined,” Pasi said during a news conference Wednesday in Gov. Mark Dayton’s office.

Dayton said he hopes the next Legislature and governor will expand Minnesota’s renewable energy standard “to make Minnesota a coal-free state as soon as possible.” The state has already met its goal of 25 percent renewable energy by 2025, though separate goals to reduce overall greenhouse gas emissions from every sector of the economy have fallen short.

But a coalition of clean energy companies said they plan to push for state policies to encourage more energy storage projects in the state, including both batteries and thermal storage.

“We see that as being really key to sending a signal to the marketplace across the country that Minnesota is the place to come for energy storage,” said Gregg Mast, executive director of Clean Energy Economy Minnesota.

“What we want to continue to see is certainty around where and how is energy policy going to continue to support the fantastic job growth that we’re seeing,” he said. “Businesses rely on that certainty within policy to inform those long-term planning decisions.”